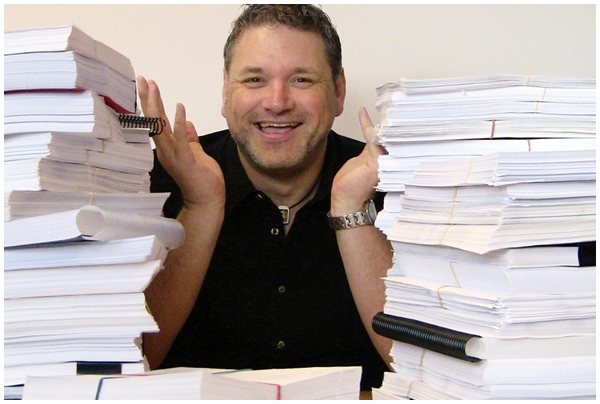 Sometimes you look at the story you wrote and know that something is missing, that the story lacks energy and drive, and that somehow nothing makes sense.

Here are 5 tips that will breathe inspiring new life into your story.

Turn an ordinary story event into an extraordinary event

We watch films and read stories to experience ordinary lives of characters escalating into a larger-than-life and magical experience.

We also watch films to understand the ordinary in the lives of superstar characters and unfathomable mysteries.

The ordinary world of your characters transform into an extraordinary realm in the third act resolution, just as the horror and unexplained terror of supernatural occurrences have a logical and simplistic resolution.

Listen to your characters and respect the choices they make

The biggest mistake you can make as a writer is to justify the actions of your characters, or try to tell them what to do and say.

True character is always revealed in what action a character takes, not what they say.

Allow your characters to be who they are.  Characters will come to life only once they trust you as a writer.

It is equally important to also allow your characters to listen to other characters, thereby allowing their response to be naturally interactive and not on-the-nose notation by the writer.

Never let other characters steal the story from your protagonist

You have to know whose story you are telling.

Ultimately, there are 3 types of characters in your story

In Hitchcock’s Pscycho, the protagonist is killed in the first act and her body dumped into a lake.  The story never becomes someone else’s story and at the end, the antagonist pays the highest price for her sweet revenge.

Know the function of every story event (scene)

It is vital for the writer to know exactly where each story event belongs in your story and what its function is in support of your thematic purpose.

You are the only one who is capable of unleashing the story that is locked inside your head.

Trust your instinct and keep in mind that whatever process you follow to write your story, and whatever guidelines from books and writing course you applied, it’s only the first step towards the shooting script.  Courses, books and cyberspace can give you all the advice in the world, but you have to ultimately write your story.

Screenwriting is the art of collaboration and once you have completed a draft to the best of your abilities and truly believe it is done, the development process from reading to spec draft to shooting script will change your story.

It is your choice as a writer to walk away once your script is handed over to the grueling development process, or like many writers in the business, you can get involved in the development process and see your baby take its first steps.

These 5 steps are dealt with in The Write Journey Course: 12 Steps To Writing The Perfect Screenplay