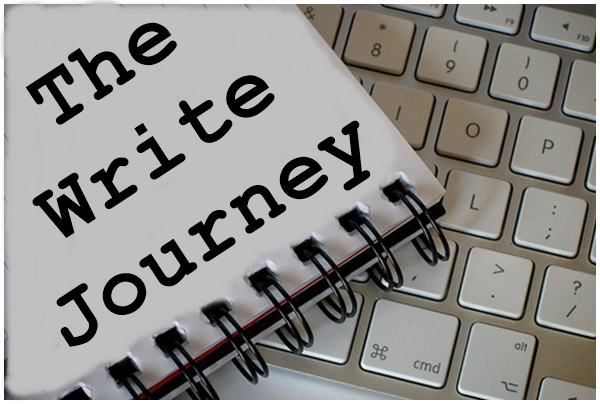 You have a story locked up inside you that The Write Journey will unleash and guide you from inspiration to writing a story the world wants to experience on the big screen or television, or a best-selling novel.

The Write Journey turns the voice in your head into actual narrative. Imagine the novel you want to read, the film /TV show you want to see, or theatre production you want to experience live, and write it.

If you want to write a story, The Write Journey is your first step in the write direction.

The inspirational journey takes you from inspiration, fully developing your idea, characters and plotting, to mastering the craft of visual narrative, culminating in writing your first pages. Your story will dictate what you write, a screenplay for film or television, a novel, or a script for theatre.

You will understand the difference between wanting to be a writer, and actually being one.

The Write Journey is an interactive, intimate and introspective journey into the world of the story, empowering writers to take ownership of the creative journey, and creative expression.

During the last 23 years, The Writing Studio has shaped the successful careers of many of South Africa’s leading filmmakers and storytellers and is now honing the skills of future writers in the art and craft of storytelling.

The course is ideal for writers who want to write for film or television, as well as novelists and playwrights who would like to adapt their stories into a visual medium. It is perfect for first-time writers who would like to define their writing skills and also recommended for seasoned writers who are trapped in the web of re-writes and unfinished projects or lost in the maze of the daunting writing process.

I absolutely loved this course and I’m still very proud of my screenplay! The course was so well structured, interesting, inspiring and encouraging that it was like having someone holding your hand throughout the whole process. I went on to do your creative writing course, which was also brilliant and which gave me the confidence to write my first cookbook and pitch it to publishers. I am now working on my fourth cookbook, which will be out in 2022. It all started here! Thank you

What is the secret behind The Write Journey?

The Write Journey not only offers a journey into the world of the story but is equally an introspective exploration into what it takes to be a writer.

It is about turning ideas into a success while learning about yourself in the process, fostering an organic process of writing your story from the inside out, and not from the outside in.

It’s uniquely two courses blended into one: Firstly, taking an insightful and inspirational journey into what it takes to be a writer, and secondly, an up-to-date exploration of what it takes to craft a story for a screenplay from inspiration to final draft, examining all the building blocks required to write a story that is ready for producing and publishing.

It explores the full dramatic or comedic potential of stories and empowers storytellers to write a compelling story that will reflect the uniqueness of their culture, history and experience.

The Write Journey is not just about learning how to write but learning to write and market yourself in a way that is attractive to managers, producers, and studios.

Tertius Kapp, who wrote the screenplay for Griekwastad, attended one of the first workshops done by The Writing Studio in 1999 at the Longkloof Studios, hosted by filmmaker Dirk De Villiers. Read interview

“It’s great to be chatting to you 20 years after you introduced me to screenwriting, Daniel!  I was 18 years old when I enrolled in your course and I remember typing on an old school typewriter, for a combination of romantic and practical reasons, because not everyone had a laptop back then. Figuring out how to format dialogue etc. manually was quite a lot of fun. And yes, of course one remembers the first notions of character, structure, etc., especially when they are confirmed by experience. Thanks for the care you took in presenting the course. “

‘’After The Write Journey, I had a much better understanding regarding the basic principles of writing for film.  With a good foundation, you give yourself the opportunity to explore any genre.  I’m for that reason extremely grateful for what I learned at your workshop.” Producer, writer and director Sallas de Jager, Free State, Roepman, Verraaiers, Musiek vir die agtergrond and Stuur Groete aan Mannetjies Roux, Dominee Tienie

‘’I started my “formal” training at a short course in writing from The Writing Studio at fifteen. It gave me a better understanding of how visuals are used to tell a story. No one dreamed or thought I am going to be making films .” Writer-director Henk Pretorius, Leading Lady, Bakgat! Bakgat 2, Fanie Fourie’s Labola, Producer of Modder en Bloed  – attended the first workshop in 1998

“I had an amazing time in Prince Albert this weekend at Daniel Dercksen’s The Write Journey Retreat in December 2021. I don’t want to call it a course because it is so much more than just this. Each of us has at least one story in us, and if you feel overwhelmed with the process of pinning down your story, I strongly recommend a Karoo visit with Daniel! This was soul-enriching, and I haven’t been this inspired in a long time!” Belinda Martins / Cape Town (2021)

“Writing books has been a long-held ambition of mine, but I never knew where to begin. Daniel’s workshop has given me exactly what I needed – the tools and the process to finally start writing books. He has a wealth of knowledge and experience and is very generous with it. The content of his workshop is rich, practical and interesting. Thank you Daniel – I’ll dedicate the first book to you!” Tamsin Collins

Very interesting course which is far more about the mental approach behind writing than a step-by-step formula for a successful screenplay. There are no time constraints so on one hand you have plenty of time to consider your assignments carefully but you also have to learn to motivate yourself (not a bad thing to learn if you’re planning to ever be a writer). Richard Starkey. Award-winning Film Editor/ Post Supervisor/ Colourist

“For anyone looking to venture in to the arena of script writing, this course is a must. You can learn only so much off the Internet, and while there are great resources available, they are often hard to understand, contain a great deal of reading, and sometimes not be comprehensive enough. The Write Journey is a must for anyone who wishes to seriously consider writing screenplays (and while my intent at the workshop was for films, both feature and short, the principles we were taught certainly translate to stage, television, and even a novel).” Andrew Germishuys, SAMDB (South African Movie Database)

“I enjoyed ‘The Write Journey’. It enriched my limited knowledge of screenwriting and I’m looking forward to applying the skills/knowledge I picked up with future endeavors. I found the course really insightful, constructive and informative. You equip students with a structure to hang their ideas on and start to build. Your supportive attitude also helps people get their ideas into sharper focus and while there’s a lot to take in, I think people feel much more prepared to tackle projects after completing The Write Journey.” Stephen ‘Spling’ Aspeling, Movie Critic Online… 2Oceansvibe | All4Women | SPL!NG | Techsmart Spling.co.za Radio… CapeTalk 567 | Fine Music Radio | Chai FM | Radio 702/ Print… Techsmart Mag | Weekend Post

“Each and every module so far has left me excited and inspired. Working through the material in my own time has given me the opportunity to spend more time exploring/questioning my story.” Catherine Quirk, I.T Business Intelligence Developer (but BMus (Wits) graduate)

Daniel Dercksen’s course offers an insightful and inspiring introduction into the craft and art of storytelling. Great motivation to help one begin that rather daunting and solitary task of transferring ones story from the imagination to the page. Writer/director Neil Coppen, creator of Tin Bucket Drum, Tree Boy, and Abnormal Loads and winner of the Standard Bank Young Artist Award for Theatre, 2011, as well as the Naledi Award for Best South African Play (Abnormal Loads), 2013

If I had attended it some five or ten years ago, so many things would have changed in my career, as well as life in general. Elelwani Ramaite-Mafadza, a lecturer at the University of Venda, as well as a researcher in the Indigenous Music and Oral History Project and involved in the CUPP project which is a project involved in rural development

“…everyone has a story. The door that The Writing Studio opened for me was my first introduction to my love and appreciation for film. Today I am a Director and a Scriptwriter. My call to adventure has just begun but in order to know where I’m going, I have never forgotten my roots… I have to say thank you to Daniel Dercksen for introducing me to the world of scriptwriting. For it has opened so many doors for me, my family and friends, since my first writing lesson.” Ross Van Leeve, shortlisted in Kevin Spacey Jameson’s First Short Film Competition.

”I’m a writer learning the process of film making and production, with the goal of building an international film production company. I took this course  to better learn the script writing process. At first I was a little hesitant cause in all my prior research, the people who wrote the material came off rather passive aggressive, condescending, and otherwise were discouraging. Daniel’s course is quite encouraging, straightforward, and easy to understand. While it was challenging in certain areas, he encourages his students to ask questions, and think critically and creatively. To anyone who’s looking to better hone their skills in writing, I would recommend his courses.” Sam Mann ,  Tucson, Arizona

” The thought of “screenwriting” always seems so complex and complicated, the workshop unpacked it and classified everything into separate manageable boxes. Daniel Dercksen knows what he is talking about, so he is able to zoom in certain things, break complex issues into smaller understandable chunks. The workshop was inspiring and it confirmed to me that I’m on the “write” track — I’m on the path of what I want to do.” Refilwe Thobega, Assistant Editor: South Africa Yearbook (Government Communications)

“The course has given me a clearer understanding of how stories are told for the big screen or television. Structured lessons also gave me a better idea on how to make a financially viable blockbuster. Daniel Dercksen has a practical approach when teaching the art of writing for film and this makes it easy to learn and follow through when I write my own stories. For me it was 3yrs of film school jam packed into 2 days of insightful lessons. ” Warren Gray- Production designer and Art Director (Assistant Art Director on History of the world – BBC & Film Afrika)