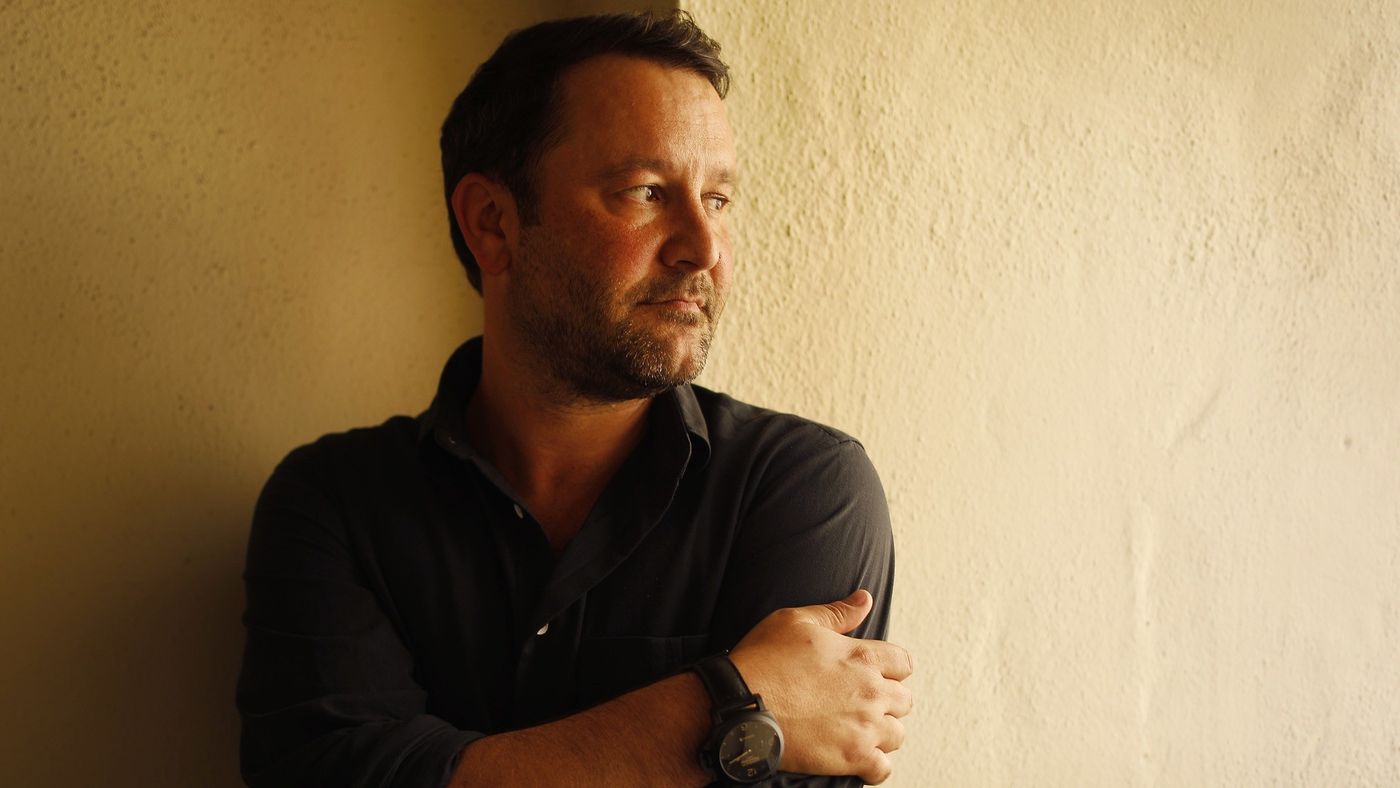 A heartbreaking, hilarious and relentlessly human film that celebrates life,  the human condition and all of its complications with humor, poignancy and love.

Director and writer Dan Fogelman, creator of the groundbreaking series “This Is Us,” takes a poignant and expansive look at love, family, tragedy, joy and fate in Life Itself.

As a young New York couple goes from college romance to marriage and the birth of their first child, the unexpected twists of their journey create reverberations that echo over continents and through lifetimes.

Life Itself follows college sweethearts Will (Oscar Isaac) and Abby (Olivia Wilde) as they fall in love, get married and prepare to bring their first child into the world. As their story unfolds, fate will link them to Dylan (Olivia Cooke), a troubled young woman trying to find a way out of her pain, Irwin (Mandy Patinkin), bringing up his son’s daughter in a perilous world, to Mr. Saccione (Antonio Banderas), a moneyed landowner in Spain, his plantation manager Javier (Sergio PerisMencheta) and Javier’s family, Isabelle (Laia Costa) and Rodrigo (Alex Monner), in ways large and small, ordinary and exceptional.

With an esteemed cast and settings that range from the crowded streets of Manhattan to sunbathed olive groves in the Spanish countryside, Life Itself asks us to question our assumptions about luck and misfortune, about triumph and tragedy, and ultimately about life itself.

Over the course of the last 15 years, Dan Fogelman has established himself as one the most versatile, creative cinematic talents working today.

As a director, producer and writer, his resume includes everything from a wildly popular and deeply emotional dramatic series (“This Is Us”) to a bittersweet romantic comedy about a straight-laced middle-aged guy forced to reenter the dating world (Crazy, Stupid, Love). His latest project, Life Itself, is his most ambitious and perhaps most personal project yet. Heartbreaking and hilarious by turns, the film combines an unconventional narrative with exquisitely realized characters for a story as unusual as it is poignant.

With an already packed schedule, Fogelman did not take the decision to direct this film lightly.

“But something about this movie got in my bones and I had to do it,” he says. “The film is about a lot of different things. It’s about life and how big and messy and full of love and of tragedy it is. It’s about people. It explores the ups and downs, the sad and the happy, and this beautiful, weird thing we’re all in together ― life itself. The plot is nearly impossible to describe ― which is one of the things that really excites me about it.”

Being one of the most successful writers and producers in Hollywood is no guarantee that someone can succeed behind the camera, but Fogelman is a visionary with a unique cinematic point of view and the skills to make his ambitious vision a reality, according to producer Aaron Ryder of FilmNation.

“This is such a complicated movie, not only in its structure and the way the story is told, but in a practical way,” he says. “You have a story spanning decades, two different continents and two different languages. There’s a huge ensemble cast. We really had to bring our A-game.”

Fogelman deftly connects the multiple storylines as the setting moves from New York City to Spain and back again.

“That makes the film seem epic to me,” says Fogelman. “This movie addresses big loss, big tragedy, big love, big moments. It’s like a larger-than-life novel in which you follow generation after generation.”

With its multiple protagonists and subtle misdirection, the film is designed to play with audience expectations, not fulfill them, he says. As a director, he has deliberately packed the film with unexpected moments and surprises, big and small. “At times, the audience will be surprised to realize whose story they are watching, which is by design. I want people to have to pay attention in a different way. The hope is we could keep people on their toes via the narrative.”

Off the Black List and into the Director’s Chair Life Itself had instantly sparked interest throughout Hollywood in 2016 when it was included on the Hollywood Black List of best unproduced screenplays.

Fogelman says he had two of the most important people in his life on his mind while writing it: his wife and his mother. “At first, I was surprised at how emotional some of the scenes made me,” he remembers.

“Eventually, it occurred to me that I was making this film for my mom, who passed away 10 years ago. We were very close. And shortly after that I met my wife and I love my wife the way Will loves Abby in the film. I realized that all along I had been writing for the two great loves of my life.”

Ryder heard that Fogelman had written a very personal script ― and that he wanted to direct it.

“We quickly managed to get our hands on a copy of it,” says the producer. “It was one of our favorites because it felt so timely and original. It’s a gift when a script this good comes across my desk.”

“The lives of two families intersect because of a tragedy. You see how these lives become intertwined over decades. It’s an incredibly funny movie, but it’s got a deep emotional core and that’s what I think people will respond to. It’s what Dan Fogelman does better than anybody else.” From early on in preproduction, it was clear to Ryder that Fogelman had a singular vision for the film.

“Dan is a guy who is built to direct,” the producer says. “He is unbelievably cinematic in the way he thinks, in the way he’s able to describe a scene to people. He is very decisive, and he knows exactly what he’s after. On set, his ability to communicate not only with the crew but with the actors is exceptional. I was taken aback every day by how skillful and thoughtful a director he is.”

Producer Marty Bowen says Fogelman started out a step ahead of most filmmakers, because he had already put so much information about how he envisioned the film on the page.

“But very few people have the capacity to direct in the way he does under any circumstances,” Bowen adds. “For Life Itself, he knew every single shot he wanted to do. He knew where the characters needed to go. He came ready to execute, not to figure it out. And that makes him very rare.”

Although the film’s international, multigenerational story is epic, perhaps Fogelman’s greatest accomplishment is how simple he makes it all seem, says Bowen. “It’s like the Beach Boys. When you hear those harmonies with an unsophisticated ear, it just sounds like really happy music. But they are really brilliant complicated harmonies. I think Dan has elevated this story in a way other people would find almost impossible to do.”

With more than a half dozen potential protagonists, Life Itself required an ensemble cast, one that included acclaimed award winners, youthful up-and-comers and international actors making their Hollywood debuts. But where some might have seen a daunting challenge, for Fogelman the process was a dream come true.

Essential to the entire endeavor was finding the right Will, the character whose tragic love story launches the movie.

Fogelman knew exactly the right man for the job: Oscar Isaac. Guatemalan-born and Juilliard-trained, Isaac has played roles ranging from an anguished Off Broadway Hamlet to the villainous mutant Apocalypse in the blockbuster X-Men: Apocalypse. “Oscar is not only, for my money, the actor of a generation,” says Fogelman. “He’s also the most funny, charming leading man you’ll ever work with. Women like him. Men like him. He’s a great actor and he’s a star.”

Isaac was intrigued by what he calls the subversive nature of the storytelling, as well as the depth of the characters. “I was taken aback by how unusual and rebellious the writing is,” he says. “Every character is a lead character with a full life to be investigated. I was constantly surprised. The most challenging thing in talking about the film is that the movie is about the unreliability of trying to narrate your own life. When you try to tell the story of one person, everything that goes into making that one person comes with a long history, and everything this person does affects what happens from here on out.”

For Bowen, Life Itself defies simple definition. “Dan has a definite point of view, but to try to articulate it is a disservice to the experience of watching it,” says the producer.

“Life is a complicated fabric and Dan is exploring that in a unique way. Sometimes bad things happen to good people. Sometimes good things come from bad experiences. That is the nature of the journey we all go on.”

Bowen applauds Fogelman’s fearlessness about confronting issues that may seem cruel to others. “He can find something emotionally uplifting in the darkness,” says the producer.

“Most people experience good and bad in their lives. The challenge is to try to reach for that silver lining. Dan has a way of finding that beautiful insight. He makes you think, but along the way he also makes you laugh and he makes you cry. Only great filmmakers are able to do that.”

As with anything he works on, Fogelman hopes the film will move people. “I hope it reflects real life while also giving people a respite from their own circumstances,” he says. “I hope that they’re going to walk out emotionally drained but uplifted also. For all the people like myself who sometimes feel there’s nothing really original out there, I hope this will fill that gap. It’s ambitious and entertaining, something that is full of emotion and overall positive about life. If people have a good two hours at a movie theater and they feel they’ve seen something that sticks with them, I’ll be happy.”