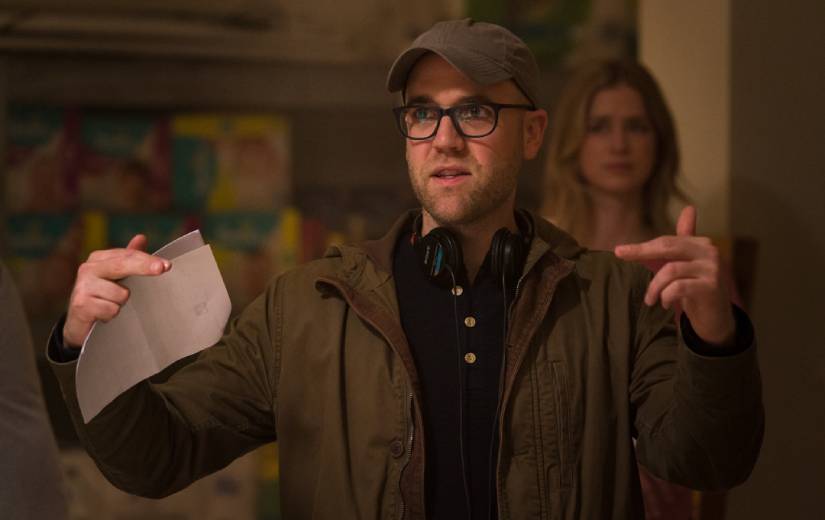 Countdown writer-director Justin Dec has 40 years, 67 days, 12 hours, 54 minutes and 25 seconds left to live … and he is happy about that.

Dec’s new horror-thriller film Countdown centers on a evil app that tells users how much time they have alive.

It is a terrifying premise for a film, but it came to Justin a few years ago when he simply set a timer on his phone and was watching the seconds tick down.

Graduating with a BSA in Film from Full Sail University, Dec’s first short, an independent pilot titled Rolling, was a film festival favorite and honored with the Best Director award at the 2010 New York Television Festival. The success of Rolling led to Lazy Me, a web series starring YouTube sensation Kevjumba that received over 7 million views. His collaboration with Kevjumba continued with the viral short Boats, a Hollywood satire that was featured all over the web. Dec has two Vimeo Staff Picks, an addy award winning commercial campaign, and over 10 million views online.

In this Q & A Justin explains why he has 40 years to live and how Steven Spielberg, George Lucas and Robert Zemeckis inspired him to become a filmmaker.

Countdown was a fun movie to watch. A lot of scares, but also laughs. Is it true you originally shot a Countdown short film and the response was so strong you were encouraged to make this feature?

Years ago I shot a short over two nights in my apartment with the basic idea of the app telling you when you are going to die. There’s a young couple who wake up in the middle of the night to their alarm going off. The girl only has three minutes left.  I started submitting it to film festivals and my producer friends Sean (Anders) and John (Morris) said, “Stop sending this to film festivals! We want to make this”.

When did you first come up with the idea for the film? Were you using your phone and a particular app?

I was using the app that you can set an alarm on, or a timer, on your phone. I opened it up one day and I was setting a timer to do something. I was watching the numbers tick down and the idea popped into my head. I thought, “What if this was ticking down to when I’m going die” and then it just started snowballing from there. We all have our phones in our pockets. We all are going to die at some point in our lives, but we don’t know when. I thought, “What if we had that information at our fingertips?” It was just a thought at the time. I wrote a quick five-page script. I had done nothing but comedy up until then, so I liked the challenge of doing something where I am building up suspense.

As scary as what Countdown is, there is a lot of comedy in it. You added your comedic sense of humor to the script.

I always remember a great filmmaker talking about how important it is to have tension in a movie and to release the tension like a valve. It naturally brings the audience back to zero. They can rebuild. Otherwise, I feel like if you have them in a state of suspense and for the whole time you’re not giving them a moment to recover. I think finding that balance of comedy gives you that room again. That was the plan all along to make sure that this wasn’t just a scary movie, but also a really fun one.

The Countdown app of course takes center stage in your movie. How important are apps in your life? Today there are apps for everything?

A: I would say the activity app is the one I use the most. I have an Apple watch and I’m obsessed with closing my rings every day. It just keeps you moving all day. There’s also a breathing app that teaches you how to do slow meditative breathing. I think everybody needs that.

What about the Countdown app? Someone actually made one, right?

Yes. I did use it. I have 40 years, 67 days, 12 hours, 54 minutes and 25 seconds left (laughs). It is actually very exciting. The person who made the app was a fan of the Countdown trailer. He is a 21-year-old app developer from England. He made his own version of the app and launched it last week and it went viral.  It was the number one app in the world.

Do you know anyone who’s used it that’s got just a couple of hours left? That would be terrifying.

It’s funny. PJ texted me and said he only has three minutes left and I read his text an hour later (laughs).

I don’t read all the fine print. I should. I’m pretty sure a demon is coming for me!

Who are your favourite horror or thriller filmmakers? Who inspires you?

I’m a total child of the 1980s. I grew up with a healthy dose of Steven Spielberg, George Lucas and Robert Zemeckis. Jaws was my all-time favorite film and the reason why I wanted to become a director. I was hooked. I loved Halloween,  Poltergeist and Alien. I think I was nine or 10 when I saw my first R-rated film. I think it was Predator.

What is your philosophy as a filmmaker?

I came up in this business fetching coffee as an intern and being a production assistant and working for a million different bosses throughout my career. I learned that the people who treated everybody with respect and had fun with what they did, everything just felt better on set and it transferred to the screen. That’s what I like to create on my sets.