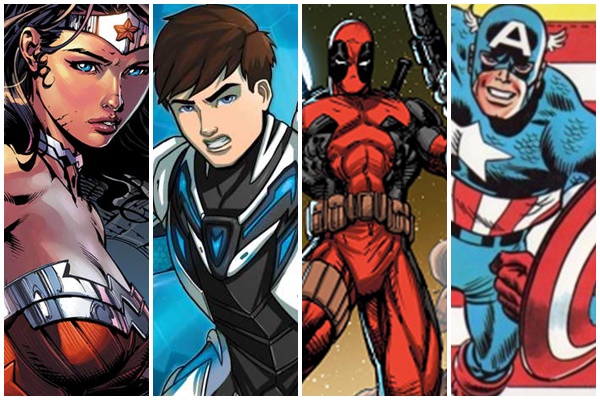 The Art Of Screenwriting and Filmmaking /   The Art Of Adaptation

ATOMIC BLONDE When screenwriter Kurt Johnstad was approached to pen the script for Atomic Blonde as an adaptation of the initial graphic novel in the series, his interest stemmed from his personal connections to Berlin. It was also a personal mission for Antony Johnston, who embarked on the graphic novel series The Coldest City in 2008, on a creative impulse to explore his long-held interest in Cold War espionage.

DEADPOOL Based upon Marvel Comics’ most unconventional anti-hero, the explosive and mind-blowing Deadpool tells the origin story of former Special Forces operative turned mercenary Wade Wilson, who after being subjected to a rogue experiment that leaves him with accelerated healing powers adopts the alter ego Deadpool. Ryan Reynolds had long championed a film version of the iconic comics character.  His deep involvement in the film’s development continued throughout production, in brainstorming sessions with director Tim Miller and screenwriters Rhett Reese and Paul Wernick (Zombieland).

THOR RAGNAROK In 1962, the now-legendary duo of Stan Lee and Jack Kirby introduced “The Mighty Thor” to readers of Marvel Comics, unleashing a new era of action-adventure with their conception of the hammer-wielding Norse god, who debuted in the sci-fi anthology “Journey Into Mystery,” #83 in August of that year.Despite the Nordic-sounding names, the story was rooted in familiar, universal conflicts that have driven human drama since the beginning of time. To this day, 55 years later, Marvel Comics continues publishing new adventures depicting the God of Thunder, the most recent being 2016’s “The Unworthy Thor” from writer Jason Aaron and artist Olivier Coipel. The newest film in the Marvel Cinematic Universe’s “Thor” franchise, Thor Ragnarok, continues the lineage of epic adventures chronicled in the franchise’s two prior big screen successes: 2011’s “Thor” and 2013’s “Thor: The Dark World,” which, collectively, earned over $1.1 billion at the worldwide box office.

Back to The Art Of Screenwriting And Filmmaking