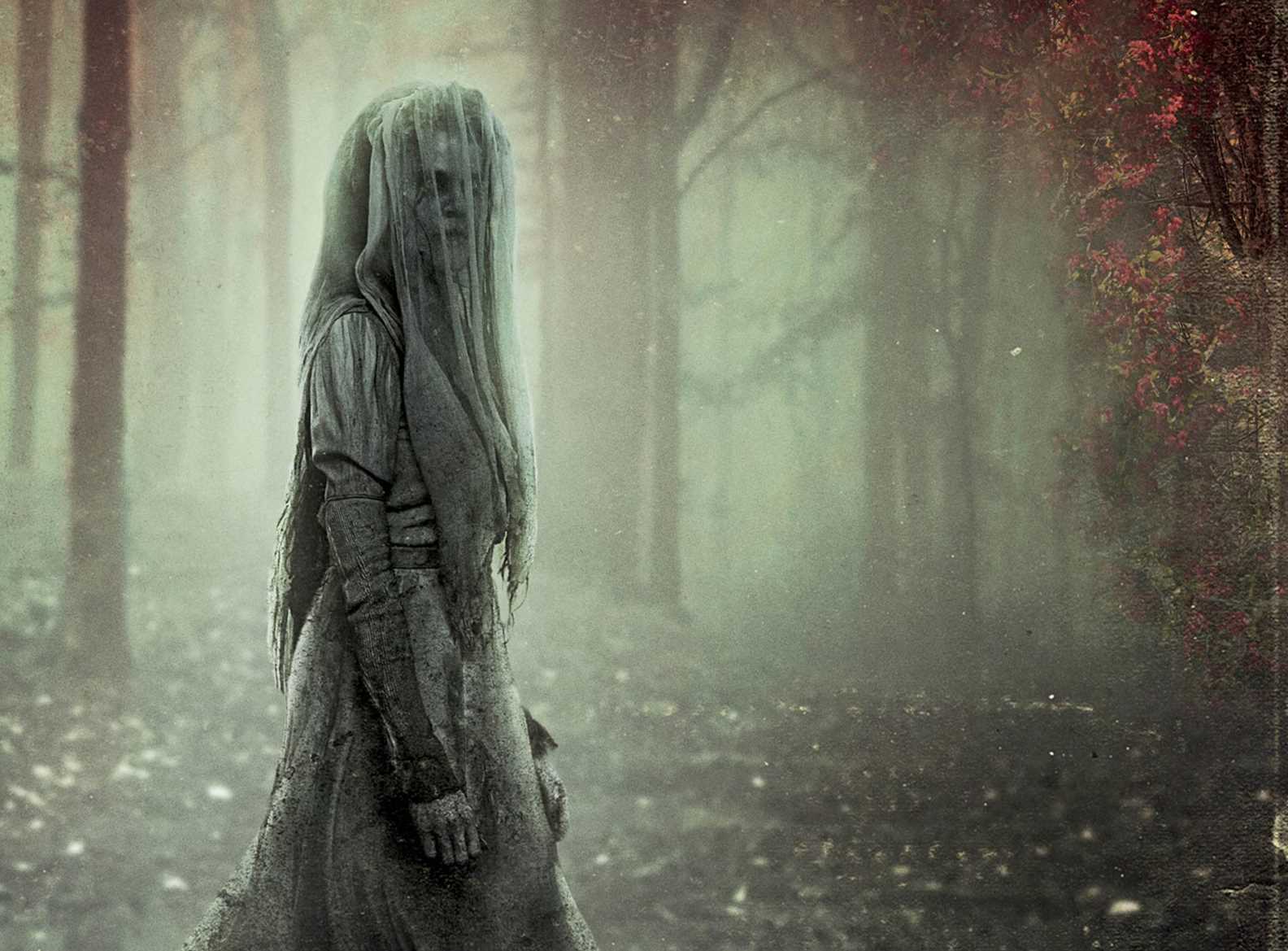 The Curse of La Llorona brings the iconic Latin American legend to terrifying life in an original horror film.

Marking the remarkable feature directorial debut of Michael Chaves, whose astounding vision and masterful direction turns Mikki Daughtry & Tobias Iaconis’ haunting and hypnotic screenplay into one of the most frightening and emotionally compelling films in the supernatural realm.


Before there were horror movies, the currency of fear the world over was folklore.  And while the best tales endure, few have retained their power to scare like La Llorona.

A mother, a woman scorned, a killer, a legend…she is the weeping woman who stalks the rivers and waterways, waiting in the dark to drag you away if you misbehave or stay out too late.  And the last thing you’ll hear is her haunting cry:  ¡Ay, mis hijos!

One of the most iconic and widely known figures in Latin American folklore, La Llorona – and her terrible, eternal hunt for children’s souls to replace the ones she drowned in life – has fueled the nightmares of generations of kids and left her mark on a vast swath of the Americas.

Her story has taken on a life of its own through centuries of tellings.  And though it twists and turns along the way, in every form and any language, one thing remains constant:  it still scares the living daylights out of anyone who hears it.

Leaving her rich origins in the able hands of the storytellers who have carried it through centuries, “The Curse of La Llorona” instead tells an original story that brings the weeping woman to life in 1973 Los Angeles, and into the path of Anna Tate Garcia, a social worker and widowed single mom, who has never been exposed to the legend that’s about to descend on her family.

“When I first came to America, one of the first stories that people would come up and tell me was the legend of La Llorona,” says producer James Wan.  “People see my movies and guess that I love ghost stories – and they’re right – but La Llorona is so much more.  It hits you at the deepest levels of horror and touches on fears you didn’t even know you had.  You understand why it’s such an integral part of people’s lives growing up.  I just became fixated on this story.  I thought, ‘What an amazing, scary figure to bring to the big screen.’”

Like Wan, producer Emile Gladstone had his first brush with the lore years ago and has been under its spell ever since.  “More than anything, I was just blown away by how rich of a tale it is, how emotional it is, and how compelling La Llorona herself is as a character,” he says.  “As a producer, you get very excited about bringing a story like that to the screen because movies are about making an audience feel something, and this legend is profoundly emotional.”

The quest to make “The Curse of La Llorona” began when producer Gladstone enlisted screenwriters Mikki Daughtry & Tobias Iaconis to begin mapping out a story.  He then got the call that would make his dream project real.  “All I had to hear was ‘James – I said ‘yes’ before I even heard his last name,’” Gladstone recalls with a laugh.  “If there’s one partner you dream of having on a project like this, who will raise it to greater heights than you imagined possible, it’s James.  He’s not only an undeniable master of this genre, he’s also a really great guy and just a joy to be around.  So I felt really blessed to have him as a partner on this journey.”

For Wan’s part, the opportunity went beyond his own obsession with the tale.  “La Llorona is a cultural phenomenon and beloved by some of the biggest horror fans in the world.  So when this project came along, all I wanted to do was help get it off the ground so people could see this story they love so much come to life on the big screen.”

With the addition of Gary Dauberman, the producing team was complete, and the search was on for a director.

But when an innovative, intensely creepy short called “The Maiden” debuted online, that critical piece of the puzzle clicked into place.  “We were all sort of bowled over by it,” Dauberman recalls.  “It was directed with such a sure hand, and managed to scare you with just a camera and subtle practical effects.  From the aesthetic, we guessed it was made by someone who loved the same movies we did – and we were right.”

Michael Chaves not only grew up loving movies, some of his favorites were directed by Wan, so to find himself in a room with one of his filmmaking heroes was akin to an out-of-body experience.  “From start to finish, this journey has been the craziest ride of my life, and such an honor,” Chaves marvels.  “James is an amazing filmmaker and was incredibly supportive.  At every stage of the process, he would come up with these great, simple insights that were always targeted to finding the story you want to tell and what the audience wants to see in each moment.  Emile is just fantastic; he’s been such a great ally and instrumental from the beginning.  And Gary has an intuitive feel for storytelling and is just a great guy.”

Executive producer Richard Brener is excited to bring the tale of La Llorona to the screen.  “This timeless and universally scary tale continues New Line’s tradition of making horror movies that tap into people’s fears, with a broad range of stories and budgets, but all with the same goal: to terrify audiences everywhere,” he says.

For the young filmmaker at the helm, it was beyond a dream come true.  “I feel incredibly lucky and grateful to be making my first film with this team guiding the project,” Chaves attests.  “And I had a dream cast to bring it to life, led by the phenomenal Linda, Raymond and Patricia.  Their performances are what make this movie so harrowing and scary.”

To honor the beliefs and traditions that inspired the film – and in the spirit of not taking any chances – before cameras rolled, the filmmakers brought in a priest and a curandero to kick off production with some spiritual protection of their own.

Following the priest’s blessing, the curandero performed a limpia cleansing ceremony, using the smoke from burning sage to remove negative energy from the set and everyone in it.  “It was my first limpia,” Chaves reveals, “and it turned out to be quite humbling.  All of us felt great power in it.  It became this profoundly meditative moment that affected everyone on set.”

For Michael Chaves The Curse of La Llorona was an opportunity for the first-time feature director to make the kinds of movies he grew up with and still loves.  “When you watch a horror movie, it activates this fight or flight instinct,” he reflects.  “Everyone is on high alert, but you have this moment of tension that just stretches on and on.  And it doesn’t always pay off…until you let your guard down.  Then it just swoops in with ruthless, relentless scares.

“That’s what I want the audience to experience – to be on the edge of your seat the whole time and then walk out of the movie smiling and exhilarated.  That’s why we go to these movies, and that’s also what makes them so fun.”

Tobias Iaconis was born in Germany, to a German mother and an American father.  A dual citizen, he grew up outside of the city of Kaiserslautern, attending U.S. Department of Defense Dependent Schools.  At the age of 18, he moved to the United States to attend Haverford College, where he studied English Literature with a concentration in Creative Writing. In 2009, Iaconis was the writer of “Behind Enemy Lines: Colombia,” a home entertainment release, starring Joe Manganiello and Ken Anderson.

Mikki Daughtry is from Barnesville, Georgia, a small town just south of Atlanta.  She received her degree in Theatre Arts from Brenau University, a liberal arts college in Gainesville, Georgia.  She moved to Atlanta and had just started directing plays when she decided to up and move again—this time to Los Angeles. Or more specifically: Hollywood.

Writing as a team

After Iaconis partnered with Mikki Daughtry in 2013, their spec script “Elsewhere” made The Black List (a survey of Hollywood’s best unproduced screenplays, as voted on by studio executives).

Daughtry and Iaconis more recently co-wrote the young-adult drama “Five Feet Apart,” directed and produced by Justin Baldoni.  Cole Sprouse and Haley Lu Richardson star in the film, which was released earlier this year and was also produced by Cathy Schulman.  The accompanying novel, which was based on their screenplay and adapted by Rachael Lippincott, was published by Simon & Schuster in November of 2018 and has become a New York Times Best Seller.

In 2019, Iaconis and Daughtry were hired to write the screenplay based on the social media sensation Esther the Wonder Pig, being produced by Jack Leslie, and Lauren Shuler Donner of the Donners’ Company.  The film will tell the true story of the couple who adopted what they believed to be a five-pound pigmy pig, only to see it grow to 650 pounds, inspiring the local community as well as millions of online followers in the process.