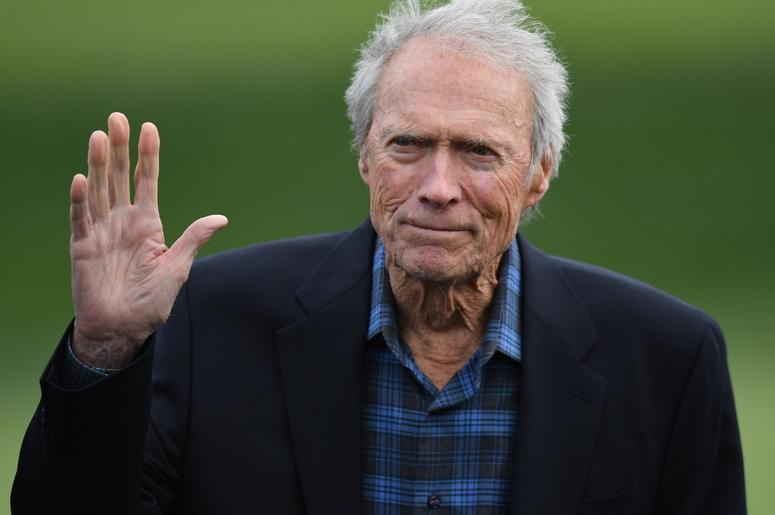 A story about second chances, that it’s never too late to be there for your family, even if you’ve messed up in the past.

The Mule marks Oscar-winner Clint Eastwood’s first time on both sides of the camera since he starred in 2009’s critically acclaimed Gran Torino. He directs from a screenplay by Nick Schenk, inspired by the New York Times Magazine article “The Sinaloa Cartel’s 90-Year-Old Drug Mule” by Sam Dolnick.

“I had read the New York Times article about the real guy who Earl was somewhat based on, and I thought it would be fun to play that age—my age, I should say,” says Eastwood. “I like to think I’m always observing, learning, and Earl’s like that.  The longer you go, the more you realize you don’t know.  So, you keep going.”

Eastwood stars as Earl Stone, a man in his 80s who is broke, alone, and facing foreclosure of his business when he is offered a job that simply requires him to drive.  Easy enough, but, unbeknownst to Earl, he’s just signed on as a drug courier for the cartel.  He does well—so well, in fact, that his cargo increases exponentially, and Earl is assigned a handler.  But he isn’t the only one keeping tabs on Earl, who has also hit the radar of hard-charging DEA agent Colin Bates (Bradley Cooper).  And even as his money problems become a thing of the past, Earl’s past mistakes start to weigh heavily on him, and it’s uncertain if he’ll have time to right those wrongs before law enforcement, or the cartel’s enforcers, catch up to him.

In The Mule, director/producer Clint Eastwood plays Earl Stone, a man nearing 90 years of age who has only just begun to realize that what he has sacrificed throughout his life—time with the people he loves—is the one thing worth sacrificing everything else for.

“Earl’s been very unsuccessful within his home life, but at the same time he’s been fooling himself about it, going around expounding to other people on how to interrelate with their own families,” Eastwood notes.  “Now, when he wants to come back into the fold, it’s hard to do.”

Having failed to live up to such promises as helping pay for his granddaughter’s upcoming wedding, Earl sees money as a means of literally buying back their affection.  If only he had some; having spent decades showering more attention on his daylilies than on his wife and daughter, the business is nevertheless in trouble, and Earl’s on the verge of losing everything.

“You can make anything fit into your own thought process if you think hard enough about it—or don’t think about it at all,” Eastwood says, explaining Earl’s way of excusing his behavior, past and present.  “He just keeps justifying everything.”

Earl surmises that if he can’t pay his loved ones back for all the years he neglected them, he can buy his way back into their good graces, now that he can afford to.  And his benevolence doesn’t stop with the family Stone; he also finances the sprucing up of the local veterans’ hangout.  Eastwood adds, “The more money he gives out, the more he thinks he’s doing the right thing by driving the drugs.  Pretty soon he’s living kind of a crazy life, even socially.  Certainly, for a person his age, he’s living in a different world.”

Indeed, Earl is behaving in ways most men his age would not.  Certain elements of Earl’s activities were drawn from the real-life man, as Eastwood explains, “We don’t really know what happened while the real guy was making these trips, but it was noted that he’d stop and help fellow travelers along the road, and that he used the money to get his farm out of hock.

“For our picture,” he continues, “we explore the downside of the upside, so to speak.  Helping people, helping rebuild his fellow veterans’ hall, rejuvenating his daylily farm… All that makes him feel a bit like a savior, but it’s morally collapsing, too.  He knows what he’s doing is wrong, and one day he’s going to have to pay the piper.”

Though Eastwood is of an age with Earl, the similarities ended there, so he looked outside of himself to create the character he portrayed.  “I’ve lived a life, so I could understand him somewhat,” he says.  “His passion for the daylilies was unusual to me, but I likened it to my grandfather’s work on his chicken farm, and I patterned Earl after him to some degree physically, including the way he walked as an older man.”

Inspired by a true story, the character moved “Gran Torino” screenwriter Nick Schenk to create another role for the venerable Eastwood.

Nick Schenk is an award-winning screenwriter, who received the National Board of Review Award for Best Original Screenplay for his script for 2009’s “Gran Torino,” which Clint Eastwood directed, produced and starred in.Schenk also co-wrote 2014’s “The Judge,” directed by David Dobkin. On the small screen, Schenk has written for the series “Narcos,” and the miniseries “Harley and the Davidsons” and “Manhunt: Unabomber.”

“The most successful drug mule in the history of the Sinaloa cartel was the least obvious drug mule: a 90-year-old guy who traveled for work,” Schenk states.  “They absolutely loved him.  Wined and dined him, let him have free reign.  So, I started from there.

“I realized Earl was really the flipside of ‘Gran Torino’s’ Walt Kowalski,” Schenk continues.  “When I researched that story, I met a lot of vets and a lot of them seemed to have come back one of two ways: mad at the world, like Walt, or having put it behind them, charming and quick to put others at ease.  That was my basis for Earl’s easy nature, his sense of fun, his panache.  Of course, all of that was for his friends and coworkers.  As his ex-wife observes in the film, everyone else got the fun version of Earl, while she and the family got the guy who could hardly wait to get away.”

As both filmmaker and actor, Eastwood appreciated the world Schenk created for Earl.  “Nick has a great way to write a character who is always learning something, even if he’s an older guy.  Earl keeps his mind open and is interested in the world around him, even if it gets him into trouble.”

Eastwood feels the biggest weight on Earl isn’t the drugs, or the fact that he’s committing a crime.  The guilt he carries is the cargo he can’t seem to unload.  But he tries.  “He’s in a bad position financially, he needs money or he’ll lose his home and his life’s work,” the director observes.  “And once he gets a taste of the money, he can’t resist playing Robin Hood a little, doing good for other folks, rationalizing his actions.  But he’s on the wrong side of the law, and that proves to be dangerous—both for him and for others—and that worries him.  I liked the idea of this guy with so many physical and emotional obstacles to go through.”

“When I read the screenplay, it was easy to see Nick wrote Earl with Clint in mind, and I could easily envision him as the character,” says producer Kristina Rivera.

Rivera was also drawn to the film’s themes of regret and forgiveness, and even recompense, which, she says, “resonate with people on many levels.  I loved that the story was about second chances, that it’s never too late to be there for your family, even if you’ve messed up in the past.”

For Earl Stone, driving is easy; it’s his life that’s been hard to steer, full of regrets for past mistakes and for mistakes he’s knowingly making now that will, he hopes, make for a less remorseful future.  It all comes down to two simple things that can prove to be life’s most difficult: family, and forgiveness.

Eastwood relates, “With every picture you make and every time you act, you learn something.  By telling stories, acting them out, having those adventures, solving those problems… It gives you a sense or a feeling about yourself, how you’d do it in real life.  That’s what makes this career so appealing.

“Earl is a guy who knows he hasn’t done the right thing by his family, but now he’s seeing that they may never forgive him.  That’s a crushing blow,” he continues.  “We always think we have time.  Maybe we don’t.  But maybe we do.  Maybe even Earl does.”