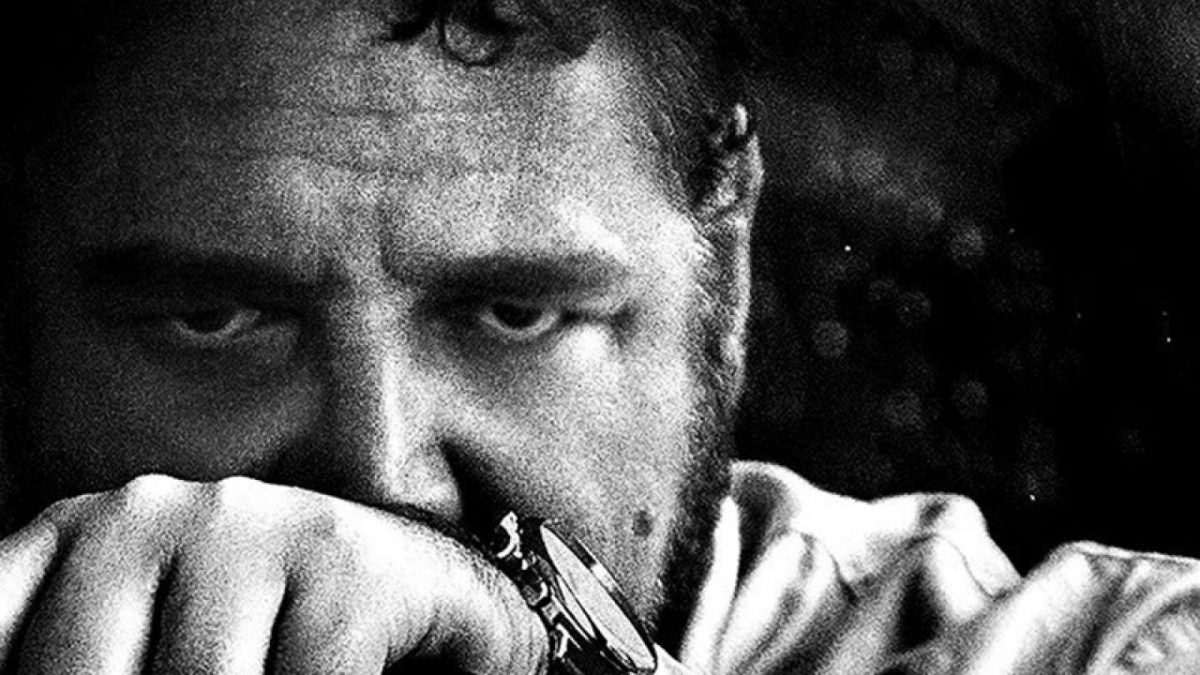 “I wanted to try to write the most intense thing I’ve ever written, with an unrelenting pace and urgency, that unfolds in real-time and doesn’t let up until it’s over,” says screenwriter Carl Ellsworth of Unhinged, a timely psychological thriller that explores the fragile balance of a society pushed to the edge, taking something we’ve all experienced – road rage – to an unpredictable and terrifying conclusion.

Ellsworth is a huge fan of contained, psychological thrillers that are driven by a very relatable and terrifying “situation” that any of us, on any given day, could see ourselves facing. Having observed the escalation of road rage globally, he wondered why seemingly so many people were living their lives with so much pent-up anger.

Rachel (Caren Pistorius) is running late to work when she has an altercation at a traffic light with a stranger (Russell Crowe) whose life has left him feeling powerless and invisible. Soon, Rachel finds herself, and everyone she loves, the target of a man who decides to make one last mark upon the world by teaching her a series of deadly lessons. What follows is a dangerous game of cat and mouse that proves you never know just how close you are to someone who is about to become unhinged.

A cautionary tale where one encounter with a stranger sets off a chain of events with deadly consequences, the film focuses on an all too commonplace experience, road rage, and takes it to the most extreme, revealing one man’s breaking point and challenging us in ways we never imagined.

“Unhinged  ‘hinges’ on a single moment- a chance encounter anyone of us could have at any moment,” states Writer, Carl Ellsworth.

Ellsworth is a native of Louisville, Kentucky whose obsession with movies began at age 5 with Star Wars and became full blown and life-altering ten years later with Die Hard.  After studying film and screenwriting at Southern Illinois University, Carl made the move to Los Angeles. His first writing credits were in TV and include episodes of Buffy the Vampire Slayer and Xena: Warrior Princess.  He finally broke into movies with his original screenplay for the 2005 DreamWorks thriller, Red Eye, starring Rachel McAdams and directed by Wes Craven.  Carl went on to co-write the 2007 hit thriller, Disturbia, starring Shia LaBeouf and the 2009 remake of Wes Craven’s The Last House on the Left, a film Stephen King called “the best horror movie of the new century.”  Carl’s other credits include episodes of the acclaimed TV series Star Wars: The Clone Wars and the 2012 remake of Red Dawn.

For Director Derrick Borte (American Dreamer, The Joneses), the premise of Unhinged was extremely relatable on a personal level: “It was one of those scripts that you can’t put down until you get all the way through to see what happens next,” he says. “As much as the plot centers on the road rage incident, the story is such a relatable exploration of the tentative threads that hold societies together, and the darker tendencies that lurk beneath the surface in many humans. We’ve all had what we would consider to be ‘bad days,’ and this story takes those impulses to the extreme.”

Tonally, Borte envisioned his main character, “The Man,” (Russell Crowe) as the shark from Jaws: lethal, unpredictable, stealth, and indelibly memorable. For that reason, the character is never named in the film. He is “The Man.” A great force.

“The Man” is a universal character. His anonymity speaks to many who feel “invisible” and disillusioned. Having had a recent series of personal failures, he’s disconnected from society and has lost the capacity for lucid judgment. “The Man” feels like he doesn’t measure up and people don’t understand him. ” [In Unhinged], ‘The Man’ is in this car on a hot day, somebody honks and he becomes unhinged, then there’s really nothing that’s going to stop him from being seen and heard,” states Producer Lisa Ellzey.

Borte notes: “There are a lot of angry people in the world, especially now, and I think that road rage is just one of the symptoms of where we are as a society where people can’t have disagreements and actually talk about them in some way that remains civil and productive.”

Rachel, like “The Man”, is just trying to keep it together as her world unravels, yet there is nothing she won’t do to protect her son. Like “The Man,” she is a victim of circumstance, both characters meeting when they’re at their most vulnerable and short-tempered. “I think anyone, any mother, could be in Rachel’s shoes when she wakes up late in the morning and has to get her kid to school – she’s running on empty and just trying to make ends meet. And then to find that there’s another guy in a car next to you is having an even worse day?” Ellzey adds.

It was very clear to Ellzey early on that Rachel absolutely had to commit “the sin” of not apologizing to “The Man.” “To me it was an understandable and relatable choice – albeit not the most advisable one – arising from the snowball effect of all the cruddy events in her life culminating in her fateful run-in with ‘The Man.’ When he pushes her to apologize, it’s simply the last straw- Rachel snaps and makes what turns out to be the worst decision of her life. A decision any one of us could make in similar circumstances.”

“He is absolutely terrifying,” agrees Crowe. “When he begins, he comes up from behind… we don’t know where he is, then he gets closer and closer, strikes and disappears again until the next time. He is after his prey. Rachel just yells at the wrong guy on the wrong day. And he doesn’t care about the consequences of his actions against her because he’s already crossed the line.” When we meet “The Man,” he has already reached rock bottom. He has lost his job, his wife, and he’s also about to lose his house and is no longer capable of showing any level of compassion towards others. He’s lost faith in everything he ever he ever believed in and feels like everyone has failed him. From his perspective, he has nothing to lose.”

When Russell Crowe first read the script for Unhinged, his instinctive response was: “Absolutely not. I’m not doing this movie, it scares (the shit) out of me, this character is intensely dark… and when I heard that come out of my mouth, I was like, since when did I stop doing that? Cause that’s basically what I look for. I look for the challenges.”

“I immediately knew when I read the script that people would understand the idea and be able to relate to it,” adds Ellzey. “These characters are so complex and interesting. While Russell’s character is clearly the antagonist and brutal in his behavior, audiences can relate to aspects of each character during their first encounter, which is what hooks them in.”

Rachel (Caren Pistorious) is experiencing a tough time herself. A single mother going through a divorce, which continues to affect her emotionally and financially, she has become the caregiver for her aging mother as well as for her younger brother and his girlfriend. However, instead of “bad guy” and “good guy” roles in this story, Pistorious believes these characters go deeper: “You don’t have any idea what somebody else’s world is. It would be so easy to judge ‘The Man’ and Rachel, but they both have, separately, had their worlds falling apart in different ways,” she explains.

“I started to see how this film connects to where we are right now – in terms of the seeming inability of people from different perspectives to have a polite conversation,” Crowe adds.

“When I found out he (Crowe) wanted to play the part, I couldn’t imagine anyone else doing it. He’s so good and he plays it with the raw intensity the character required,” stated Ellzey, who believes “The Man” is Russell Crowe’s most immersive and relatable role to date. “We’ve seen him do so many different kinds of parts, but to be kind of a homicidal maniac really shows his range. He’s so ferocious. And yet at the same time, he’s created this incredibly detailed and deep character underneath it,” she states.

Ellzey goes on to say, “He’s done a complete biopsy of this character and only he could have gone that deep and created a man that is understandable. You realize that all those things in his life piled up and then he snapped, but at the same time, he can’t be black or white. He is menacing and unpredictable, like Jack Nicholson in The Shining, DeNiro in Cape Fear, and Michael Douglas in Falling Down – all great actors in some of their most memorable roles.”