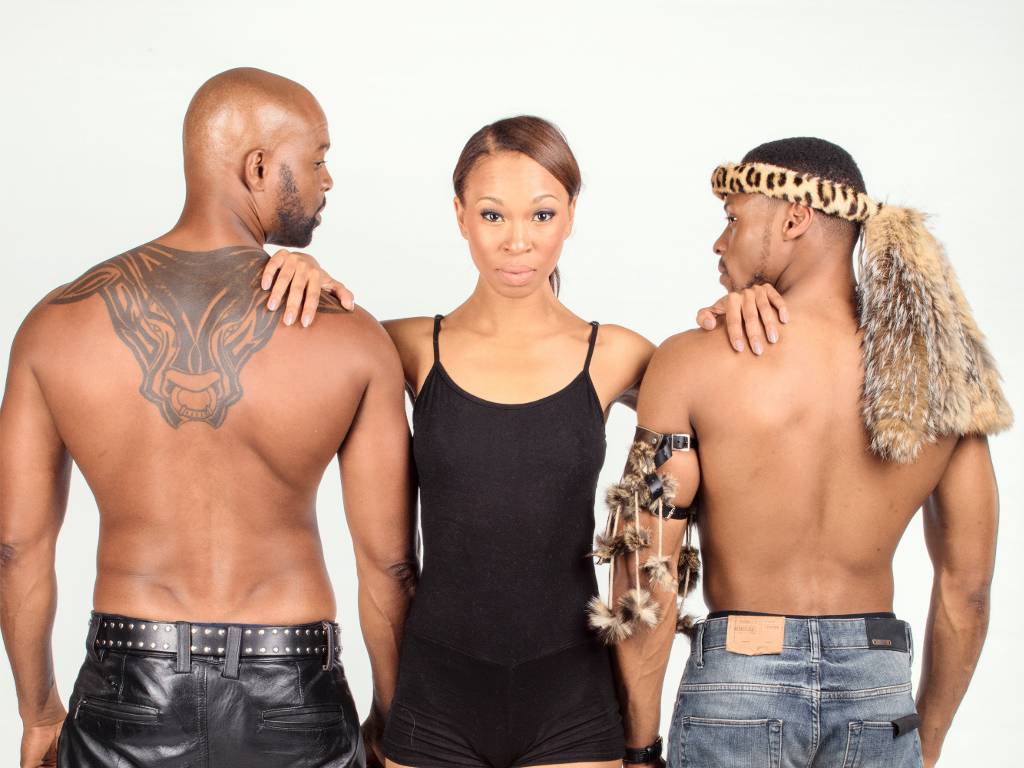 The 10-year-journey from page to screen for producer / director Lineo Sekeleoane’s debut feature ﬁlm Zulu Wedding began with an idea in the emergency room of a hospital.

“I formulated a joke scenario for an actress friend of mine Makgano Mamabolo whom I’ve always wanted to write something for,” says
Sekeleoane. “She liked the joke and the character idea and alas a story was born but as I started to develop the character “Mabo” and shape her world, the focus of the narrative started to change and my interest started to fall on Mabo’s sister “Lungile” and her character journey – ‘Zulu Wedding’ was born.

Zulu Wedding is an unashamedly romantic, glamorous and hilarious all at the same time and pays loving tribute to the richness of African culture. It acknowledges the, sometimes schizophrenic, reality of many urban South Africans who live sophisticated modern lives which are nonetheless shaped by their family cultures, traditions and expectations.

In Zulu Wedding, Lu (Nondumiso Tembe) left South Africa and her Zulu-Sotho heritage behind to become a dancer in America, and when she falls in love with Tex (Darrin Henson), she knows he’s the man to marry. But when she brings Tex home to meet her family, she discovers she’s been promised since birth to a Zulu king (Carl Payne). Caught between two men, two families, and two countries, Lou has to come to terms with who she is so she can ﬁght for what she wants.

“ I remember having a conversation with Producer and Studio Executive Glendon Palmer about his 10 years dance with ‘Jumping The Broom’ and thinking why would it take so long? I’m about to make my ﬁlm now…little did I know that I’d be reading from the same script 7 years later.”

Sekeleoane wrote the treatment for the story and approached Julie Hall to craft the screenplay.

Julie Hall started her career as a child performer, working in various stage and TV productions both before and after leaving school. She spent ﬁve years on the script writing team of Generations, South Africa’s ﬁrst multi-cultural soap opera set in an advertising agency, where her experience in advertising stood her in good stead. She is story consultant and editor on several feature ﬁlm projects in development with the assistance of the NFVF and is writing a romantic-comedy screenplay.

“Julie has a wicked and weird sense of humour – just my type of crack pot – and she agreed to write the screen play. I applied for funding from the NFVF and it took about three draft for us to be approved for production but Julie and I were still not satisﬁed. We kept on beating out the story and ﬂeshing out the characters on our own.”

I have always been fascinated with people. What moves them, what makes them tick and what makes us stand out and our distinct differences that keep us interesting as a species. I tend to be drawn more to the obscure, unhinged, people under going metamorphosis, characters that don’t quite have it ﬁgured out yet. Everyone has a tale and every tale is signiﬁcant to the one telling it.

Story development is one of my passions and every story for me starts with a person, instigated by a conversation, an image, a smell, an event. I love everything that is different from me. I love to challenge myself, to learn, to transform my understanding and enrich my thought life, to create. It is for this reason that I became a ﬁlmmaker.

My career in film-making started in Creative and line Producing and I started Directing to explore another avenue of expression concentrating on opposites, on cross-cultural stories that explore characters / people from different races, social classes, political persuasions and religious beliefs. I love comedy, action and drama.

The beauty of film-making lies in collaboration and film-making allows me the opportunity to work with different people, which makes life exciting.
Zulu Wedding is my debut feature ﬁlm which I have been working on and developing since 2008.

It is an important story to me because it is about love and identity, it explores opposites and engages people from different worlds bringing them together in a unique and exciting way.

Zulu history and culture is both intriguing and beautiful and should be shared with the world. It’s imagery and meaning is beautiful and it’s been an exciting experience being able to explore it through a love story.

Identity is a big issue in South Africa, with its mix of cultures, the clash of tradition and modernity, and the South African malaise of an inferiority complex that seems to think anything international, especially American, is better.

Although funny and light-hearted, these themes have a valuable underlying message, whilst playing with the sometimes bizarre situations our melting pot of cultures and expectations can create. This ﬁlm is as much about falling in love with yourself and your true identity as it is about falling in love with “the one,”and that you can love other cultures but you must ﬁrst love and embrace your own. Within the story, chastity and monogamy are promoted as ideals, both within African culture and universally.

We intend to showcase the real South Africa, not just the violence or the politics but the heart of our people and the beauty of our country. Wrapped up in a highly entertaining package, we want to sell our culture and way of life to the world.