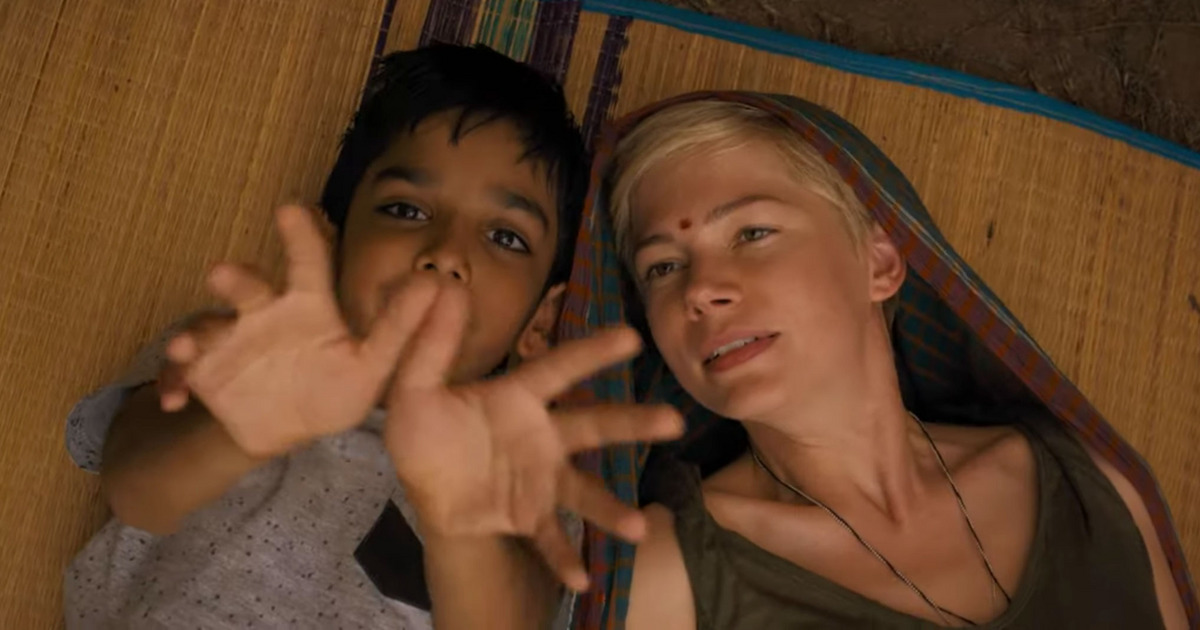 With the same quiet depth and intensity found in Ordinary People and Terms of Endearment, After the Wedding celebrates the complex, transformative power of the most primal of human connections, as well as the ever-expanding definition of what makes a family.

Based on Danish filmmaker Susanne Bier’s Academy Award nominated film, After the Wedding is written and directed by Bart Freundlich (Wolves, The Rebound).

As if driven by an inescapable force, Isabel (Michelle Williams) has devoted her life to running an orphanage in a Calcutta slum. With funds running dry, a potential donor, who requires she travel from India to New York, to deliver a presentation in-person, contacts Isabel.

At first balking at the demand of an uncommitted philanthropist, she relents, and travels to a city she deliberately hasn’t returned to in over two decades.

Once in New York, Isabel lands uncomfortably in the sites of the orphanage’s possible benefactor, Theresa Young (Julianne Moore), a multi-millionaire media mogul. From the glittering skyscraper where she runs her successful business, to the glorious Oyster Bay estate, where she lives happily with her artist husband, Oscar Carlson (Billy Crudup), 21-year-old daughter, Grace (Abby Quinn), and eight-year-old twins, Theo and Otto, Theresa’s life couldn’t appear to be more perfect.

But appearances are only skin deep, and Isabel and Theresa have more in common than meets the eye. While Isabel thinks she’ll soon be returning to her beloved orphanage, Theresa has other plans. She insists Isabel attend Grace’s wedding at the family’s estate. The joyful event becomes a catalyst for a revelation that upends the lives of both women, and the people who love them most.

When producer Joel B. Michaels saw Danish filmmaker Susanne Bier’s Academy Award nominated film, After the Wedding, he was stunned by the powerful human drama of the story.

“What attracted me to the piece,” he recalled, “was that it dealt with the gray areas of life, and the idea that what is morally right or wrong can get muddied. We humans are nearly all guilty of manipulations both large and small, but even with the best intentions, bending the truth to fit your personal narrative often results in great damage.”

Michaels aggressively pursued the rights to the film from the film’s Danish production company, and after a long-fought battle against larger production companies, finally acquired them mid-2007. He had an early adaptation of the script written, and then spent years trying to find the right director.

After 10 years, a friend suggested he contact Bart Freundlich.

Michaels knew the director to be a master of stories with knotty emotional landscapes, and that he had a well-deserved reputation as an actor’s director.

“Bart immediately understood the intention of the film, and spoke to me about the story in the way that I always envisioned it,” said Michaels. We had a series of conversations, and I found that he tapped right in to the psyche and the psychology of all of the characters.”

Freundlich was a fan of Bier’s work but had never seen After the Wedding. He found the intensive character development and very modern way the high drama unfolded, to be compelling.

“It’s a story that lives in the real world,” he said. “One that I think we all recognize. I was fascinated by, and wanted to further explore that human frailty, and the joys derived from people we form relationships with over the course of our lives. At the end of the day, we’re all on this journey, but we don’t really have a choice about where it takes us fully.”

Freundlich and Michaels also discussed a critical aspect of the story. Bier’s film had two male leads but Michaels felt that the film would works significantly better with the leads being played by two women.

Freundlich took a beat, and then whole-heartedly agreed with Michaels that between the dearth of significant, multifaceted leading roles for women, and the country’s current climate regarding power dynamics and gender, the switch made the story more current.

Freundlich got to work adapting the script.

“The original story was like nothing I’d worked on before,” he said. “It had many layers, and a plethora of different, three-dimensional, character perspectives. So, it was an exciting opportunity to tell a story that takes on what it means for these women to make certain high-stake choices, and then have to deal with the many consequences of those actions.”

Julianne Moore had loved the Bier’s film, and when Freundlich, to whom she’s married, began adapting the story, she thought the role of Theresa could present an interesting acting challenge.

While Freundlich was writing, Moore gave him valuable input, which included insights into the characters and how they related to one another.

“I love family stories and movies that are about relationships,” she said, “because that’s the stuff of our lives. I think all of us have some sort of story in that world, and I’m most interested in those personal narratives.”

After Freundlich completed the script, Moore committed to playing Theresa.

“Casting is never easy,” noted Michaels, “but with Julie on board, she made it a whole lot easier to sign the rest of the cast. She and Bart were instrumental in bringing Michelle Williams and Billy Crudup to the film.”

Freundlich says that casting is one of the most enjoyable aspects of the filmmaking process, and casting After the Wedding was especially rare; It was the first time he got the exact actors he’d been picturing in his head, while he was writing the script. He’s long been impressed with Michelle Williams’ soulfulness and craft, and has done two previous films with Crudup, who is also a close friend.

Michelle Williams was deeply drawn in by the emotional peaks and valleys that are inherent in the story. “I’m always keen to do something that I haven’t done before, and that I don’t quite know how to do,” she said. “It felt exciting to stretch for Isabel, and for that growth to be a little bit painful, because I wound up in new places each time.”

Williams was also so moved by the depth of Isabel’s loyalty to the children of the orphanage, that she told producer Harry Finkel she’d be willing to spend her own time working in a similar environment before shooting began.

The notion of what makes a “good” father in the film loomed large for Crudup. He and Freundlich have often had long discussions about their roles as fathers. The film’s themes of what a parent wishes to pass on to their children, how they want protect them, and how they sometimes fail as parents, really resonated with both of them. Crudup acknowledged that exploring creatively what had so far been personal interactions between friends, felt natural during filming.

“It’s always incredibly gratifying to work with Bart,” said Crudup. “He has an intuitive understanding of how monumental things most often happen in small scale. Almost every conversation we had about Oscar was about me diminishing the extent to which I’m revealing his inner turmoil. And doing that the right way, is in no small part due to Bart’s knowledge of how he was going to chart that course.”

Moore was an early supporter of casting Abby Quinn as Grace. “She is marvelous,” enthused Moore. “And because I had been involved in this movie, as a partner to my husband, I saw all of the auditions. She stood out for me right away. She was completely effortless, and open and lovely to watch. I remember thinking, ‘Oh please, let it be her.'”

With an abbreviated schedule and very little time for the actors to rehearse prior to shooting, Quinn was concerned about effectively portraying Grace in the context of the character’s close familial relationships, but her fears were soon allayed.

“Right after meeting Julie and Bart I knew it would be okay,” laughed Quinn. “I spent several hours hanging out at their house. We talked about their kids and where they grew up. Just being with them and talking about our lives, gave me the chance to build a relationship with Julie, and understand what Bart wanted from the character, before we ever got in front of a camera.”

“What I found with Billy Crudup, Michelle Williams, Julianne Moore and Abby Quinn, is that these are actors who embraced the conflict and the contradiction,” Freundlich added. “They were ‘happy’ with the endless peeling back of the layers of what could be going on. They strove to uncover the subtleties of how much these people were aware their behavior, and how much of it was unconscious.”