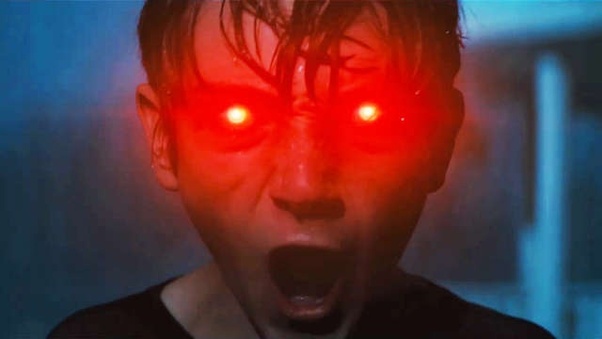 At a time when comic book superheroes dominate the pop culture landscape, the filmmaking team of Brightburn saw a unique opportunity to use the long-held tropes of the genre and turn them on their head to create a terrifying horror film that would feel entirely new.

Directed by David Yarovesky (The Hive) and written by Brian Gunn & Mark Gunn (Journey 2: The Mysterious Island), this origin story unlike any ever seen before, questions: What if a child from another world crash-landed on Earth, but instead of becoming a hero to mankind, he proved to be something far more sinister?

The idea originated with the screenwriting team of cousins Brian Gunn and Mark Gunn.

Brian, younger brother to Guardians of the Galaxy filmmaker James Gunn, had worked with Mark on a range of movie and TV projects throughout his professional career stretching back nearly 20 years. Together, they hit on the notion to tell an extreme story in which a couple’s worst fears about their child come true.

“There’s a tradition that goes back to Moses up through contemporary superhero stories about childless parents who take in an infant that they find in the wild,” Brian Gunn says. “Those figures grow up to be noble and heroic, but we wondered what would happen if it went the other way and this child ends up being something sinister.”

Brian Gunn & Mark Gunn (Writers; Executive Producers) are cousins who grew up in St. Louis, Missouri and attended the same high school and college where they launched a sketch comedy troupe and begin writing together. They moved to Los Angeles and landed their first job in entertainment by writing the MTV movie 2gether, a spoof about a fictional boy band. 2gether became the first full-length feature film in the history or the network. It also spawned a concert tour, two top-40 albums and a weekly TV series created and executive produced by the Gunns. Since that time, the Gunns have transitioned from television into film. Journey 2: The Mysterious Island, a modern-day take on the 19th century Jules Verne novel, was their first widely released theatrical movie. It was a surprise boxoffice hit with worldwide grosses of $326 million. The Gunns are currently working on film projects for New Line, Universal and Fox as well as TV projects for Amazon and CBS.

Initially, the script was a slightly more modest take on the premise, written to be made on a micro-budget. Director David Yarovesky (The Hive) and executive producer Simon Hatt thought it had far grander potential. They pictured an unrelenting, straight-ahead horror film rooted deeply in the comic book iconography that has come to feel so familiar to moviegoers, one that would yield non-stop surprises and scares.

“They encouraged us to play up the superhero element even more than we had in our original script,” Mark Gunn says. “To put superpowers in a horror context seemed really fun to us—it was an opportunity to mix together two different genres that hadn’t really been mixed together before.” Adds Brian Gunn: “We realized that there are many superhero abilities that if you were on the receiving end of them would be terrifying. Flying could appear very ghostly. Laser eyes can be demonic. Super strength can be horrifying. Lots of super abilities, if you turn them just a couple of degrees, become grist for horror.”

Writer, Director and Producer James Gunn, who got his start in lower-budget filmmaking at Troma Entertainment before moving into blockbuster storytelling with the Guardians of the Galaxy films, felt Brightburn was the perfect project for his production company, Troll Court.

“I love this movie because it is an entirely new take on the superhero genre,” James Gunn says. “It is something we have never seen before. It’s coming at the superhero movie from a pure horror angle. It’s also a more honest way of coming at the superhero myth because there’s something terrifying about the idea of a super-powered alien that would come to Earth. Tori thinks her son is going to bring glory to the world and help us, but that’s not necessarily the case. In every way we watch this movie, he is a ghost, he’s a demon child, and we treated the movie exactly like that.”

Adds Hatt: “Taking superhero movies into the horror genre was something that hadn’t been done before and something that people wanted to see. We as a group have had a ton of experience with superhero movies. What we’re doing here is taking a movie that has superhero DNA and merging that with the horror genre—bodies hanging from walls, bloody guts everywhere. There’s so much fun to be had in being scared. That’s why the genre continues to be as popular as it is.”

From the start, it was clear that Yarovesky would direct. He had stepped behind the camera to direct with Gunn the “Guardians of the Galaxy: Inferno” music video send-up featuring David Hasselhoff, and his credits also included the creepy sci-fi horror thriller The Hive about a man with no memory who must recall his past before succumbing to a deadly parasite.

“He has a real sense for horror, for the musicality of horror, how the beats work, how you set up a jump scare, how you get people frightened while they’re watching the scene,” James Gunn says of Yarovesky. “It’s fantastic watching him work. I’ve always known Dave as an incredibly insightful smart guy who also does his homework. He probably watched a thousand horror movies before this. He can take them apart and piece them back together in a way. He knows logically what he’s doing.”

“I, like many people, grew up watching superhero movies and fantasizing about what it would be like to have super powers,” Yarovesky says. “When I imagined it, it was always so much darker than what I see in movies. I wanted to make something that was closer to my heart. I wanted to go all in on scary.”

For the director, Brandon was a figure descended not just from heroes, but also the modern slasher movie icons from legendary horror films including John Carpenter’s Halloween.

“There was the one image I couldn’t let go of, which was filming a superhero like someone would film Michael Myers—this long distance shot of him watching someone silently from afar, not moving” Yarovesky says. “Then this image of him floating out of the window came to my mind. I knew that if that image was scary, if you could see this character in a cape and mask hovering out of a window and be terrified by that, this movie would work. If you could reimagine a superhero to be truly scary in just one image, the whole concept would come together.”