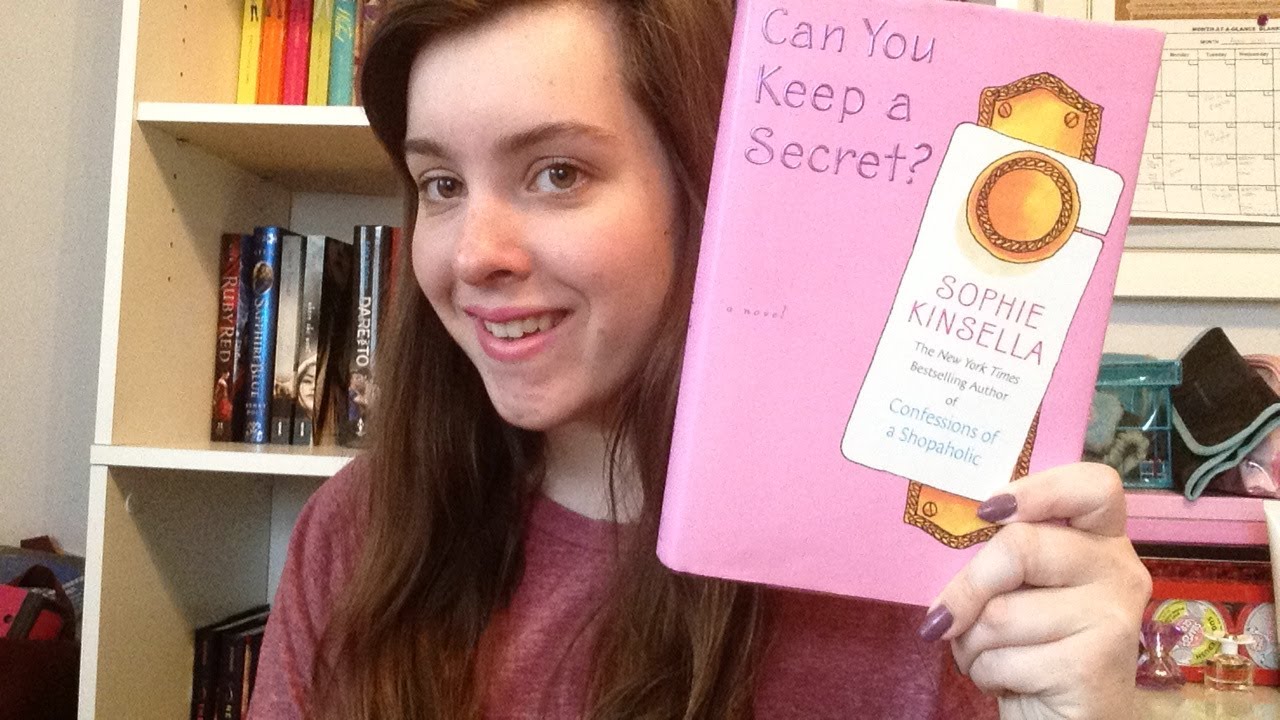 “When I wrote it I saw it visually and cinematically and it’s just kind of how I write – I see scenes and I see the story unfold in my head like a film and so instantly I thought well maybe one day it will be a film,” says Sophie Kinsella, whose novel Can You Keep A Secret? has sold over four million copies, and adapted for the big screen by New York-based filmmaker Peter Hutchings.

“I think for any author to have your book turn into a film is an absolute dream and you sort of pinch yourself when someone approaches you and says ‘we’d like to get your story up on the screen’ because it is the ultimate exciting prospect for your story. So there’s this huge thrill and it’s also slightly surreal seeing what you wrote as words on a page turning into real life actors and a different story…,” says Kinsella.

“A film is not the same as a book so things are not going to be quite the same – things are going to be cut. You cannot put every single word of a novel into a film…we turn it into something else. And I think for every author probably there’s a sense of ‘oh but what about this bit, what about that bit?’ but there’s also great pride in seeing a story turn into another form and another way to reach people and another way to entertain people. I think especially with comedy – seeing a comedy scene that I’ve written and the people imagined – seeing that come to life, that’s just amazing.”

“I’m really thrilled that there’s such a female presence in the crew. There’s a wonderful atmosphere on set. I’ve just had such a good time. Starting with a female director Elise Duran, female cinematographer Autumn Eakin, and plenty of females around and a really communal, warm, supportive atmosphere – it’s just wonderful. And it’s a female story – I wrote it and there’s a female lead and I think it’s really effective on this production.”

For Alexandra Daddario, who plays a woman who spills her secrets to a stranger on a plane, Can YOu Keep A Secret? is one of her favourite books.

“It’s just an incredibly funny, charming book that’s so well written and relatable. And I felt the screenplay was so well adapted from that – finding all of the humor…even though a screenplay is so different structurally from a book the characters all felt the same and that was really exciting.”

“I bring a lot of myself to this character. I try to do that with every character I play. She’s exactly who I feel I am – she’s a girl with insecurities, but with strength and intelligence…like everybody. She’s in a place in her life where she’s still figuring everything out…and you’re forging female relationships and friendships that are going to last you the rest of your adult life.”

“I love rom-coms. As I’ve gotten older I can’t watch anything too heavy and violent…I’m drawn to watching things that are fun and silly, and truthful and have happy endings. Rom-coms are kind of my go-to.”

“I love working with this many women…It’s really nice to have that feminine energy around. I think that one thing I really want to do and be part of is having more women represented in the business and having more people really look around and say “why is 90% of the crew men? Does that really represent accurately the kind of talent we have in Hollywood? Are there really no women that can be in these different positions? Out of all the projects I’ve worked on this might be only the second time I’ve worked with a female DP. And Autumn is incredible. So it’s incredibly exciting to see the progress we are making and to have more women involved and it makes me feel better about the direction we are going in Hollywood…And working with a female director is great. Especially on something like this where you can sort of just be girly and talk about your guy problems and how it relates to your character and that kind of thing. It’s harder to talk to a man about that kind of thing. So I think it sort of helps guide what Emma’s really going through when a woman who has been through it understands as well.”

For Tyler Hoechlin there were a lot of things about the character of Jack that he identified with and enjoyed the development of his relationship with Emma.

“I also just really enjoyed Emma’s story…I think it’s so much fun and it’s so charming and endearing and I had a lot of faith in what Alex would do with this movie as well.”

“Sometimes you feel you are very good at communicating and sharing things, and other times you feel a little bit more guarded. To me looking at Jack it felt like a guy who has had some pain in his past and didn’t necessarily want to expose himself to that again and so he’s doing things that he feels protects himself but also keeps him from living a fully fulfilled life in his relationships.”

“I’ve always enjoyed rom-coms growing up, it was always a fun genre for me. It feels like they’ve gone away and are now coming back. Which is great. It’s nice to see they are coming back and to be a part of one was an exciting thing and something new for me and different.”