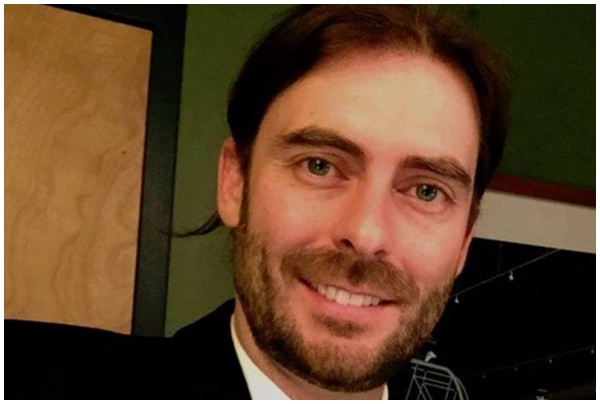 Antonio Negret is a prolific film and television director with a passion for action packed storytelling, balancing feature film with television, with three action/thriller features in development, as well as upcoming episodes of Hawaii Five O, Supergirl, and Once Upon a Time.

In his latest film Overdrive a notorious crime boss forces two legendary car thieves to steal a vehicle to win back their freedom.

Can can you pitch us the movie in a few words?

Overdrive is a movie about two brothers in the south of France who steal vintage cars and they stumble upon a situation where they can get a priceless Bugatti. And when they do steal this car, they find out that its owner has other plans in store for them. And in order to survive they need to now work for him and steal his archenemy’s car. So, it’s two brothers caught between two criminals in a world of elegant automobiles.

Can you tell us about the project generally?

I met with Pierre Morel a while ago. He sent me the script by Michael Brandt and Derek Haas called Overdrive, and I fell in love with it. I knew Pierre was looking for a director that he could foster in many ways, that he could mentor, and someone that would work with him as he Godfathered this film. And we just got along immediately.

We both love the same kind of films, and I obviously admire his work tremendously. So together we started working on this and here we are; it’s like a dream come true, it’s excelled all my expectations and we’ve been able to make a great film together. It all started with that meeting.

And, you know what really excites me about Overdrive is that it’s a film that combines two great tones. On one hand, it’s a very modern film; it ‘s young, it’s fun, it’s energetic and it’s very commercial. On the other hand, however, one of the things that I love about it is that it has a very nostalgic feeling. To me, it captures the feeling of older more elegant films, like Steve McQueen films. Films like Bullitt or The Getaway. Other types of films like The French Connection, Butch Cassidy and The Sundance Kid. They are these kind of films that don’t exist anymore. And to me, Overdrive was the opportunity to make a film that had both of those things; that was for a younger audience but had the spirit of the films that I love so much.

Did you change something in your way?

I did, yes. I was very fortunate in that the writers were very collaborative, as were the producers, and so together we were all able to transform the script a little bit. The more I got to know Marseille, the more I chose specific locations to put into the script. So we would change in the script something that was maybe set in a shop, we would change it to a nightclub that we had seen or a street that we had been on or a bridge that showcased the city. And so we were able to really bring a new level to the script through Marseille. Also working with the actors, we were able to bring and elevate I think a lot of the scenes and really tailor the scenes to their characters and what they were bringing to the film.

How would you define the movie? Is it more action or comedy?

It’s got a bit of both; it’s definitely a badass action film from beginning to end.

But it’s not just an action; it’s also I think a heist film, it’s got a level of cleverness and a level of intricacy where our characters are always doing things that are not quite what they seem. And so I love that undercurrent of it.

As well, it also has a lot of comedy. It’s got some broader comedy as well as some wicked comedy, where there’s a banter between the brothers; they love each other, but they are also always bickering and always on each other’s nerves, and I think that brings a really fresh and fun humor to the film as well.

How is it to work with producer Pierre Morel?

It’s been great. I mean, I’ve always admired Pierre, I’ve always been a fan of his work, you know since District B13, to of course Taken, and really all of his films. He’s been an inspiration. And he really has been a mentor to me; I’ve learned a lot from him and he’s really taken me under his wing in many ways. And he brings an expertise to this film which is amazing. You know, not only his knowledge of action, but of France, of working in France, which is a very new experience for me. And so he’s been a true ally, and I think together we’ve been able to make the best possible film.

How do you organize your work together?

Well, I’m definitely directing the actors, and I’m, you know, directing the film. But Pierre is like a Godfather; he’s overseeing everything. He’s also directing the second unit, and so he’s bringing a lot of expertise to the action and to the cars, which he’s an expert on. And that’s how we’ve kind of divvied it up.

And tell us about the team. The DOP, production designer, stunt coordination, how was it?

Yeah, I’m so fortunate to work with an amazing, amazing team. You know, we’ve got wonderful work by Laurent Barès, our DOP. We’ve got Arnaud Le Roch, who’s our pr oduction designer, who’s really building incredible sets: the garages for these cars are just spectacular. The entire team is truly amazing. The stunts team, Philippe Guégan, you know, Jean Claude, they’re top notch, they’re the best in Europe, and they have a history of incredible work in cinema and I’m very honored to be working with them.

And were you a little anxious because it’s a big, big team? Directing everybody, how was it?

Yeah. For sure, this is the biggest film I’ve ever done. You know, it’s my fourth film so I do have experience directing feature films as well as television, but nothing quite this big, or quite this glamorous, should I say. So, it’s been an amazing experience. Of course, at first there’s always the initial shock of: Oh my gosh, is this real? Is this really happening? And you know, it is. And fortunately the team has just been so supportive. They’ve really rallied around me and have really supported my vision for the film, so I feel truly honored and no longer anxious, but rather blessed to come each day to work and have so many talented people on set helping create this film.

So, can you tell us about what are the main mistakes to avoid?

Definitely get enough sleep. You know, this is a very intense schedule and there were several days where I didn’t sleep enough and I definitely felt it. You know, it’s such an incredible pace; the sun sets at like five thirty here so it’s always a race against the sun. So, rest well, eat well and move as fast as you can; those are the important things in a situation like this.

The cars are pretty important in the movie. What do they represent in the script and in the character?

We have, you know, 250 GTO Ferrari 1962, which is a gem. We have Mustangs, Alfa Romeos. We have some of the most beautiful cars ever made, all assembled together in one film.

Was there a lot of breakage for the stunts?

Oh yes, it broke my heart to see so many cars pushed to the very limit. We also worked with BMW on this film and they brought some incredible machines, some beautiful, beautiful cars. And it was a shame to see some of them completely destroyed. It was… It pained me to do it, but at the same time they look spectacular in the film.

What can you tell us about the cast?

The cast is amazing. I mean, to kind of follow in line with what we were talking about, I really wanted a cast that felt very young, very fresh, very modern, but at the same time had a spirit of older classic wise stars. I wanted to find cast members that had the depth and that had the almost nostalgic factor of actors like James Dean, Steve McQueen, Ali McGraw. And so it was a big challenge for us to say: Who are the modern day Steve McQueens?

Who are the modern day James Deans? And that’s how we found our incredible cast. Scott Eastwood is the star of the film, and to me he’s a symbol of that. He’s such a great actor, such a modern young exciting new face. He brings so much to the film, and yet when you see him on screen you feel like you’ve been watching him for decades and decades and decades. He has this aura and this kind of movie star quality that is rare nowadays.

And that to me was very exciting; to bring a modern actor that had this old school charisma.

Like I said, they are so fresh and so modern and young, and yet you watch them and you feel like they have this quality of the stars of long ago.

So, how did you approach the work with each actor?

Well, each actor is very different, you know, so it’s always a pleasure as a director to find the best way to work with different actors. Some actors really like to be walked through specifically on certain things…others prefer to be given the freedom to play.

What are the most symbolic things of the movie? Which one is your favorite?

Who is your favorite character on the film?

I love them all so much. You know, from the bad guys, played by Simon Abkarian and Clemens Schick, who are just incredible, to the good guys, Scott Eastwood, Freddie Thorp, Ana de Armas, Gaia Weiss. I love them all and I’m honored to be working with them