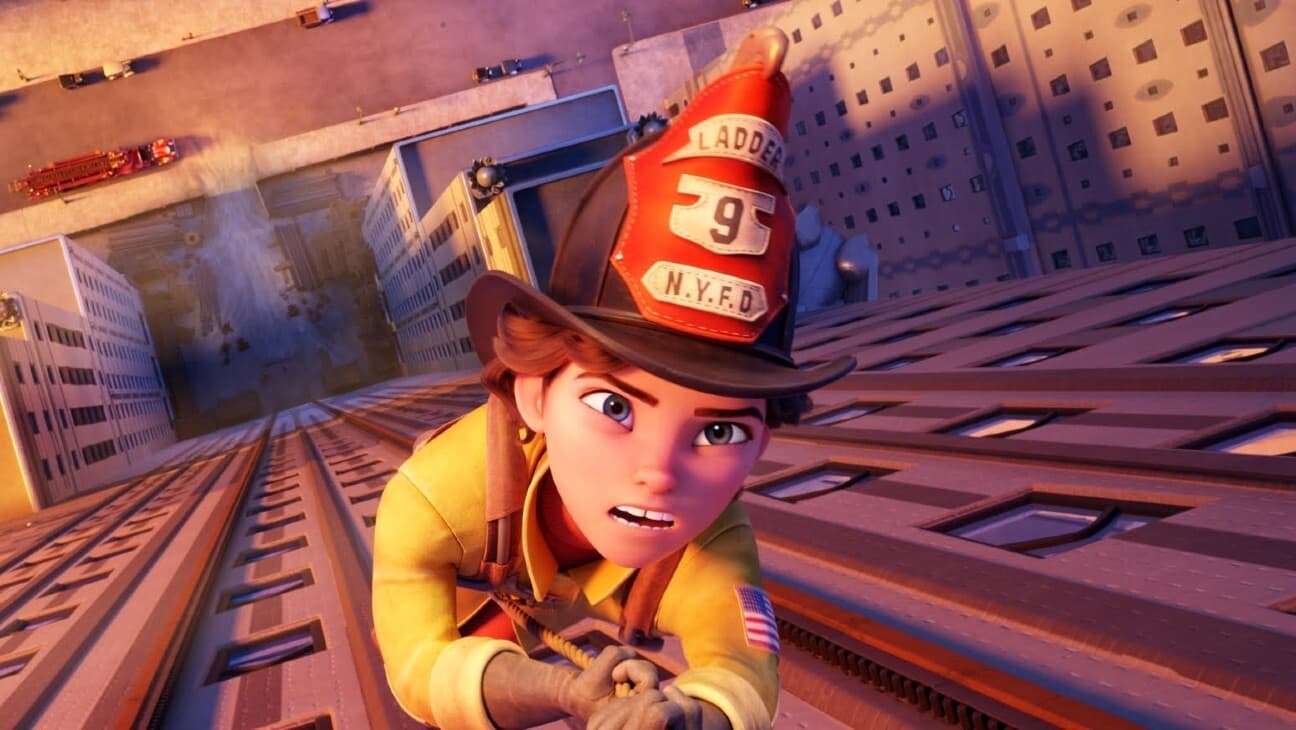 Eight years ago French writer-director Laurent Zeitoun witnessed a violent firefighter intervention in New York. He noticed that there weren’t many women amongst the men. The determination of women to become firefighters inspired him to write the screenplay of Fireheart for his daughter, about this “determination, this fire in your stomach, in your heart, about the passion that drives you forward, to never give up.”

“I clearly remember the day that sparked the idea,” says Zeitoun, whose thoughts about the firefighter incident led him to look up “first female firefighter of New York”, and was surprised to find that it stated, 1982.

“I thought that’s not possible, what happened? I then discovered that a group of women even had to go to court just to be accepted as firefighters. What amazed me was the determination of these women. They would do anything to become firefighters. So naturally, I thought it would be great to do a story for my daughter.”

Zeitoun was in the middle of production for the animation film Ballerina when he pitched his idea to producer Yann Zenou: “After ballet and 1880’s Paris, I want to do firefighters, New York, 1930’s.”

“Those three things … I loved it right away.,” says Zenou. “t was all there. A young girl who dreams of being a firefighter – which wasn’t possible in those days. So from there, we worked with Florent Masurel on the graphic design of the film. He worked on the sets and supervised the character designs, and we prepared a presentation document with lots of visuals. Then we began work on writing the script. We sent our financial partners a first draft and they instantly came on board.”

“How far are we ready to go to achieve our dreams?” is one of the driving themes of the film, says Zeitoun. “Despite barriers, social, family, societal, if we truly believe, we can knock those barriers down. Georgia is in the worst situation imaginable, a woman in 1930’s New York who wants to become a firefighter, she’s not very big or strong, she doesn’t fit the profile, but she has that inner fire and knows that it is her destiny. So with her energy and conviction, she succeeds. And this could apply to everyone who has dreams.”

“What I also loved about Laurent’s pitch, was the relationship between father and daughter,” says Zenou “Like all parents we want to protect our children, but we are also conscious that overprotection can prevent them from growing up. This is something we are aware of, but it’s not easy to against our instincts. And vice versa, all children and adolescents want their freedom, and they can see their parents’ protection as a barrier that prevents them from expressing themselves. This is another message we wanted to convey – children understand what it’s like to be in their parent’s shoes.”

“For the firefighter world, we contacted Rochelle Jones, she was able to share her experience as a woman in a masculine world. It was important for us to understand what she had gone through, so we could pass on her experience through Georgia’s character,” says Zenou. “From a technical point of view, it was important to learn how firefighters operate and react during a fire, to know the right gestures. It was during our discussions that we discovered the concept “Walk with purpose”, when firefighters arrive at a scene they don’t rush towards the fire, they walk and observe. They assess the potential dangers.”

“What I love about the film is that it’s funny, has a big, big heart and essentially, I suppose it’s encouraging everybody to dream dreams and try and achieve them, and if they can, talk about them and express them, and commit to them,” says Kenneth Branagh, who voices the character of Captain Shaw. “The film I think also suggests that nothing is impossible. I think that story of being be inspired by those who went before and encouraging everyone not to… even with the best of intentions, to limit their dreams and their imagination, I think is part of what’s its sort of beating heart. But at all times, I think the message or the sort of themes of the film are always wrapped up in a lot of humour and a lot of delight in the fallibility of human beings.”

Ever since she was a child, Georgia Nolan has had only one dream: to become a fireman, like her father once was. Unfortunately, in New York City in 1932, women are not allowed to practice this profession. When the city’s firemen disappear one by one in mysterious fires that burn down the Broadway Theatres to the ground, Georgia sees a golden opportunity. She disguises herself as “Joe”, an awkward young man, and joins the team of improvised firemen in charge of stopping the arsonist. Georgia must preserve her false identity at all costs, especially since her father will be in charge of this high-risk investigation.

After a stint at the Bear Sterns investment bank in New York, French director, producer and screenwriter Laurent Zeitoun abandoned finance to devote himself exclusively to his passion: Cinema and stories. After training with John Truby, Syd Field, and Linda Seger, and participating in workshops at the UCLA Writers School, he returned to France. Soon after, Laurent found success with The 11 commandments, I Do, and Heartbreaker. In 2010, he joined forces with Nicolas Duval and Yann Zenou at Quad Cinéma, where in recent years, they’ve produced some of the greatest successes in French cinema. Known for his films The Intouchables, Heartbreaker, Leap!, and The Death of Stalin, Laurent is dedicated to a new adventure: Good Hero whose mission is to create and produce original narrative universes using diverse creative communities and new technology.