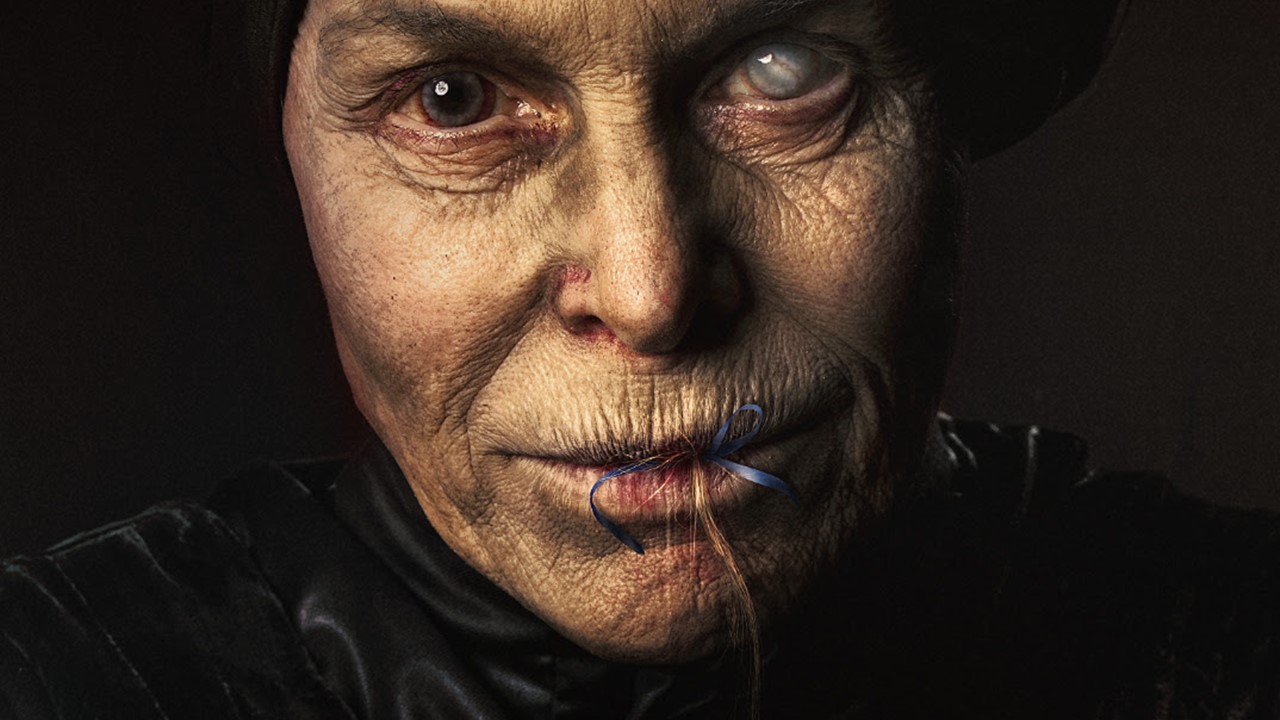 Some stories linger for centuries, burying their way into our psyches like worms, intertwining myth with history. “Hansel and Gretel” is one such story. Gretel & Hansel is a dark re-imagining of the classic Grimm’s fairy tale.

The haunting parable has always resonated with the creative forces behind the film. Director Oz Perkins, had read the story to his children and enjoyed the old fashioned morality lesson at the heart of the narrative, and screenwriter Rob Hayes adapted this ancient morality story with a twist: he reversed the names of the characters in the title.

Brothers Grimm first published the story – about a brother and sister who wander alone in the woods, finding solace and sustenance when they stumble across a house made of candy – in 1812. Its origins however, are much older. Elements of the story can be found in a 14th Century manuscript about an imaginary land. Similar tales of abandoned children appear in Charles Perrault’s Hop-o’-My-Thumb (1697) and Madame d’Aulnoy’s Finette Cendron (1721).

“The original fairy tale was supposedly set during the 14th century during the great famine,” says production designer Jeremy Reed, “A mother and father leave their children in the woods to fend for themselves. They abandon their children purely for reasons of survival. I heard another story that it’s based on a couple who were bakers during the Hundred Years War [1337 to 1453] and they killed an old woman to steal her gingerbread recipe.”

A long time ago, in a cursed land, a young girl and her little brother are forced from their family home to search for food and work. Despite assistance from a noble huntsman, they become disorientated and lost in a deep, dark forest. When they stumble across a magical cottage, inhabited by a seemingly kind old woman, Gretel & Hansel believe they have found sanctuary. But the woman’s limitless feasts in a time of famine, and her home’s strange murmurings of lost children and magical incarnations, suggests all may not be what it seems. Can Gretel protect her younger brother, or will she succumb to the temptations that rise within her? Something wicked this way comes, in this dark reimagining of a classic fairy tale.

Kavanaugh-Jones has always been “fascinated by all sorts of mythologies and classic tales that we tell over the centuries again and again.”  In Gretel & Hansel, Hayes and Perkins “shifted the narrative from a shared point of view to Gretel’s point of view. This is an origin story and a female empowerment story,” says the producer.

“Gretel is our story’s protagonist,” adds Sandra Yee Ling, executive producer at Automatik. “It’s a coming-of-age and a coming-of-power story.”

When Oz Perkins, whose father Anthony Perkins played Norman Bates in Alfred Hitchcock’s Psycho, was introduced to the project, he was intrigued from the moment his eyes settled upon the title page: “The two movies I’ve made [The Blackcoat’s Daughter, I Am The Pretty Thing That Lives In The House] have been female-centric, so that automatically piqued my interest. The creators of recent fairy tale movies seem to apologize for their source material. Rob didn’t do that. I wanted to embrace the idea that fairy tales are inherently scary.”

The team at Automatik recognized Gretel & Hansel as a perfect fit for their stable. “I’ve been lucky to be a part of a lot of genre franchises, horror specifically, and this fits into that,” says Kavanaugh-Jones. “It speaks to some of the movies we’ve made recently, such as Destroyer with Nicole Kidman, or Against All Enemies with Kristen Stewart. Movies that are singular in their vision, led by auteurs, and subversive in their context and content.”

“We begin with a story within the story about a little girl who grows up with a special power,” says Sophia Lillis, the breakout star of 2017’s IT. “In return, she grows accustomed to death and poverty and the dangers of the world. She turns over to the dark side. Later on in the story you start to understand how that story and the story of Gretel & Hansel align and interact.”

In Gretel & Hansel, the protagonist is aged 15 or 16 and lives in a small village with her mother, a single parent, and her 8-year-old brother. “They have a very sweet, typical, sibling relationship, where the older sister loves and takes care of her younger brother, but he’s quite naïve and he’s always had somebody taking care of him. He’s very demanding, but in an endearing way,” says Ling.

Says Perkins of the film’s interpretation of the character, “Gretel starts off being yoked to her younger brother and feels responsible for him. From page one, I wanted to give her character a higher understanding: a world wariness, a knowledge that the world is a difficult place. From the beginning of the movie, her sole purpose is protecting her brother.”

“Caring for Hansel has made Gretel benevolent and selfless,” adds the director. “But there’s a quality of her being curious about her own power and her own self. Invariably there’s a dark component to that.”

Gretel may yearn for independence, but when her mother sends she and her brother away to fend for themselves, their fates appear entwined. “They find themselves without a home, without a place to go, and they’re wandering through the forest,” says Ling. “This was a reality during times of famine. People couldn’t feed their kids, so they set them loose.”

When the children encounter an elderly woman, who lives in the forest with an abundance of food, their fortunes appear to have changed. “Holda is the mother she [Gretel] never had,” explains Lillis. “Her real mother was mentally damaged. She was willing to kill her children instead of watching them suffer.”

Holda, meanwhile, senses an energy within Gretel that reminds her of herself. “When she meets Gretel she thinks, ‘Oh, you’re particularly special’,” explains Alice Krige of her character. “But as Holda’s cycle of addiction takes over, it becomes more about resentment and loathing and self-hatred and guilt and shame. Gretel marks a shining example of what magic can be, but Holda turns on her.”

Classic fairy-tales, particularly those by the Brothers Grimm, were immersed in analogy and metaphor. Continuing in the same vein, themes in Gretel & Hansel run deep.

“When you take an old story like this you want it to be fresh and relevant, but you don’t want to cheapen it by adding new elements,” explains Perkins. “You look at the elements that exist, and you say, ‘Which of these are applicable to contemporary life and contemporary understanding?’”

Sophia Lillis believes Perkins’ vision is even darker than the original fairy tale. “He wanted to depict this fairy tale that scared us as kids, and reinterpret it for adults. That way, we can remember how terrifying it truly is.”

Gretel & Hansel is not a picture-postcard rural drama. Perkins set out to make a kinetic movie for a broad audience.

Metaphor and allegory run deep in traditional fairy tales. Dig beneath the surface of Gretel & Hansel and you shall find much to chew on. The themes of mirrors, food, and moral fragility are repeated throughout the story. Images of bread recall Biblical tales of resurrection and rebirth. Look deeper and you will discover the motif of triangular shapes within the geography, architecture and costume design.

“When something comes into my psyche, I learn not to question it,” remarks Perkins. “You go on instinct. Leonie, the costume designer, or Jeremy, the production designer, or Sophia Lillis, may have different interpretations. The triangle happens to be romantically perfect: it has a balanced symmetry.”

Gretel & Hansel explores elemental fears, continues the director. “It’s about the fear of loss of innocence, of being turned out into the world before you are ready. The fear of having those who should care for you instead turn on you. Worse than that, it’s about the horrific truth that adults sometimes deceive children. There are grown people who trick kids.”

There are terrifying messages at the heart of Gretel & Hansel that parents have conveyed to their children since time immemorial, says Sandra Yee Ling. “Don’t trust strangers. Don’t take candy from strangers. Yet gluttony is inherent to human nature. Who wouldn’t want to come across a house made of candy and gingerbread? That sounds amazing. Right?”

For Sophia Lillis, this story is imbued with deception, menace and betrayal. “No one is who they seem to be,” says the actress. “It really puts you on edge.