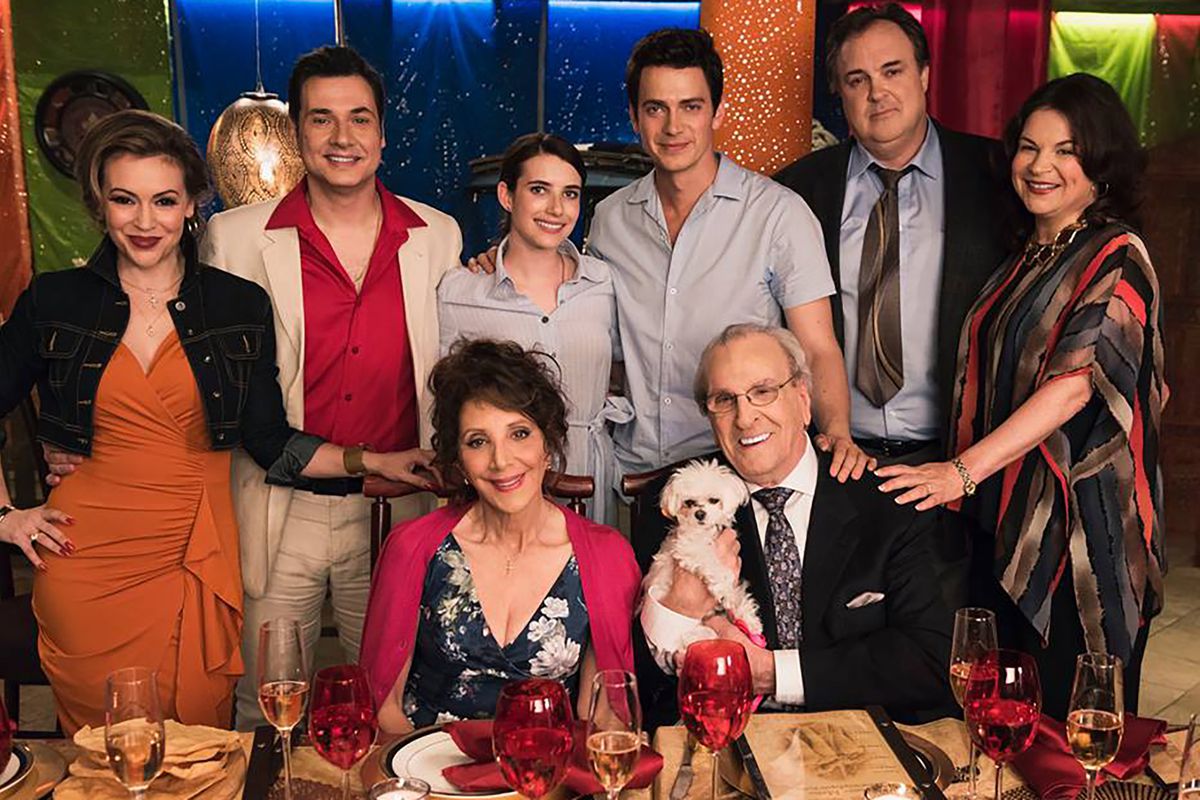 “Inspiration can come from the most unlikely of places and the idea for Little Italy was no exception,” says screenwriter Vinay Virmani, who made his feature film debut as an actor/writer with the Canadian hit Breakaway.

“I’d been wanting to make a romantic comedy in the classic mold for the longest time. I’d thought of and been pitched several ideas but none of them hit the sweet spot, says Virmani.

“One day, I came across the words, “pizza wars”. The term intrigued me and stayed with me for a long time. And then, I finally hit upon the connection that I was looking for. The ridiculous and never-ending “pizza wars” between two best friends turned rival pizzeria owners could prove the ideal backdrop for a love story involving their children—a kind of homage to Romeo & Juliet if you will. And this young love story could prove the catalyst that finally puts an end to their epic food feud.”

As a proud Torontonian Virmani could think of no better setting for his story than the heart of my city’s historic Little Italy district.

“Little Italy features multiple love stories involving couples of different generations. But above all, it’s a story about coming home to what you love and who you love,” says director Donald Petrie, who owns the romcom genre in Hollywood as the Director, and had an impressive start to his feature film directing career with the critically acclaimed Mystic Pizza –Petrie decided to pay homage to Mystic Pizza and Julia Roberts by having Emma Roberts wear a replicate t-shirt (“A Slice of Heaven”) in Little Italy that Julia wore in Mystic Pizza. Emma relished the opportunity to pay homage to her Aunt Julia and the t-shirt was a coveted shot by the many paparazzi on the edge of set.

In the film a young couple must navigate a blossoming romance, amidst a war between their families’ competing pizza restaurants.

With the love story, the conflict and the setting firmly in place, the crazy and fun-filled journey of Little Italy began for Virmani.

“Being of North Indian origin, I saw tremendous parallels between my family and culture, and that of the Italians. So all I had to do really, was draw from my own cultural and familial experiences. Both North Indians and Italians tend to have big families. They live large and love large, they’re loud and proud, they often fight and are always convinced they’re in the right. They’ve big hearts and will always forgive – some easily and others eventually. To them, life is one big celebration to be enjoyed with those you love the most—in other words, your family.”

“Another big thing that binds our two cultures is food. Eating isn’t just a function, it’s a ritual. It’s taken very seriously and must be done with family. Every Italian and North Indian home has a mama who is deeply loved and respected and who is referred to by her family as “the world’s greatest cook.” Also, we both place great importance on the way the food looks. As the old saying goes, “half the eating is done with the eyes.” And what better place to have a visual feast for the eyes than a movie?”

“The fact that Italians have big families represented a great opportunity to create a rich pool of supporting characters that would help bring this story to life, with a series of comedic punches and situations that line up one after the other, with little rest for the viewer.”

To co-write this screenplay, Virmani could think of none better to collaborate with than screenwriter and playwright Steve Galluccio, best known for the iconic Mambo Italiano, Funkytown and the TV series Ciao Bella. The fact that almost all of Steve’s work is rooted in exploring Italian immigrant behavior and quirks, made him the perfect pick.

Coming to the leads, Hayden Christensen and Emma Roberts were obvious choices for protagonists, LEO and NIKKI. Hayden exudes the charm, sincerity and vulnerability so essential for playing Leo. Emma on the other hand, is feisty, funny and fragile; qualities that make her the perfect Nikki.

Writing the script was a two-year process for Virmani and in many ways “mirrored the Italian family dynamic—crazy, chaotic, frustrating, dysfunctional, but eventually so, so worth it. “

“Finally, as a Canadian in the movies, I feel a strong sense of responsibility to showcase the rich tapestry and mosaic that makes our country great—the fact that we’re all Canadians and that we all have unique stories to tell.”