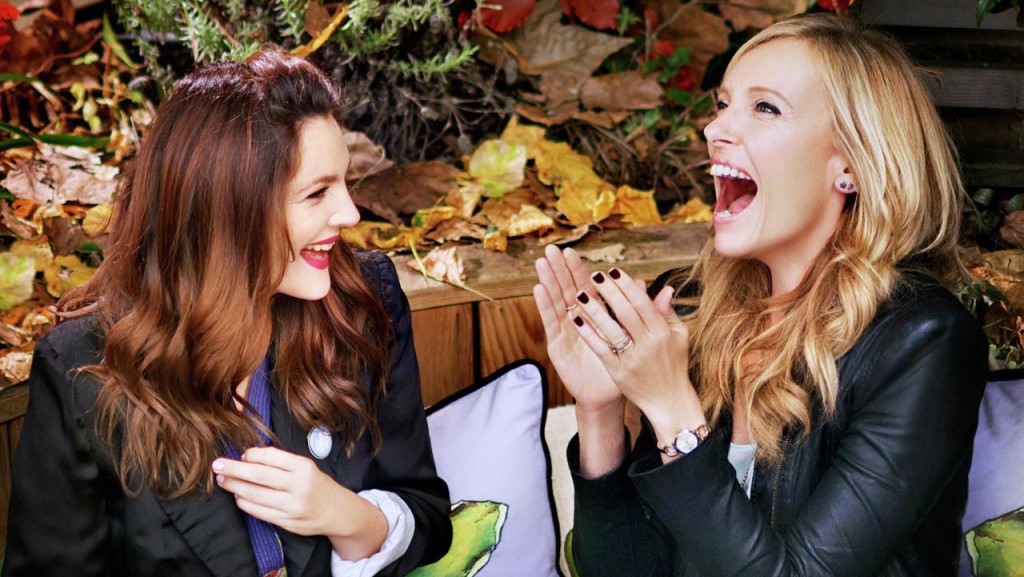 Miss You Already is an honest and powerful story following two best friends through the highs and lows of life, tackling the struggles of breast cancer and IVF and how it affects every aspect of their lives.

From director Catherine Hardwicke (Twilight, Thirteen) comes Miss You Already, an honest and powerful story following two best friends through the highs and lows of life.

Described by director Catherine Hardwicke as “a story about two best friends who are going on a wild emotional journey together,” Miss You Already features Drew Barrymore and Toni Collette as two best friends living in London, tackling the struggles of breast cancer and IVF and how it affects every aspect of their lives.

Hardwicke (Twilight, Thirteen, Lords Of Dogtown) directs from a screenplay by British writer and actress Morwenna Banks (Damned, The Announcement).

A powerful story for every modern woman, Miss You Already charts the obstacles life throws in our path and celebrates the bond of true friendship that ultimately cannot be broken, even in life’s toughest moments.

They say opposites attract. Milly (Toni Collette) is the woman who has everything: a successful career, a devoted husband, and two gorgeous kids. Her best friend is Jess (Drew Barrymore): Jess works in a community garden, lives in a boathouse with her boyfriend Jago, and desperately wants a baby.

Friends since childhood, Jess and Milly can’t remember a time they didn’t share everything –secrets, clothes, even boyfriends; their differences are the glue that binds them together. That is until Milly is hit with the life changing news that she has breast cancer and needs Jess’s support more than ever.

As Jess tries to balance her own life with being there for Milly it is only a matter of time before the pressure on their friendship becomes intolerable.

The idea of Miss You Already has been with writer Morwenna Banks for many years.

Morwenna Banks (Writer, Executive Producer) is an award-winning actor, writer and producer. She is a founding member of Absolutely Productions (producers of comedy including ‘Armstrong & Miller’ and Trigger Happy TV) and has acted in film and television in Britain and USA in shows such as ‘Saturday Night Live’ (USA), ‘Skins’, Saxondale’, and Armando Iannucci’s political satire ‘The Thick Of It’ and many other original and groundbreaking comedy shows and series. She provides the voices for many animations from ‘Monkey Dust’ to ‘Peppa Pig’.

“It is a work of fiction, but it happened that breast cancer touched my life and the lives of several people around me, within a short frame of time,” she recalls.

“It seemed to me that it was almost an epidemic. I felt very passionate about trying to write something that showed what happens when the bomb of breast cancer just falls into the lives of ordinary people. People with families and, specifically, younger women, are what this film deals with – the lives of relatively younger women. When I started writing it, it was seen as something that was more of an issue for older women. I had witnessed this tragedy happen in the lives of several families and so I wanted to write specifically about how it feels, trying to deal with absolutely everything we’re all trying to cope with, including small children, lives, friendships, relationships – and having cancer. That’s what the film’s about, with the added thread and theme of a very close female friendship, running through.”

Producer Christopher Simon met Catherine Hardwicke 12 years ago at the London Film Festival. “She had directed ‘Thirteen’, which had just come out and was an incredible film. I also fell in love with Catherine. I thought she was an extraordinary filmmaker and I needed to work with her.”

“Catherine, Morwenna and myself all worked on the script together, over a very short period of time, really. It happened very fast. We worked in her house in Los Angeles, we table read with some actors and, within a very short amount of time, we were in production.”

Catherine fell in love with the script almost immediately. She remembers, “it had all these juicy ingredients of real life. You would just be rolling along happy and excited, then you get slammed with something super-difficult, a crisis. How do you deal with it? Do you deal with it with grace and humour and courage, or do you let it just knock you down? And these are things your family has to cope with when someone is diagnosed with an illness; your friends cope with it, your children… It’s just this big messy mix of life.”

“Our casting was great,” explains Catherine Hardwicke, “before I even knew about this project, Toni (Collette) had fallen in love with it, two or three years ago. So, she’d always expressed her passion and wanting to be involved. Of course, Toni is amazing and I’ve seen her in so many things, she’s just a chameleon. She can just do anything, she’s fearless and she’ll dive into anything, with 100% commitment.” Toni was cast as Milly and everything clicked from there.

Casting a believable and compelling match for Toni’s character was tough for Catherine, “It was exciting to figure out that challenge. Who would be such a cool partner to work with Toni Collette? And when we all thought about Drew, she’s this amazing person, kind of the American sweetheart and everybody loves her. We all love her. Who wouldn’t want Drew Barrymore to be your best friend? She’s such a kick-ass chick and she’s so fun and beautiful and you just kind of feel her heart and soul.

So we reached out to her and when she read the script, she did feel something for it. So she said, “yeah, I’d like to talk to you about it.”

Feeling she was right for the part, Toni Collette had also written a letter to Barrymore to urge her to join the project. “I wrote her a very passionate letter, trying to convince her to come and do it.” Colette recalls, “I knew that she had recently had a baby and probably the last thing that she would want to do is go to work. But I wrote her this letter and I had this feeling that she was so, so right for it. And thank God, Drew decided to do it, because honestly, I think that in this film, even more than any other film that I’ve ever done, the relationship between the actors really, directly, and informs the characters and the story, more than ever. Whatever expectations I had of Drew were completely exceeded and blown out of the water.”

When asked about what attracted her to the project, Barrymore explains how Colette’s involvement fuelled her to sign up for the project. “A huge part of why I wanted to do this film, as well as honour the subject matter, was wanting to work with Toni Colette. I think she is truly one of the greatest living actresses, not of our time, but ever. When you say her name, it warrants the greatest respect. People always pull out several different characters or films that she has done, that affected them, or that they loved the most – and the list is long!”

Toni and Drew’s chemistry was instant when meeting on set. According to Catherine, “the first time they met, honestly, it was magical. They were just alive and playing off each other because they’re both creative, fun, amazing, brilliant souls. So it was beautiful.”

Morwenna’s heart-wrenching and the hilarious script was a huge draw for all the lead actors. “When I first read the script, I had goosebumps,” says Toni Colette. “I knew immediately that I wanted to be in it. It was really very exciting because it was about female friendship and it was about so many things. It just seemed very, very honest and just bloody funny.” Toni has been following the film’s progress for years and felt she needed to be involved. “I had such firm belief in this movie and I kept seeing it and feeling it and it never left my mind, over several years. I think it just goes to show that, when all the stars align, things happen as they are meant to. I cannot imagine this movie being made in any other way, or with any other people.”

Drew Barrymore was drawn to join the project as soon as she saw Morwenna’s inspirational script – “I think Morwenna’s writing is so succinct; there’s so much being said in one sentence and the characters really have a tennis match in their dialogue, which I love and find so refreshing. Each scene seemed to make so much sense and said more and more about their relationship, or solidified their ability to dance with one another. I also commend her for being able to tackle a subject the way she has.

“It is so difficult to speak about cancer. The thing that really strikes me about this film is that I’ve seen so many people have to endure this journey. Also, it speaks of the people who love those people and have had to go on that journey with them and how painful it is for them. To not isolate it only to the person who is going through it, but to include the world around them, is so important and so powerful. To handle a subject that is beyond delicate, in a way that is very real and humorous and authentic, really takes someone who is quite beyond brilliant, so I really love Morwenna for that.”

Dominic Cooper was moved by Morwenna’s script. “It’s heart-wrenching because of its simplicity. It’s a huge talent as a writer not to over-write and to understand, in a film like this more than anything, that the tiniest of moments are so powerful when there’s so much at stake.  When you’re fully aware of what all these people are experiencing, a gesture often says a million things; it needs something delicate and not a great deal said, to make it work.”