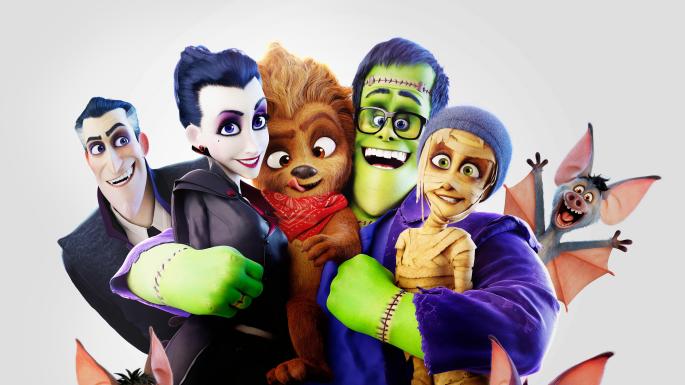 With Monster Family 2, screenwriter David Safier and director Holger Tappe focus on the beauty of the imperfect.

Director Holger Tappe and screenwriter David Safier unleashes the monsters again, four years after the theatrical debut of the Wishbones in Monster Family (also known as Happy Family), the creative team of the predecessor enchants with an exciting story about friendship, cohesion, the beauty of the imperfect and a dash of “Mission: Impossible”. In addition to old acquaintances such as Count Dracula, Baba Yaga or the cute Battie trio, the Wishbones Frank, Emma, Max and Fay meet lots of new friends and dangerous opponents. With a lot of imagination and attention to detail, the character designers and animation artists from Mack Animation bring the Loch Ness Monster, the Yeti from the Himalayas or the musical King Conga to life.

For director and producer Holger Tappe, the return of the Wishbones is based on two perspectives: “‘Monster Family was Germany’s most successful export film in 2017. For example, our production in Israel was one of the most commercially successful independent animated films in years. In Mexico, too, the adventures of the Wishbones attracted well over a million cinema-goers. Due to this strong international demand, we wanted to treat the monster family to another part.

In Monster Family 2 the Wishbone Family zooms around the world to save their friends, making new monstrous acquaintances along the way and in the end come to the realisation that “Nobody’s Perfect” – and that’s ok.

If you are perfect, you have no problems! The search for the flawless demands a whole lot of discipline and restrictions. But is a life without rough edges really worth striving for? Because weaknesses and strengths are the key to a lovable character full of humanity, warmth and monstrous fun.

Everyone desires perfection. A unique talent, a distinctive feature that sets him apart and a flawless image are among the desirable goals that are rewarded with recognition. But the constant striving for improvement demands sacrifice and renunciation. The more perfect the façade, the faster the construct can collapse.

“We loved the message Nobody’s perfect so much that we asked ourselves: Where is our society actually going?”, explains Holger Tappe, who trained at a Berlin photography school before studying design for new media, and created the first adventure of the Wünschmann family as producer and director and brought, bringing Monster Family to the big screen, and establishing Mack Animation together with the Mack-Group.

“Is it all good what we are doing? What do we expect from our children? Does everything have to go according to plan for them, or are they allowed to make mistakes? I think there is something beautiful about turning a blind eye or overlooking things. The maintenance of the supposedly perfect world has become part of everyday life and is pushing back the actual life more and more into the background. We take pictures of our food, but lose sight of the people around us. More time is spent on social media profiles than on real friendships. Although these behaviours are always criticised, the trend is driven by the same people. But it is the endearing quirks that distinguish us and make our character so unique. Otherwise, we would just be emotionless beings.”

Screenwriter David Safier adds: “Holger had already shown me the first scenes of ‘Happy Family’ during the production phase, and I fell in love with them immediately. That’s why I was immediately enthusiastic about the idea of writing another adventure. Fortunately, the audience liked ‘Happy Family’ so much that a sequel was a done deal. I’m happy to see the familiar characters on screen again.”

“I think there is more pressure built up through social media and optimisation in any form than there was 20 years ago,” explains David Safier. “Often I want to tell people: perfect doesn’t exist! Everyone has strengths and weaknesses that are worth living out. Be happy with that! If you pay attention to these qualities, you will get more out of life, instead of bowing to all the optimisations that you’re being modelled on. This is an important topic that affects every viewer in his or her own way. ‘Happy Family 2’ in this case is the beautiful, funny and entertaining medicine to that!”

Safier wrote the screenplay adaptation of his novel “Happy Family” (2017), published in 2011, in collaboration with co¬author Catharina Junk, and co-wrote the screenplay of Happy Family 2 with Abraham Katz began his career in the film industry as a film editor’s assistant for various productions and as a script editor for broadcasters and production companies, from 2000, however, Katz concentrated entirely on writing scripts for series and film productions and wrote several episodes.

Holger continues: “We thought about what approach we wanted to continue the story with and ended up with the topics of external presentation and perfectionism, which are simply omnipresent. Whether Facebook, Instagram or TikTok: Perfect appearances reign everywhere. In our story, however, the focus is on the juxtaposition between perfectionism and likable flaws. We ask the question: Is it really important to be perfect? It was important for us to implement this theme as it has a social relevance and provided the right basis for us as to why we need to make the film.”

Max in particular faces the very natural problems of growing up in the sequel: Do I want to be like other teenagers? Who am I actually? And how do I want to do my part to make the world a better place? The teenager struggles with finding and discovering his abilities, which leads to a lot of frustration, impatience and putting his foot in his mouth.

The four members of the family cannot deny that not everything is going well for the Wishbones. But their encounter with the Starrs also embodies the collision of two worlds: The imperfect Wishbones meet the most perfect family in the world! But are perfection and flawlessness the measure of all things? In the fight against the Starrs and in the course of saving all the monsters, the monster family realises that their peculiarities are what make them the lovable creatures they are. No matter whether they are monsters or humans.

David Safier adds, “This doesn’t just affect the younger generation growing up with social media. Many parents put pressure on themselves to be perfect role models, to be great at work and to stay fit and in shape. Instagram and the like have accelerated this behaviour. The mechanics are quite simple: if we see how happy the rest of the world seems to be in every photo, we are automatically in a worse mood! A self-imposed burden that doesn’t have to be.”

Founded in 1998 as Ambient Entertainment, the studio started as a small team of a few idealists who embarked on the adventure of producing “Back to Gaya” – one of the first CGI films to be made outside a major US studio and the first German production. Today, Mack Animation is one of the leading feature animation studios in Europe and has a fully equipped CGI film production pipeline from design and development to the finished film.

The international production team consists of great artists with international experience who have worked on a wide range of animation and VFX films.

Mack Animation has produced seven feature-length CGI¬animated films for Warner Bros, Constantin Film and Bavaria Entertainment, among others. These films are: “Back to Gaya,” “Urmel aus dem Eis,” “Urmel voll in Fahrt,” “Animals United,” “Tarzan” and “Happy Family” and its sequel. All of the films opened in theaters worldwide. The look and feel of Mack Animation’s films covers the entire spectrum from Production Notes “Monster Family 2” cartoon¬animation to photorealism. The carefully grown and constantly updated production¬pipeline has made it possible to bring high quality animation to the market for more than 20 years. There is no end in sight.

In 2018, the former Ambient Entertainment merged with the Mack Group of Companies to become Mack Animation.

The Mack-Group owns Europa-Park, Europe’s second largest theme park directly after Disneyland Paris, as well as many other companies ranging from media and virtual reality to one of the world’s leading roller coaster manufacturers. As a result, Mack Animation is embedded in a strong network of innovative companies in the entertainment industry with a level of vertical integration not found elsewhere outside of Hollywood. In addition to feature film production, Mack Animation has become one of the leading producers of high-end animation for theme parks and attractions. From the USA to China, Mack Animation productions can be found in many of the world’s largest theme parks.