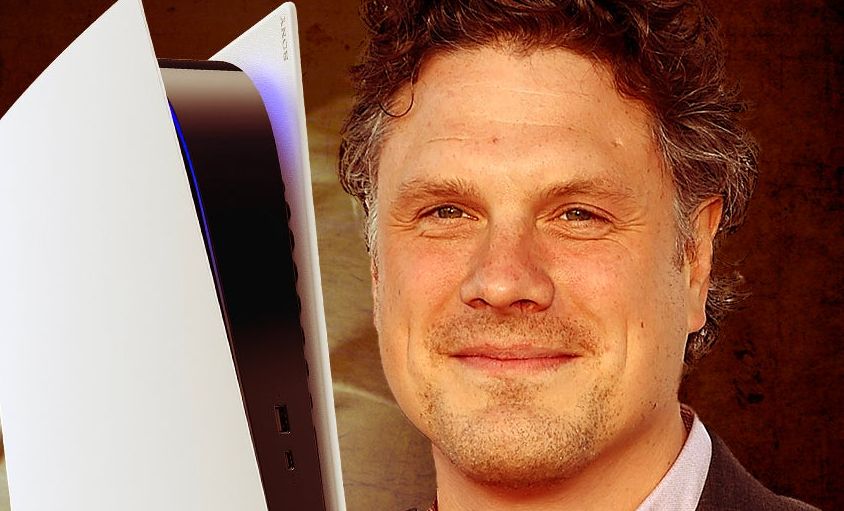 25-years ago writer-director Johannes Roberts explored the dread-filled corridors of the Spencer mansion, then experienced the rain-soaked night surrounding the Raccoon police station created in the landmark videogames Resident Evil and “Resident Evil 2. Now, Roberts calls on those memories to take ardent Resident Evil fans back to the story’s roots with the new film Resident Evil: Welcome to Raccoon City.

Returning to the origins of the massively popular Resident Evil franchise, fan and filmmaker Johannes Roberts brings the games to life for a whole new generation of fans.

“After 25 years of these games, I wanted the fans to be able to walk into it. That was a big part of the appeal of the movie for me. I come from that generation of the first PlayStation gamers who grew up with the game, although I grew up not so much playing it but watching it, says Roberts, a writer, producer, and director from Cambridge, England who has worked with NBC, Universal Pictures, 20th Century Fox, and Magnolia Pictures. His box office hits 47 Meters Down and its sequel 47 Meters Down: Uncaged, both of which were filmed almost entirely underwater, grossed over $100 million worldwide. He has also directed Storage 24 (2012), The Other Side of the Door (2016), and The Strangers: Prey at Night (2018). Roberts is set to direct Flight, a survival-thriller from Paramount Pictures.

“I’ve always been a complete horror freak, so watching other people play it, almost like a movie, was a big part of my student years; the specific sounds the zombies made are indelibly seared onto my soul. Over the last 10 years, I’ve become a big gamer myself and obsessed with ‘Resident Evil.’ The remake of the second game was a major turning point for me in just how cinematic games have become.”

The reverence and attention to detail that Roberts and his team poured into the sets, costumes, and even the characters infected every aspect of the production as he littered the film with dozens of easter eggs for Resident Evil fans to find.

“Every frame has something,” Roberts says. “I did it for myself because I’m a fan. And so there are lots of things just hidden away in the background, nods to the game.”

In Resident Evil: Welcome to Raccoon City, once the booming home of pharmaceutical giant Umbrella Corporation, Raccoon City is now a dying Midwestern town. The company’s exodus left the city a wasteland… with great evil brewing below the surface. When that evil is unleashed, a group of survivors must work together to uncover the truth behind Umbrella and make it through the night.

A fictional American mining town that was taken over by the Umbrella Corporation and used as a place in which to conduct its strange experimentation, Raccoon City is an atmospheric setting that looms over the game and the movie. Ruined by the Umbrella Corporation, the clock is ticking on the town’s demise as the company plans to destroy the entire place come morning. “Raccoon City is a character in the movie and may, in fact, be the main character of the movie, where all these people cross paths,” says Kulzer. “But whatever Umbrella’s plans were with Raccoon City, that has definitely come to an end. They’re ready to move on and blow it up.”

Created by Shinji Mikami and Tokuro Fujiwara, the first “Resident Evil” computer game was released for the PlayStation by Capcom in 1996.

Adapted into a film by Constantin Film and writer-director Paul W.S. Anderson (Monster Hunter), 2002’s Resident Evil was a massive box office hit. The film franchise, starring Milla Jovovich, spawned five sequels, four of which were directed by Anderson. Though it featured several characters from the game, the six films were very loose adaptations.

When that story came to a close, Constantin Co-President Robert Kulzer saw a way to reboot the franchise by going back to the game’s roots.

“The idea was to look at the mythology of the games and go deeper into the events of what happened in them,” he says. “We’d never really done a deep dive into what happened in Raccoon City in 1998, and why the Umbrella Corporation picked it as the place to do these experiments.”

All the main characters of the early “Resident Evil” games — Chris and Claire Redfield, Jill Valentine, Leon S. Kennedy, Albert Wesker, Chief Brian Irons of the Raccoon City Police Department, Lisa Trevor, and Umbrella scientist William Birkin — would come together at this pivotal moment in Raccoon’s history, as Umbrella is planning to level Raccoon City to cover up its sinister deeds.

To write and direct Resident Evil: Welcome to Raccoon City, Kulzer approached Roberts, the British filmmaker behind the hugely successful shark thrillers 47 Meters Down and 47 Meters Down: Uncaged as well as the horror movie The Strangers: Prey at Night.

Because the original video games had been inspired by classic zombie movies, Roberts felt this new Resident Evil should a be horror film rather than follow in the action vein of the previous film franchise.

“Johannes is passionate about horror and it was really him driving this idea of making a scary version that represented the games,” says producer James Harris, who worked with Roberts on 47 Meters Down and The Strangers: Prey at Night.

“I wanted it to be scary – to capture the feelings I felt when the game came out in the 90s,” says Roberts. “That had never happened before playing a computer game – being genuinely unnerved and terrified.”

“Johannes’s insight was to have the horror in the atmosphere, and overall sense of dread,” says Kulzer. “There are jumps and zombies, but the real horror is coming from the way the world looks and feels.”

Harris says that the filmmakers always saw this movie as being an adaptation for the fans of the games. “The fans had never seen game one and two adapted,” he says. “We decided to set the movie in 1998, when the first game came out and made a point of amalgamating games one and two, following the plot pretty closely and having characters represented properly on the screen for the first time. This is something the fans wanted – and a Resident Evil movie that had never been done before.”

“There are some really tortured characters in the game that had never been touched on in the movies, hinting at experiments on kids,” adds Roberts. “I liked exploring that disturbing angle of the game, as well as the classic horror stuff. I wanted to feel unnerved by all this.”

“The most pressure I think I had on me for the whole movie was the zombies,” says Roberts. “How do you make zombies scary when people have seen them for almost 60 years? And what can I possibly bring that’s new to this that’s going to disturb an audience?”

In the end, Roberts says, he “drew a lot from the game.” A more unlikely inspiration was the miniseries “Chernobyl” – Roberts was so disturbed by the depiction of radiation sickness that he asked Resident Evil’s prosthetic supervisor Steve Newburn to lean into the effect of chemical burns and radiation poisoning on the skin, rather than opting for the zombie trope of dead, rotting flesh. “It’s a slow build, rather than you’re bitten and you turn,” Roberts explains. “It required very complex prosthetics. It was insanely tricky to do with Covid precautions, in minus 10-degree temperatures, rain, shooting crowd scenes with hundreds of zombies. But the hardest thing was to feel the humanity of the zombies; I wanted to know there’s a human being under the makeup.” Which would make it all the more scary and meaningful when the gloves come off and the zombies rampage.

Because the original game came out in 1998, Roberts decided to set Resident Evil: Welcome to Raccoon City at that time – a period when the internet wasn’t ubiquitous, dial-up was still the norm, most people kept in touch via landlines and pagers, and the height of technology was a Palm Pilot. “You think that was only 30 years ago and you realize how much technology has come on since,” says Hopper. “One thing I noticed was how much baggier the clothes were back then. They put me in a pair of jeans, and I asked, ‘Have you got any that taper down?’ And the costumer said, ‘This is how they wore them in the 90s. Things were not fitted.’”

“We had a lot of fun playing with retro technology, but definitely the most fun we had was with music,” says Roberts. “I love tracks being upfront in the movie and had so much fun building this soundtrack. We have an incredible set-piece with the Jennifer Page song Crush. We have ‘What’s Up?’ from 4 Non Blondes, we have Bonnie Tyler and some Richard Thompson. It’s a great tapestry.”