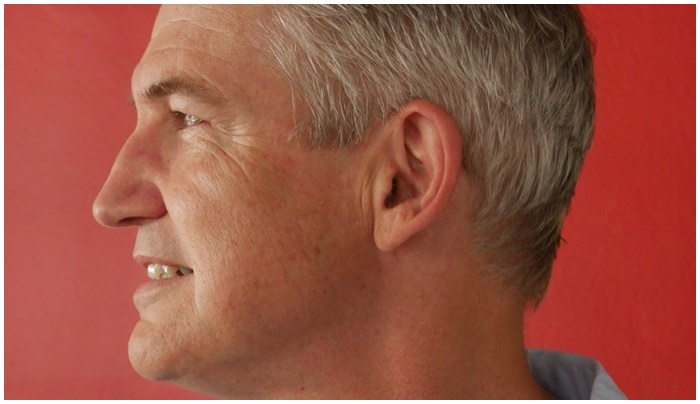 Neil McCarthy has worked extensively in the South African entertainment industry as scriptwriter, director, producer, actor and presenter; he is currently one of the most highly experienced screenwriters in the country. He has worked as senior creative on some of the most successful local drama productions for the SABC (Isidingo, Going Up), ETV (Rhythm City, Umlilo) and DSTV (Isibya, Big Brother).  He has won four SAFTA awards for heading up writing teams.

Between mid-2010 and 2013, Neil was senior vice president in the Worldwide Drama Department of Fremantle Media, based in London.  In this position he travelled widely, consulting across the group’s drama properties in both Europe and Australia.

His career started in theatre. Through the 1980s, he won multiple awards as a playwright, director and actor mainly in productions in Johannesburg’s Market Theatre, some of which toured internationally.  He still works occasionally as a theatre actor, most recently in an award-winning production of Moliere’s Tartuffe.

Tell me about Mayfair… how did you get involved with the project?

Sara Blecher (the director of Mayfair) and I worked together many years ago on a TV drama series called Zero Tolerance. She was in development with the project that became Mayfair, but that process had stalled a little and she felt she needed a new writer to push it forward, so she gave me a call.

Mayfair is a thriller set in the Muslim Indian community of the suburb of Mayfair, Johannesburg. The demographics of Mayfair itself are changing very fast, due to a huge influx of Somali immigrants. This new population brings with it new assumptions and ways of doing business, including criminal business.

Zaid, the central character, comes from an old Mayfair family that has made a lot of money thwarting the law over generations. His father is trying to collaborate with the Somalis, while Zaid himself is trying to keep as far from his father and his corrupt cronies as possible.  The narrative of the film is about Zaid’s struggle to keep to that course in the face of mounting pressures on his family and a spiralling sequence of crises.

What gangster films inspired you to write this story and why did you decide to set it in Mayfair, Johannesburg in 2016?

The Godfather was a definite influence, and the Al Pacino character in  those movies, Michael Corleone, was really the inspiration for Zaid Randera.  In the same way that criminal networks had become structured within the Italian American community in those mob movies so, we thought, could crime become entrenched within a certain echelon of the Indian community in Mayfair.  So the idea was born of doing a “mob comes to Mayfair” movie.

Was it a difficult process from page to screen? Tell me about it, how long it took, and any obstacles?

The story had already been in development for a good few months by the time I came on board, and I worked on it with the producers for a further year or so. We went through many drafts and rewrites.  The major challenge with this sort of plot-based story is to keep the surprises and reverses coming, make sure they are mounting in intensity as the narrative progresses and that the audience doesn’t see them coming. It might sound simple when laid out like that, but it’s a process that doesn’t stop, even in the post-production phase of the project.

You are based in London and SA… did this help with the writing of the screenplay?

I was based in London for a few years, and have now returned to SA.  I think working outside this country for a while does help to get over your parochial assumptions and the strange and debilitating sense of inferiority that many of us carry with us when venturing into an international arena. It’s a mental handicap more than anything else.

Did Sara collaborate on the screenplay or did she simply turn words into action?

Sara is deeply involved with the writing process, and the sternest critic and most reliable sounding board. She interrogates every choice and is constantly alive to alternatives. It’s a great way to write. Your assumptions and first choices need to be challenged and tested. They can usually be improved on.  But you need a very focused outside eye to help you do that.

Were you involved during the process of casting/ filming?  Do you think it’s important for a writer to get involved with the process of making the film, or best to walk away?

I was not very involved. I expressed views on casting, but I was one voice amongst many by that stage.  I don’t want to adopt the tone of an expert in this area, because this is the first of the many feature scripts I have written that has actually made it through to production, but I think it’s important to disengage as a writer once the work is actually put on its feet.

The process of bringing stories and characters to life in front of a camera is very different one to the process of making a story work on the page.  It requires a certain looseness in the way the scriptwriter’s choices are treated. As a writer, it’s sometimes painful to have to witness that looseness take hold, much as you might know it’s necessary. So perhaps it’s better for your own mental health to keep your distance.  I’m just grateful that a fair amount of the lines I wrote emerged as written onto the screen!

How personal is the story to you, or is it pure fiction?

My family is about as far removed from a criminal dynasty within the Indian community as it’s possible to be.  So for me, it was an exercise in listening hard to those on the team who did live within the Indian community, taking research on board, and focusing on the structural elements of the story, which are crucial to its success as a thriller.

The subject of illegal immigration and Xenophobia is very relevant … was this an inspiration to write the story?

It’s a backdrop, a framing device. It gave the story some extra bite, but Mayfair is not a story about xenophobia or illegal immigration. It’s more a story about globalization; about the tension of traditions and insular communities in a world where there are so many forces breaking down those old frameworks. But the movie is fundamentally meant to be entertainment; a film set in a context that we hope makes it feel engaged with the present moment and its particular stresses, even to people who have little knowledge of the communities in which it is set.

What do you think are the advantages of being an actor and playwright for aspirant screenwriters?

My acting background certainly helps in my writing for the screen. I know how much actors can do without having to articulate it in words, I know how rewarding it is to be saying things when you actually mean the opposite, how seldom we say what we really mean.  I know the gaps created between the lines, and the hidden meanings below them are what bring a performance to life.  I know that the power of the script is in what you are not allowing actors to say.

How much has the local film industry changed since you started your career? How does this compare to industries internationally?

Phew. Big one. The local TV industry (where I spend most of my time as a writer) has changed massively. When I started we had no soap operas in SA. Now everything is a soap, even the TV dramas that are pretending they’re not have become soaps in the way they are generated.

I think we’ve become highly skilled in generating huge volumes of high-stakes, plot-driven content, sometimes at the expense of artistic merit. It’s a massive achievement, but it skews the industry.  It makes it harder to gear down and to take the time to re-examine, refine and polish in the way that is required if a production is to reach an international standard.  I think we’re not good at re-examining. That’s partly a budget thing; there is simply not the money to pay writers and show-runners to take time; and it is also partly a character thing. We don’t generally have the disposition to do it.

Having grown up creatively in an environment where you make a plan and keep moving, it’s hard to stop and think and retrace your steps. But it’s what you have to do if you’re going to make something really good unless you are a genius, which I am not.  This is all a long way of saying how grateful I am for a process like the one that gave birth to this movie, where the work was done properly and we had time to interrogate our choices.

What advice do you have for writers who would like to tackle screenwriting?

Listen to the rhythms of ordinary speech. Deconstruct the plots of stories you think work. Think like an architect about how they are constructed and about the principles behind that construction.  Don’t try to be a genius and write something that no one else has written yet, in a style that no one else ever thought possible. There might well be a good reason why no one has attempted it.  Try to write a good script of a type that you have seen before and like.

Love all your characters.  Don’t let your characters say what you are thinking; let their actions demonstrate it. Remember film is a visual medium, not a spoken one.

You have an award-winning career in film, TV and the stage … any preference?

Having just come off a stage play, I love theatre the most. When I finished writing Mayfair I would have said O loved scriptwriting.  I have the heart of a performer and the mind of a writer. It makes for a rich and confusing life.

Directed by Sara Blecher, it is stated in the Production Notes that the film offers “a female perspective on a genre that is distinctly male and a  story that is about manhood.” Your views on this?

I had not read that in the publicity. Sara was certainly very focused on giving the female roles solidity and weight in the narrative. But maybe I’m also more of a female writer, in that I prefer character to plot, I’m not a huge fan of the action/ superhero side of the genre spectrum. I like stories about relationships. I think that sort of approach to an action story, like this one, is part of what helps to make it distinctive.

What do you hope audiences will get from watching Mayfair?

A thrill. Pride in what we can do in this country with pretty tight budgets while, at the same time, space to forget that you are watching “a South African movie” with all the slightly weary sense of having to make allowances that looking through that lens brings. It will hopefully get categorized as just a great story from a global industry.