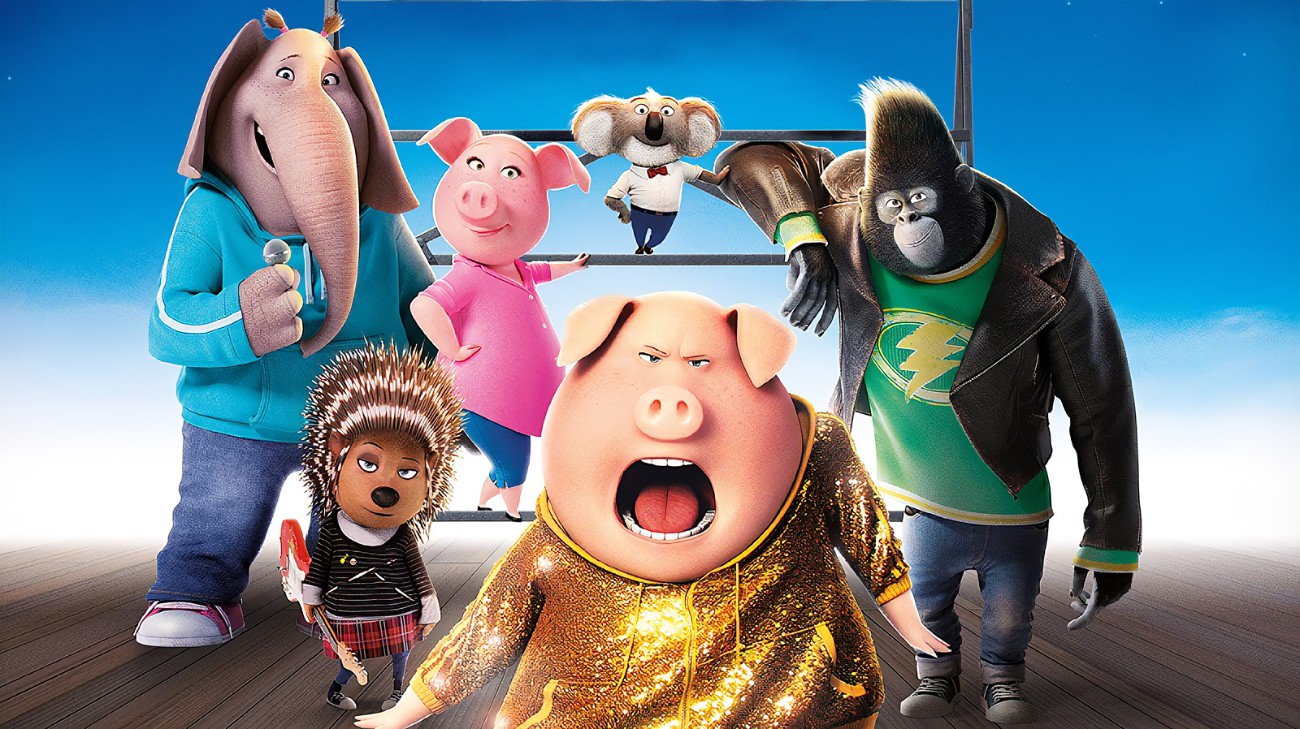 “There is tremendous universality that we are able to locate in our films, and that’s a powerful place from which to tell stories and make movies,” says Illumination founder and CEO Chris Meledandri of Sing 2, written and directed by British writer, film director and artist Garth Jennings, who also wrote and directed Sing in 2016.

When Illumination released Sing in 2016, the film became an instant classic and introduced the world to endearing and unforgettable characters. Sing is a film about giving yourself permission to believe in yourself and pursue your dreams, and its themes resonated with all audiences across the globe.

“Sing worked for audiences on multiple levels,” says Meledandri, one of the entertainment industry’s leading producers of event-animated films,

“It worked on an emotional level and it was delightfully humorous and audiences were able to relate to the characters’ stories. One of the wonderful things about having an ensemble cast is that you watch different audience members choose different characters as their access to the film, and when the core of the audience’s excitement about a movie is primarily rooted in character, you know you have an opportunity.”

If Sing was about finding the courage to pursue your dreams, Sing 2 is about liberating yourself from the limits that other people place on your dreams – or that you place on yourself.

Throughout its history, Illumination films have been guided foremost by character. “One of the most gratifying aspects of being part of Illumination is watching how audiences respond to our films,” Meledandri says. “I believe that audiences respond most to character. It’s the relationship with our characters that lives on with people long after they’ve come to the cinema. Our characters are generally very relatable and appealing, but they’re flawed characters. Like all of us, they have issues, whether it’s insecurities or neuroses or aspirations that have yet to be achieved. The characters are the access points to our films and it’s the characters that cement the audience bond with our movies.”

Humour, like music, is a great unifier of people that crosses boundaries of age, language and nationality

“Audiences love the subversive humour of our films, especially when it’s playing on multiples levels so that both adults and children are appreciating the films simultaneously,” Meledandri says.

One of the truly ubiquitous aspects of our popular culture globally in the 2000s was the advent of Pop Idol, which became American Idol, which then spawned The Voice and many other shows around the world,” Meledandri says. “It was a return to a very old-fashioned idea, which is, ‘I have a talent, and I want to share it with the world. I have no idea how I’m going to be received, but this is my dream, and I’m going to go for it.”

Sing was an unqualified blockbuster, and although audiences loved the film and their affection for and connection to the characters had endured since the film’s release, for Meledandri that didn’t mean a second film was a foregone conclusion. “There’s another aspect to that decision, which is, ‘What do the people who made the film think about the movie?’” Meledandri says. Did writer-director Garth Jennings, the actors, the animators and artists and designers all feel inspired and motivated to return to this world that they had created together? The answer was a resounding yes.

“There was a unanimity of excitement among all of the constituents in this movie,” Meledandri says. “To a person, everybody was asking me when we were getting back together with Garth to make another movie. When that happens, it’s a clarion call to move forward. But, of course, you can’t move forward unless you have exciting ideas, and that became the next challenge.”

“I had an amazing experience on the first Sing movie, so the desire to make Sing 2 was, in part, because I got to work with Chris Meledandri and all the amazing people at Illumination again and because these characters that we had invented seemed to be just right for another bigger, better story. It felt like we were just getting started,” Jennings says.

At the beginning of the film, Buster Moon has a hit show in his local theater, but he’s wondering if he has reached the limits of his own potential. “Buster has made it in his small town, and he’s very successful, but he still has that nagging question, ‘Can I make it at the highest level or am I just a small-town guy with a small-town vision and a small-town cast?’” Chris Meledandri says. When Suki Lane, a talent scout, tells Buster that his show isn’t good enough for the big leagues, it shakes his confidence … and then reignites his ambition. “At the beginning of the movie, it’s almost as if Buster’s been told, ‘You’ve hit your ceiling in life; there’s no place else for you to go,’” Meledandri says. “He refuses to accept that. Once he makes that choice, the answer to whether he’s going to succeed now resides within himself. In Sing 2 each character is grappling with their own issues, and although their success will be tied to how thrilling the show is, at its essence the show becomes about each of them conquering their own demons.”

For writer-director Garth Jennings, there were some intriguing parallels between Buster’s creative aspirations and his own. Incredibly, Sing had been Jennings’ first animated feature. “If the first movie was me getting to pass my driving test, this second movie was me getting to take the car out for a spin,” Jennings says. “At first I felt like, ‘Ok, I’ve got this,’ but that was a little naïve. There are always new things that you didn’t think of, especially as our ambitions across the board grew enormously. With all those ambitions came new challenges. In a way we are doing exactly what the characters in the movie are doing. We’re trying to go way above and beyond what we could do the first time. In every aspect, we were trying to take it to the next level.”

Every aspect of Sing 2 is on a heightened level, from the emotional stakes to the action sequences, from the costumes to the choreography, from the music to the cast. “We found ourselves in situations that were extraordinary that we never could have foreseen, whether it was a casting people like Halsey or Bono or trying to create set pieces like a four-minute Prince number set to an Alice in Wonderland theme,” Jennings says. “Everything was wildly ambitious. It was only after we finished that I realized we must’ve been nuts.”

Sing 2 combines more than 40 contemporary and classic hit songs from pop to rock, K-pop to Latin, and from artists including Billie Eilish, Drake, The Weeknd, Prince, Taylor Swift, BTS, Cardi B, Bad Bunny, J Balvin, Shawn Mendes and Camila Cabello. The film features three classic U2 songs, plus a new original song was written exclusively for the film, “Your Song Saved My Life” – the first new music from U2 since 2019.