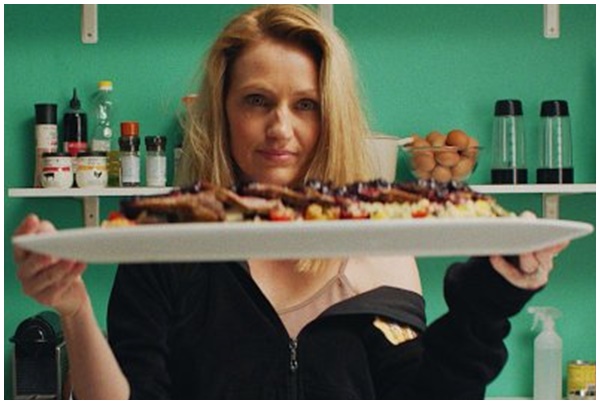 Table Manners is a refreshing look at contemporary life in South Africa, where racial barriers no longer exist – a film that has moved on from having to refer back to the Rainbow Nation’s darker history and rather depicts the true reality of current multi-cultural neighbourhoods and friendships – with the only divide being between the rich and the not-so-rich.

SAFTA Award-winning writer and actress Nkuli Sibeko wrote the script for Table Manners, stating that she was inspired by her own love of cooking and her love for her family when coming up with the storyline for Table Manners.

Leli Maki Esq. makes his directorial theatrical debut with the film and in turn, drew inspiration for the film’s visual aesthetic from the connection that food has to emotions.

No matter how good your Table Manners are, if you land up on the wrong side of the law, it will not help you much!

That is the harsh reality that Megan (Diaan Lawrenson) has to deal with when her fairytale life comes crashing down – all thanks to her husband, Lloyd (Neels van Jaarsveld), who gets arrested for tax fraud, resulting in the family losing everything they own.

As the storyline of the film unfolds after the rug is pulled out from under Megan (Diaan Lawrenson), she has to try and rebuild herself and her life by rediscovering her love for cooking and the flavours of life that she has long since forgotten. With the help of her best friend, Lindiwe (Renate Stuurman), she learns that the path back home begins with realising that she is enough and that all she needs is her three courses of love – family, friends and food.

This is the third film from the Jack&Jill Productions company who has enjoyed past successes at both the Durban International Film Festival and the Pan African Film Festival in Los Angeles.

“The film is about loss, love and finding yourself again through your passions,” says Nkuli Sibeko. “It strongly features just about every kind of love there is…love between a husband and wife, love between a parent and his or her child, love between friends…and then ultimately a love/hate relationship with food.”

The film also introduces newcomer Julian Robinson, who plays Megan’s (Diaan Lawrenson) son, Devan in the film. An absolute natural in front of the camera, Julian is in fact the real-life son of popular TV personality, Freek Robinson.

“The challenge with Table Manners was to channel Megan’s emotions through her relationship with the food; visually representing for example the sensation of her anger through burnt chocolate, which was a bit of a challenge for the team. But we met it head-on and with gusto. We’re very proud of our film and audiences are going to love it,” enthuses director Leli Maki Esq.

The film takes some surprising turns and adds some interesting ingredients along its way, so viewers will be glued to the screen when watching Table Manners to see exactly how and if Megan’s life eventually does all come together.