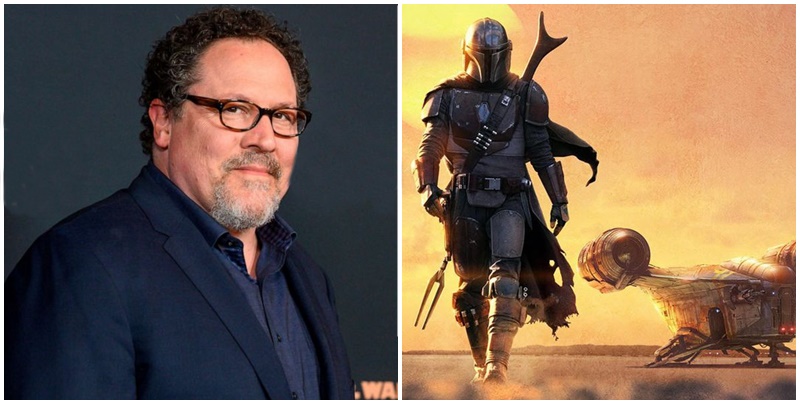 The Mandalorian is the first ever “Star Wars” TV series, and with the launch of the second season on 30 October, 2020, it’s clear that there are few actors and filmmakers who have successfully navigated the current cinematic environment like Jon Favreau, pioneering tech for the future of filmmaking.

From Disney’s live-action The Jungle Book and The Lion King the Iron Man series Favreau’s Mandalorian series is a testament to that.

Creatively helmed, written and executive produced by Favreau, The Mandalorian is the first live-action “Star Wars” TV series ever, one of most spectacular and imaginative TV series ever.

Taking place five years after Return of the Jedi, between the fall of the Galactic Empire and the emergence of the First Order, it follows the interplanetary adventures of a mysterious bounty hunter similar in some ways to the Mandalorian clone of Jango Fett, Boba Fett of the Jedi.

“A Mandalorian is alluded to in the original films that I grew up with,” Favreau said, referring to Boba Fett . “He was a bounty hunter and he wore Mandalorian armor. There was such a fascination with that character even though he didn’t do much in the films.”

“In television, being a writer and executive producer is the job that allows you to be the storyteller. And to me, it’s all about telling stories. If you’re doing a film, being the director is the position that gives you the most impact as a storyteller. In the case of television, I could write a lot of different episodes and collaborate with a lot of other great directors, and there’s a scaling that takes place because there’s a division of tasks that are different than on a movie. “

“For The Mandalorian, it was fun for Favreau to come in and direct an episode this year [for season two] because I wasn’t able to do any of them last year because of my commitment to The Lion King. I found that I love to direct, but I really have more fun working with other directors, working with a lot of newer directors and directors with experience who haven’t worked with technology like what we’re utilizing. To be honest, at my age, it’s really nice to work with younger people who are excited to learn. This is a way for us to innovate together and for me to experiment with pushing the medium forward and working with people who learn these techniques. It forwards the innovation of filmmaking and visual storytelling. And to me, that’s part of what’s fun about this.”

With a mysterious character, Favreau is limited in the amount of detail he can divulge. The Mandalorian is a man of few words hidden behind a mask for the entirety of the first episode, and the only details about his life beforehand are seen in short flashbacks lasting only a few seconds. This limitation, however, pushes Favreau to get creative.

“You’re limited as far as what you could present… But on the other hand, you also have…this powerful [Star Wars] imagery that…has been established worldwide. We understand what those things are, and when you put those images together with the right music and the right camera work and the right story, it all of a sudden resonates very deeply.”

Favreau’s Mandalorian, portrayed by “Game of Thrones’” Pedro Pascal, is one who visits the forgotten towns on the edge of civilization, therefore touching on the cinematic influences first seen in “Star Wars” creator George Lucas’ original films.

“I like the image of the Mandalorian because it really hearkened back to the Westerns and samurai films that had originally influenced Lucas,” Favreau said. “It’s a deconstructed version of Clint Eastwood in ‘The Man with No Name.’ That’s a great, mysterious, fun character to see the world through.”

Like “Star Wars,” Favreau said he is passionate about all the projects he has undertaken, and that’s why he thinks he’s been able to work on some of the biggest ones. For all of those projects, he said he’s felt “a personal connection and responsibility to.”

Favreau said his tonal inspiration for making films might have come from a young age. His mother died when he was 12 years old — around the same time, he said, that he was watching films that would begin with themes of loneliness and sadness and “then a sense of community and love and togetherness takes over.” These themes, he said, are likely the throughline in his films.

“There’s nothing like a movie…or a story to help make you feel that there’s a path to all of this — that makes sense,” Favreau said. “I’m drawn to material that reinforces that.”

The biggest do-or-do-not-die situation involved an element nobody saw coming: The Child, better known online by an unofficial but much more meme-friendly name: Baby Yoda who made a big splash on the pop culture landscape when Baby Yoda became a surprise breakout character.

The Mandalorian isn’t just a story about a masked gunslinger, but rather one about a gunslinger protecting an all-important infant — whose place within the grander Star Wars mythology was such a big deal that nobody outside of production even knew “the baby,” as Favreau lovingly calls him, existed until the series premiered in November 2019.

“When it’s CG, we try to make him obey the same physical laws that he would if he were a puppet. I think a lot of times CG makes itself too obvious where you don’t create parameters creatively that allow the character to keep the same identity and charm. … We’ll learn more about him over the course of the season. I think what’s great about what George created is that Yoda proper, the character that we grew up watching, was always shrouded in mystery, and that was what made him so archetypal and so mythic. We know who he is based on his behavior and what he stands for, but we don’t know a lot of details about where he comes from or his species. I think that’s why people are so curious about this little one of the same species.”

With The Mandalorian 1 & 2 (series 3 in development) Favreau will be able to draw those feelings out over a longer period.

“I’m putting a lot of effort working with Dave Filoni to figure out what the overarching story is and the storyline for all these characters and what the world is like. We want to make sure that we have a road map, because we’re also a puzzle piece that fits into a larger Star Wars universe that has a lot of other movies and a lot of other projects, and we want to make sure we’re consistent with them. We have a good 25-year patch of road [in the Star Wars canon] that nobody is exploring right now, and it’s the most interesting time for me as a storyteller to explore — the time after the fall of the empire and before the resurgence of the darker forces. “

Less than a week after Favreau wrapped production on Season 2 of The Madalorian, the entire entertainment industry — and much of the world — effectively shut down in the wake of the growing threat of the COVID-19 pandemic.

“We were lucky enough to have finished photography before the lock down,”  says Jon Favreau. “Thanks to how technology-forward Lucasfilm and ILM are, we have been able to do all of our visual effects and editing and postproduction remotely through systems that had been set up by those companies for us.”

Favreau noted that due to the rigors of the TV schedule, season two feels like a continuation of season one rather than a new thing.

“As we explore partnering with new filmmakers and having new characters and going deeper with the characters we already have, it’s really been very fun and fulfilling and I hope people are having as much fun seeing it as we are having making it,” Favreau said.

The technology deployed on his photoreal retelling of Disney’s The Lion King, which Favreau directed and produced, helped it earn $1.65 billion at the worldwide box office.

More important to Favreau, however, is the tech is at the heart of his new venture, Golem Creations, which he says is designed to advance the virtual production systems he took to new levels on Lion King and the Disney+ flagship Star Wars series The Mandalorian(which introduced the world to “Baby Yoda,” now melting the internet).

The tech allows filmmakers to use virtual sets and real-time rendering to “shoot” on location in far-flung areas of the world (or imaginary universes) without leaving a soundstage. It has broad implications for the future of filmmaking, impacting everything from storytelling to budgets. Favreau says his pals at Marvel already have come calling to explore its possibilities.

“In The Mandalorian, we used a lot of the same tools to plan the entire production, working with the Unreal engine [from Epic Games]. But Lion King was a much different production because there was no actual photography. “

“For Mandalorian, we take that cut, and instead of going right to animation and render like we did on Lion King, we build sets and a digital environment that we project onto a video wall. We partnered with Unreal and [VFX house] ILM and put together this system for The Mandalorian. All the people that we worked with then took that technology, and they’re doing their versions of it. They’re all slightly different, but basically we did research and development for The Mandalorian, and now everybody is building on the innovation that we collectively did and making that available to other people who might be curious about this process as well.”

Ultimately, Favreau just wants everyone to have a good time watching the latest installment in the “Star Wars” franchise.

“We’ve grown up in this 40 years of the saga, and we all are working on it because we love it,” he said. “And so, the pressure I feel is more to the audience that I want to make sure that I’m throwing a good party for them.”