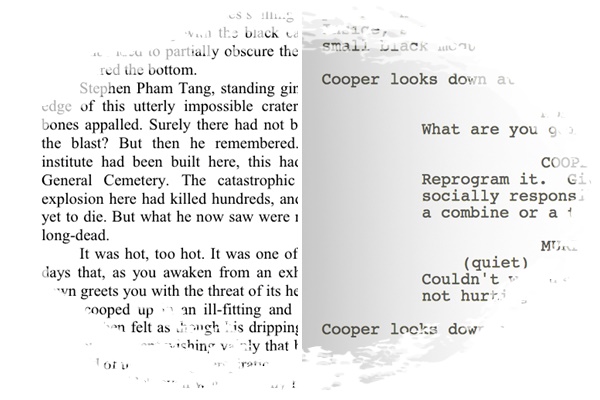 The Screenwriter: An Architect of Dreams!

“Screenwriting is a highly disciplined form of storytelling, one that comes closer to poetry writing than too many forms of prose. It is probably the best discipline to teach you the rules and structure of storytelling and thus inherently valuable to any writer,” says Richard Krevolin,  an award-winning screenwriter, author, playwright, and professor. A graduate of Yale University, Richard went on to earn a masters degree in screenwriting at UCLA’s School of Cinema-Television, and a master’s degree in playwriting and fiction from USC.

A screenplay is writing intended to be turned into a film: 125 pages filled with vivid images (visual narrative), words, dialogue, description, memorable characters, and action. A screenplay is a unique breed of animal that is fun for the storyteller to tame, and exciting to master.

All stories, from Aristotle through all the constellations of civilization, embody the same dramatic principles.

The Lord of the Rings is a film series of three epic fantasy adventure films directed by Peter Jackson, based on the novel written by J. R. R. Tolkien, the screenplays were crafted by Fran Walsh, Philippa Boyens, Peter Jackson, and Stephen Sinclair. It is widely regarded as one of the greatest and most influential film series ever made.

The screenwriter and the novelist are equivalent and have similar creative experiences, and the novel and the screenplay do have one important thing in common, they both have the same underlying story structure.

Story is at the heart of all the different media and all the different genres and if you plan to write novels or write, direct, or produce story films, it is important that you learn as much about story as you can.

There are six billion people in the world with a desperate need for real stories which isn’t being met, and if you take the trouble to learn what a story really is, it will give you a tremendous advantage.

Why Novelists Need to Write a Screenplay

The Write Journey Is Your First Step Towards Becoming A Screenwriter

“Done well, screenwriting is real writing. Yes, there is hack work, but the same is true for novels. There is a lot of drivel on bookshelves, and very few novels that will transport you and uplift you or illuminate some truth of the human condition. The notion that somehow writing novels is real writing and writing screenplays isn’t is nonsense – usually uttered by somebody who couldn’t write a movie that would move people if you held a gun to their head and said, ‘’Show me what great screenwriting is,” says Frank Darabont, The Shawshank Redemption. As a director, Frank Darabont is known for his film adaptations of Stephen King novellas and novels such as The Shawshank Redemption (1994), The Green Mile (1999) and The Mist (2007). He also developed and executive produced the first season and first half of the second season of the AMC horror series The Walking Dead (2010–2011).