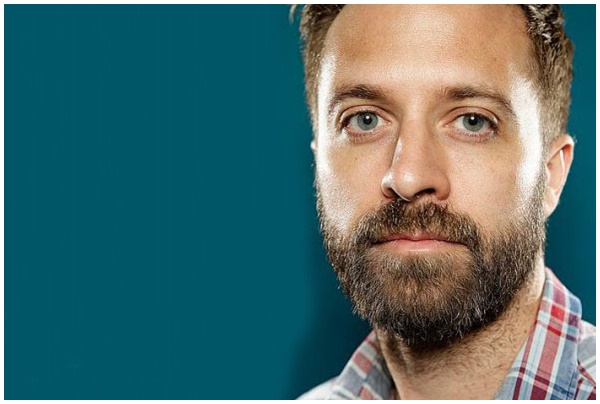 Boldly explores tradition and sexuality and is set amid the Xhosa rites of passage into manhood.

“The Wound was born out of a desire to push back against clichéd stereotypes of black masculinity perpetuated inside and outside of African cinema,” says writer-director John Trengrove, whose critically acclaimed drama explores tradition and sexuality and is set amid the Xhosa rites of passage into manhood.

Read more about The Wound

“As a white man, representing marginalised black realities that are not my own, the situation is of course complicated. Even highly problematic.

It was important to me that the story mirrors this problem. The character of Kwanda is an outsider to the traditional world; he expresses many of my own ideas about human rights and individual freedom. He’s also the problem. His preconceptions create jeopardy and crisis for others who have much more to lose than him. This was my way of saying, ‘‘I don’t have the answers and my own values don’t necessarily apply here’’.

A film such as this cannot hope to provide solutions for the crisis faced by millions of queer people on the African continent and around the world. What it can do, however, is present the crisis for what it is – a deep and ever widening chasm.

In writing ‘The Wound’, inspiration came, unexpectedly, from Robert Mugabe. Statements that he and other African leaders have made since the early 90s imply that homosexuality is a symptom of Western decadence that threatens ‘‘traditional’’ culture. And so, we thought ok, let’s use that idea. Let’s imagine ‘‘gayness’’ as a kind of virus that penetrates and threatens a patriarchal organism, and let’s see how that organism responds to being penetrated.”

Directed by John Trengove, from a screenplay by Trengrove,  Thando Mgqolozana and Malusi Bengu, The Wound, made its debut at 2017’s Sundance film festival, before opening the Berlin film festival’s Panorama section, and is a ripe-for-controversy exploration of sexuality — more specifically, same-sex desire — within the context of initiation schools.

Xolani, a lonely factory worker, joins the men of his community in the mountains of the Eastern Cape to initiate a group of teenage boys into manhood. When a defiant initiate from the city discovers his best kept secret, Xolani’s entire existence begins to unravel.

The Wound made it to the Oscar® shortlist after it was submitted in the category of Best Foreign Language Film, and was nominated for an award in the category of Outstanding Film – Limited Release, by the GLAAD Media Awards, which recognizes fair, accurate and inclusive representations of the lesbian, gay, bisexual, transgender and queer community and the issues that affect their lives. This is the first time that a foreign language film has received a nomination.

John Trengove is a Johannesburg based writer/director with an MFA in film from New York University. One of the Mail & Guardian’s 200 Young South Africans, his career spans theatre, television, documentary, commercials and short film. A Loerie and SAFTA recipient, John is best known for his acclaimed miniseries Hopeville, which received the Rose d’Or for best drama and was nominated for an International Emmy. His short film ‘The Goat’ premiered at the Berlinale and Toronto in 2014 and went on to play at more than 20 international festivals. John directs fringe theatre in his spare time (Including the cult hit ‘The Epicene Butcher’) and heads up the development wing of Urucu Media. His debut feature film, ‘The Wound’, had its world premiere in competition at The Sundance Film Festival and went on to open Panorama at the Berlinale. The film will continue to travel to festivals around the world in 2017.

John Trengrove talks about The Wound

What drew you to the subject matter?

I was interested in what happens when groups of men come together and organise themselves outside of society and the codes of their everyday lives. I wanted to show the intense emotional and physical exchanges that are possible in these spaces and how repressing strong feelings leads to a kind of toxicity and violence. As an outsider to this culture, it was important that I approach this story from the perspective of characters who are themselves outsiders, who struggle to conform to the status quo that they are a part of.

What was the process of writing ‘The Wound’?

We started with a lot of research. Spent time in the Eastern Cape which is where the ritual is mostly practiced. We listened to many testimonials and conversations with Xhosa men who had been through the ritual. Gay men, straight men, some urbanised and affluent, others from remote rural areas. These stories sparked our earliest ideas about the narrative. Researching the ritual brought up conflicting feelings in me. You hear stories about how it can be a breeding ground for homophobic and hyper-masculine behaviour. At the same time, I got to see first-hand the transformative effect it had on some men who went through it. In a world that is under-fathered, there is something profound about a ritual that shows a young boy his place in the world of men.

How do you navigate the politics of being a white filmmaker depicting marginal characters with realities different than your own?

As much as possible I tried to disrupt my own preconceptions. Like most middle-class audiences who watch the film, it would be easy for me to look at Xolani and say, here is a gay character who is repressed and deserves to be emancipated from his oppressive community and express himself as an individual. I resisted those kinds of resolutions for his character and tried instead to present his problem for what it is, which is big and difficult, without clear answers. The character of Kwanda comes closest to expressing those values, but he’s also the problem. His preconceptions create jeopardy and crisis for others who have much more to lose than him. This was my way of saying, ‘I don’t have the answers and my own values don’t necessarily apply here.’

Given the controversy of the ritual in South Africa, how do you think it will be received?

Ukwaluka is a taboo ritual and representing it in the way we have is contentious. We knew from the start that we’d spark strong reactions from traditionalists. But there was also a lot of encouragement from a younger Xhosa generation who seems eager to break the silence around the initiation which is seen to perpetuate some of the dangers associated with it. It’s a vast and very nuanced practice and there remains a lot to be said about the ritual that is not my place to talk about. Things that need to be said from within the culture. Hopefully ‘The Wound’ could spark some of that. Maybe a gay Xhosa kid will look at it one day and go, ‘actually, that wasn’t my experience at all’, and be inspired to write his own story.

How did you come to work with Thando Mgqolozana?

I approached Thando when I read his first novel ‘A Man Who Is Not a Man’, which deals with the initiation. Meeting him was a turning point because he clearly got what I was trying to do. I don’t think he was necessarily interested in working on a project about the initiation again, but he responded strongly to the idea of depicting alternative African masculinities. Thando wrote his own version of the treatment, filtering my ideas through his own experiences and opening up narrative possibilities within the frame of the ritual. We also collaborated on a short film, The Goat, based on a chapter from his novel.

Thando Mgqolozana is a Mandela Rhodes Scholar, a recipient of the Golden Key International Honour for Scholastic Achievement, and one of the Mail & Guardian’s Top 200 Young South Africans of 2010. Mgqolozana is the author of ‘Hear Me Alone’ (2011), ‘A Man Who Is Not a Man’ (2009), a novel that enjoyed critical success and was long-listed for the International IMPAC Dublin Literary Award, and ‘Unimportance’ (2014).

Can you describe your process on set?

We had a few rules that were there to help us stay connected to the truth. All the roles including speaking extras had to be first language Xhosa men who had their own first-hand experience of the ritual. The only exception to this was Niza Jay Ncoyini who plays Kwanda, which made sense because his character challenges and defies the ritual. The larger community of Xhosa men and elders in the film are all non-actors. We asked them to perform the different aspects of the ritual as they would do it, and to react to the rehearsed scenarios in any way they felt was right. If they didn’t approve of a character’s behaviour, they would say so during takes. Sometimes we wouldn’t call cut and scenes would just carry on and we’d be rolling as these men were offering up the most incredible material, completely unscripted. Bongile Mantsai who played Vija is a very experienced theatre actor, was particularly good at encouraging this free flow interaction with the group. It was very exciting to watch and it really kept us on our toes. We shot the group scenes chronologically, in the order that they would happen in the ritual.

On working with Nakhane Touré

I met Nakhane about 2 years ago and I was instantly a fan. I secretly started writing the lead character for him after our first meeting. Even though he didn’t have any professional acting experience I had a feeling that he would be hypnotic on camera. Nakhane is a fearless and multifaceted artist in his own right and understands intrinsically that you have to put yourself outside your comfort zone to do interesting work. He does this instinctively without blocking or resisting and allows himself to be very vulnerable and honest in front of the camera. It’s very rare to work with an actor like that.

Nakhane Touré is a musician, author and actor. He was born in Alice, a small town in the Eastern Cape, and spent most of his formative years in Port Elizabeth. Drawing influence from traditional African music as well as modern alternative rock, Touré released his debut body of work called Brave Confusion in 2013 which won the Best Alternative Album award at the 20th SAMAS ceremony. Touré was chosen as Rolling Stones SA’s October cover artist in the same year. In September 2015, Touré published his first novel called Piggy Boy’s Blues. He stars as the lead actor in ‘The Wound’.

Can you speak about your collaboration with Urucu Media?

Until recently there was a shortage of South African film producers willing to take risks on non-formulaic projects. When I joined forces with Elias Ribeiro at Urucu Media, the first thing we decided was that this is exactly the niche the company would occupy. We wanted to create a space for films like ‘The Wound’, to encourage original voices in local cinema that could hopefully also reach an international audience. People thought we were crazy when we started developing this film, but Elias’s incredible optimism and ability to embrace less conventional ways of financing, particularly international co-production, meant that it finally got made. Today we are seeing more daring films coming out of South Africa, and I like to think Urucu has been a significant part of that shift.