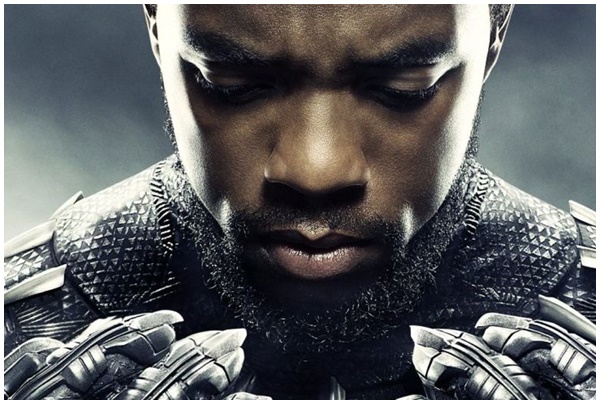 The story of a young African king who takes on the mantle of a Super Hero and the centuries’ old legacy that comes with it.

Long known for its revolutionary creative vision, Marvel Comics has introduced its audiences to a diverse roster of Super Heroes since 1939, most notably with the groundbreaking Black Panther character that made its first appearance in “Fantastic Four Vol. 1” Issue 52, published in 1966, and introduced him to its massive fan base on the Big Screen in Captain America: Civil War, and now  explores his story in Black Panther.

“The diversity in the Marvel Cinematic Universe goes back to the Marvel comics,” says Marvel Studios president and Black Panther producer Kevin Feige “I’ve always said we’re just trying to emulate what the comics have been doing so well for so many decades and one of those things is representing society as it exists.  When the Black Panther character debuted in the ‘60s it was a daring move for the Marvel bullpen of Stan Lee and Jack Kirby to introduce this new character, an African character who is smarter than many of our other heroes and is stronger than most of our other heroes. To be able to put that on the big screen fifty years later is incredibly exciting for us.”

Marvel Studios’ Black Panther follows T’Challa who, after the death of his father, the King of Wakanda, returns home to the isolated, technologically advanced African nation to succeed to the throne and take his rightful place as king. But when a powerful old enemy reappears, T’Challa’s mettle as king—and Black Panther—is tested when he is drawn into a formidable conflict that puts the fate of Wakanda and the entire world at risk. Faced with treachery and danger, the young king must rally his allies and release the full power of Black Panther to defeat his foes and secure the safety of his people and their way of life.

Director Ryan Coogler discusses a scene with Chadwick Boseman during the filming of Black Panther.

Writer-director Ryan Coogler is known for his intimate character-driven style, which catapulted him to the forefront of the indie film world in 2013 with his riveting award-winning drama “Fruitvale Station,” starring Michal B. Jordan. Coogler’s follow-up film “Creed,” again with Michael B. Jordan and also with Sylvester Stallone, cemented his reputation as a filmmaker who excelled with challenging, multi-layered material.

“Ryan Coogler is an unbelievable filmmaker,” comments producer Kevin Feige.  “He’s already made two films that, I believe, will stand the test of time. The fact that he was as excited and passionate about jumping into this storyline as we were was amazing for us.  His early thoughts and ideas really reinvigorated us with the possibilities for the film.”

For Coogler, talking with Kevin Feige was a meeting of minds that “definitely attracted” him to the prospect of taking on “Black Panther.” “Kevin is somebody who you could tell really loves what he does,” says Coogler. “Kevin has a really clear vision of what this universe means in pop culture and in the industry and what it could do. He’s a big-picture guy, but at the same time he can go from big picture to character and story and what’s important in a heartbeat.”

While Coogler’s filmmaking credentials impressed Feige and the Marvel Studios’ team, the self-avowed fan boy and longtime “Black Panther” fan also possessed a deep well of passion and drive to embark on the journey to bring the world of Wakanda to the big screen. That journey began with the screenplay, which he wrote with Joe Robert Cole.

As fantastical as the world of Wakanda is, the writing team made sure that the spiritual, the mystical and the technological influences in the country’s culture were still anchored in the real world with relatable characters to allow the audiences to take in a tangible, yet remarkable experience.

With a compelling storyline in place, the filmmakers looked towards filling the ranks of the cast to surround Chadwick Boseman’s title character. Coogler and Feige would eventually gather an enviable ensemble of pedigreed cast, culling from the ranks of film, theater and television artists from around the world.

Feige comments, “It’s great to be able to delve into the world of Wakanda, see Black Panther’s lineage and heritage and meet these amazing, rich characters that surround him. To bring them to life, we put together a phenomenal cast. They are among the best that we’ve ever assembled.”

Chadwick Boseman, returning to the role of T’Challa/Black Panther after his first appearance in “Captain America: Civil War,” offers what he finds compelling about his character. “T’Challa is smart. He’s a strategist and that has always been something that stood out to me, even in the comic books,” the actor says.  “He’s a world leader and with that comes the responsibility for an entire nation and considering its place in the world.  That’s something that other Super Heroes don’t commonly have but he must also uphold his legacy. It’s an interesting combination.”

Very little is known about Michael B. Jordan’s character, Erik Killmonger, when he’s introduced into the narrative but slowly fragments of his connection to Wakanda are revealed to T’Challa.   Killmonger is a mercenary who is just as lethal as Ulysses Klaue, so with the pair now united against T’Challa, the stakes have grown exponentially.

Academy Award winner Lupita Nyong’o plays Nakia, a dedicated War Dog, which is a Wakandan spy imbedded in countries outside of Wakanda to observe and report back to the royal family and tribal council.

Nakia is a force to be reckoned with—a highly disciplined and strong-willed woman who gives as good as she gets especially when it comes to T’Challa.  Her warrior skills match those of the Dora Milaje, the elite all-female security force, which makes her an exceptionally effective operative.

Best known for her immensely popular role of the katana-wielding Michonne in the hit AMC series The Walking Dead, actress Danai Gurira was a no-brainer when it came to filling the role of the fearless Okoye, T’Challa’s confidante and head of the Dora Milaje.

Martin Freeman reprises the character of Agent Everett Ross in a surprising turn as an ally, albeit a reluctant one, to T’Challa. Ross again becomes embroiled with T’Challa as they cross paths pursuing Ulysses Klaue, who has resurfaced.

British actor Daniel Kaluuya joins the cast as W’Kabi, Royal Counsel to T’Challa when he ascends to rule Wakanda.

Winston Duke portrays M’Baku, leader of the Jabari mountain tribe of Wakanda who doesn’t see eye-to-eye with T’Challa and the royal family.

Academy Award nominee Angela Bassett plays the stalwart Queen Mother Ramonda, T’Challa’s mother. The recent widow is a pivotal character that provides an anchor to both T’Challa, who is struggling with his role as leader of Wakanda and protector of its traditions, and his sister, the headstrong, brilliant young Princess Shuri.

For Academy Award winner Forest Whitaker, joining the “Black Panther” cast as Zuri was akin to a family reunion with Coogler and Jordan with whom he collaborated as a producer on “Fruitvale Station.” As the Shaman of Wakanda and longtime Royal advisor to King T’Chaka, Zuri has a long and complicated history with the royal family.

Andy Serkis revisits the role of the ruthless, unscrupulous South Africa arms dealer, Ulysses Klaue, who first appeared in “Avengers: Age of Ultron.” This time around Klaue is after Wakanda’s vibranium and in the Black Panther’s crosshairs.

With its relatable characters and environments, along with the Marvel Cinematic Universe’s signature spectacular action, “Black Panther” is set to provide everything Marvel fans expect from a beloved Super Hero’s story brought to the big screen.

Summing up, director Ryan Coogler says, “Just the idea of bringing a story and characters like this to fruition, but at the same time dealing with some of the human issues that make Black Panther a regular guy, was so very exciting. What I mostly look forward to is sharing Black Panther’s story with the audience and seeing how it impacts them. And especially seeing how it impacts little kids, like I was when I first came to know the character in the comic books.”