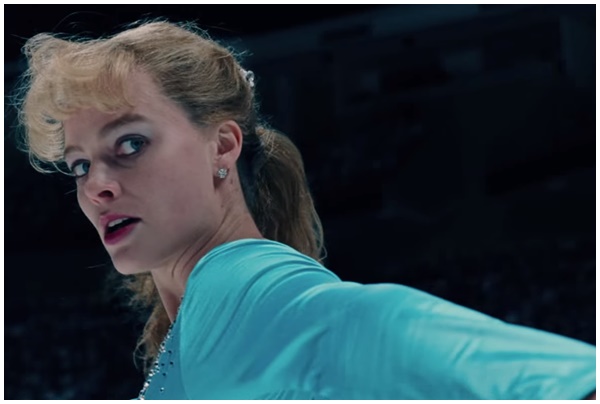 An absurd, tragic and hilarious look at the woman at the center of the biggest scandal in sports history.

Based on the unbelievable but true events, I, Tonya is a darkly comedic tale of American figure skater, Tonya Harding, and one of the most sensational scandals in sports history. Though Harding was the first American woman to complete a triple axel in competition, her legacy was forever defined by her association with an infamous, illconceived, and even more poorly executed attack on fellow Olympic competitor Nancy Kerrigan.

Steven Rogers wrote the script for ‘I, Tonya’ which made the 2016 Blacklist and won the 2016 Hit List. He is also a producer on the film. Previous credits include ‘Hope Floats’, ‘Stepmom’, ‘Kate and Leopold’, ‘P. S. I Love You’ and ‘Love the Coopers’ which he also executive produced.

Recognized for his sharp, offbeat comedy and ability to inspire honest performances, Australian Craig Gillespie is a critically acclaimed feature, TV, and commercial director. Walking a tightrope between the comedic and the mundane, Gillespie brings a unique tonality to his projects across all filmed media.

Gillespie made his foray into feature directing with the critically acclaimed Lars and the Real Girl, followed by Million Dollar Arm,  the remake of Fright Night, The Finest Hours, and  he served as producer and director of the Showtime series, The United States of Tara.

Q & A with producer and screenwriter Steven Rogers

Tell us about the film I, TONYA and what it is about.

There was a great documentary on 30 for 30 that Nanette Burstein did about Tonya Harding that I watched with my niece who had never heard of Tonya Harding. There were these ideas in the documentary that were barely touched on that interested me about Tonya’s story. Mainly, it was this idea that media and people change the narrative to control the stories we read and hear about. So, I went onto the Tonya Harding website and found that her life rights were available. I thought to myself ‘wherever this takes me, I’m gonna go.’ I flew up to Portland and interviewed Tonya, and then I interviewed Jeff Gillooly. Their stories were so wildly contradictory… I knew that angle was my way in— I could present all the different sides of the story and let the audience decide.

What is the significance behind the title I, TONYA?

It was about three things— first, it was me having fun with the famous book I, Claudius by Robert Graves. Second, it was centered around the courtroom oath of “I, Tonya swear to tell the truth…” Then third, there was something about it that I liked because when you’re being interviewed, you put on your good face, and this is what a lot of the characters are doing by having their narrative told.

What were the challenges in making this film?

The script was based on the interviews with Tonya and Jeff. Their accounts of the events were so wildly different… I knew I had a movie. What’s interesting is that Jeff has never told anyone his point of view about what happened. He’s commented on stuff for Hard Copy or A Current Affair, but he’s never told anyone his side of it. I don’t know why he told me, but I’m glad he did. Outside of the interviews, we also did a ton of research and found verbatim dialogue from Shawn, the bodyguard, and Diane. It’s not easy to take someone’s life and reduce it to two hours, but we worked hard to find the right balance and marry the true story with the film.

How does Tonya feel about the film?

We really didn’t know what to expect when we screened the movie for Tonya. It must be such a strange feeling watching a version of your life portrayed up there on the big screen. But we were all so happy when she wholeheartedly embraced the film. She was actually moved to tears and it was fun for her to watch all her skating routines re-enacted with such close attention to detail. She especially loved the actors’ performances— she thought Margot really captured what it felt like at that time of her life. And she laughed at the jokes, too!

Q & A with director Craig Gillespie

What initially attracted you to this film?

I was sent the script with the knowledge that Margot Robbie was attached. The combination of Tonya Harding and Margot Robbie was an immediately exciting idea to me. After reading Steven Rogers script, I was absolutely sold. The story was so masterfully told, with such a beautiful balance of emotion and humor, and a completely unconventional structure that was both intimidating and exhilarating. I couldn’t have been more excited. It was a very tricky tone, but I thought it was beautifully suited to Margot. The dance I had seen her do in previous work between humor, vulnerability and strength were all attributes that I thought embodied Tonya’s world perfectly.

Can you talk about the evolution of the film from when you came aboard through filming?

The script was in such good shape. A main priority for me was capturing the spirit of Tonya and honoring the script. There is a defiance and courage in Tonya. She has a spirit and an energy that I wanted to capture in the film. That meant a lot of moving camera, hard cuts, and music that helped create the chaos and euphoria of her life at that time.

What did you know about Tonya Harding before making the film- and after?

I was very familiar with the incident. I was working in advertising at the time, and had actually done a Campbell’s soup commercial with Nancy Kerrigan 3 months before the incident! Even so, I didn’t know all the details. I had assumed it was something to do with Tonya and Jeff Gillooly.

Discovering the world that Tonya came from and the focus and perseverance for her to make it to two Olympic Games amidst all the chaos of her life gave me a completely new perspective of her.

What do you want the world to know about Tonya after seeing this film?

She was always cast as the villain in the media, and her life is so much more complicated and tragic than that. Not to take anything away from Nancy Kerrigan, it’s awful what happened to her, but I felt there was a much more complex story of Tonya to be told. I wanted to humanize her, and possibly empathize with her.

Did you meet with Tonya and what was that like?

Margot and I had the opportunity to meet her. She was very trusting and candid. It was enormously helpful to see the person behind such a well-known name. To see how she has moved on and overcome such an infamous time.

I was so fortunate to have Margot Robbie and Allison Janney already attached when I came on board. I couldn’t have imagined a better cast! Paul Walter Hauser came in and blew me away for the role of Shawn Eckhart. He was amazingly funny, but it always came from a sincere, genuine place. Exactly what I was hoping for. The role of Jeff Gillooly was the hardest role for me. The relationship between Tonya and Jeff is so volatile. I needed someone who could dance between the humor and violence, but still be sympathetic. We looked at a lot of actors, and it was so hard to nail the tone. Sebastian auditioned and it was pitch perfect. The chemistry between Margot and he was undeniable. They both did such a beautiful job of keeping the humanity in the performance while touching on humor when needed.

How did you handle the skating in the film- was it hard to find someone to do what Tonya was able to do?

Early on I meet with our Skating choreographer, Sarah Kawahara, to discuss what Margot would be able to do, and what we would need doubles to do. Margot trained for 4 months and did an amazing job, but obviously skating at an Olympic level would require doubles. Sarah immediately said we won’t find anyone to do the triple axel, there have only been 6 women to have done it in history. Currently there are two whom are both competing next year in the Olympics, and can’t risk injury. I was stunned at how difficult it was, that Tonya had achieved it 25 years ago and so few had been able to master it since. We ended up having to do it with visual effects!