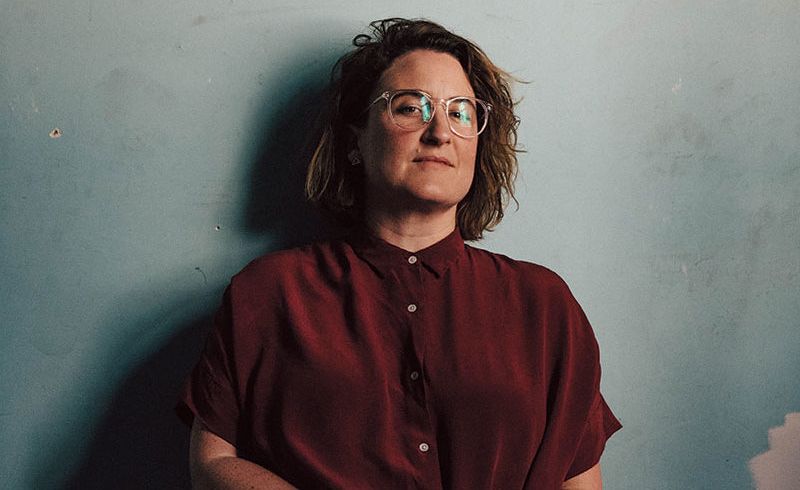 Sophie Hyde is a founding member of the film collective Closer Productions. She lives and works on the lands of the Kaurna people in South Australia and makes provocative and intimate films and television.

Her debut feature drama 52 Tuesdays (director/producer/co-writer) won the Directing Award at Sundance and the Crystal Bear at the Berlin Film Festival. She directed and produced the Australian/Irish co-production Animals which premiered in Sundance 2019 and won a BIFA for Best Debut Screenplay. She created, produced and directed the episodic series F*!#ing Adelaide, which premiered in competition at Series Mania and screened on ABC Australia. She created, produced and directed (EP4) series The Hunting, which won two Australian Academy Awards for Best Screenplay in Television and Best Supporting Actor for Richard Roxburgh and the Australian Writers Guild award for Best Series.

It is network SBS’s highest-rated commissioned program to date. Sophie was nominated for two Australian Directors Guild awards in 2020 for the feature films Animals and The Hunting.

Sophie’s feature documentaries include Life in Movement (producer /co-director), winner of the Australian Documentary Prize, Shut Up Little Man! An Audio Misadventure (producer) and Sam Klemke’s Time Machine (producer), which both premiered at Sundance Film Festival and In My Blood It Runs (Producer) which premiered at Hotdocs, had a very successful cinema run, and has screened on PBS (USA), ABC (Australia) and ARTE (France and Germany).

At the time Good Luck To You, Leo Grande came across her desk, Hyde was reading scripts but hadn’t found the next perfect project. “I got the message that this was Emma Thompson in a story in which she hired a sex worker, and it was all set in one space. And I just thought well, I want to do that, that sounds amazing.” Both the concept of the story and Emma’s involvement were exciting for Hyde. “There are times where there’s an idea that’s great, or there’s an actor attached that’s exciting, but when those two things meet like this you just know that it’s going to be something really interesting and there’s so much room in there to create something.”

With Hyde on board to direct Good Luck To You, Leo Grande and financing in place, finding the perfect Leo came about quickly .before shooting

Good Luck To You, Leo Grande: How a brilliant idea evolved into an irresistible film

The Art of Collaboration – Crafting the screenplay of Good Luck To You, Leo Grande

Good Luck To You, Leo Grande is a reminder that someone unlikely might free you from your own limitations in a small but significant way. And that the search for intimacy and connection can be powerful, brave and necessary.

This film is simple – two actors in one room exploring intimacy, connection, sex, frustration and shifting power dynamics – but in our currently divided world, these intimate stories about connection feel even more vital. Our bodies, our shame, our miscommunications, our sexual connections and sexual frustrations are funny, touching and often tragic and, I believe, we are longing for stories that reflect us and challenge us and allow us to consider how we treat each other.

There is much to be said between two characters who meet to have good sex, and much that cannot be expressed in words. I love to work with desire, our wants and needs, the way our wants compete with each other and the way we try to reject them or embrace them.

Nancy is a wonderful character, repressed but motivated to make a huge change. She is unflinchingly honest about her own discomfort around sex and determined to explore what it could be. She can be abrasive and seem uncaring, but over the film she grows to understand that she may have perpetuated values she didn’t believe in. She may have accepted and reinforced a status quo that is unhelpful to those around her and also to herself. This is as much of an awakening as her physical one. Emma is an actor who can switch from witty to heartbreaking instantly and it has been a total joy to work with her in this role.

Leo is a refreshing character. A truly impassioned and emotionally healthy sex worker is a character we don’t see a lot of onscreen. Leo’s work is therapeutic, warm and emotionally liberating. It is sex-positive, grounded and open. Leo’s deep wounds around his mother are also the thing that gives him great power to be good at what he does. His boundaries are clear, but he is also having a human connection which sometimes doesn’t follow the rules. He is able to decide how to respond to a boundary crossed. Daryl is an actor with warmth and charm, who expanded Leo to have a really connected emotional capacity. It was such a delight to work with him.

The two characters together allow us to be part of a conversation between two people we might not normally watch interact. As a younger man Leo offers a great foil to the tedium of the life Nancy has felt trapped in, and he also gets to challenge her, call her out on some of her tired attitudes and present a fresh take on pleasure and on consent. But he is also working within a performance and Nancy raises things for him that means that performance cracks sometimes.

Eventually, it’s their decision to be more open with each other and to consider and challenge their own boundaries that allow them to be changed by the other.

Nancy is able to accept what Leo offers, which is an exploration of intimacy, both sexual and other. But it’s an intimacy with limitations or boundaries, a professional intimacy because he’s doing his job. He has parts of himself that he allows to be shared for the experience and parts that he protects or are off the table. His professional intimacy is not a lie, it’s a boundary. And a fair enough one. When that boundary gets broken, he has to choose how he will respond.

Sex and the body are fundamental to the film and I feel grateful to have had two actors who also felt this and were ready, to be frank, and revealed. Leo brings into this interaction a view of sex/touching/pleasure as something that tips over into all interaction – there isn’t a line you step over into sex, it is part of the conversation, always with consent. His youthful, healthy vision of sex is much less delineated than Nancy (and some of our audience) might expect. Nancy has a massive shift in her own relationship with her body. Having been soaked in a culture that teaches us to be ashamed and wants to control and change our bodies, it’s a joy to watch Nancy find pleasure in and appreciation of hers.

Visually we were really going for pleasure – shifting light across walls and bodies, revealing the two, reflections of the outside world on windows, bodies, hands, tiny gestures and expressions that allow us into the world of the characters, never viewing from a distance, never cold. Inside our hotel room is not stale or ordinary but it is neutral, a space for the characters to explore and we never wanted to overpower them. Though the cinematography shifts from the early more composed frames that the characters inhabit, to the more intimate, urgent style later on the texture of the skin, fabric, glass, of the flesh is ever-present.

I give my thanks to my collaborators Director of Photography and Editor Bryan Mason, Production designer Miren Maranon and costume designer Sian Jenkins for the nuance and talents they used in creating this world with me.

I think this film is fun and warm with strong performances and I also think it is fresh, with characters who feel familiar and new all at once. My hope is that the audience arrives thinking it will be fun and a bit sexy, but they will leave having felt invigorated, provoked, empowered and uplifted. And also having laughed a lot. And maybe they were a bit aroused too, not by looking at, but by feeling like. And that maybe, they open themselves up just a tiny bit more to others and to themselves.