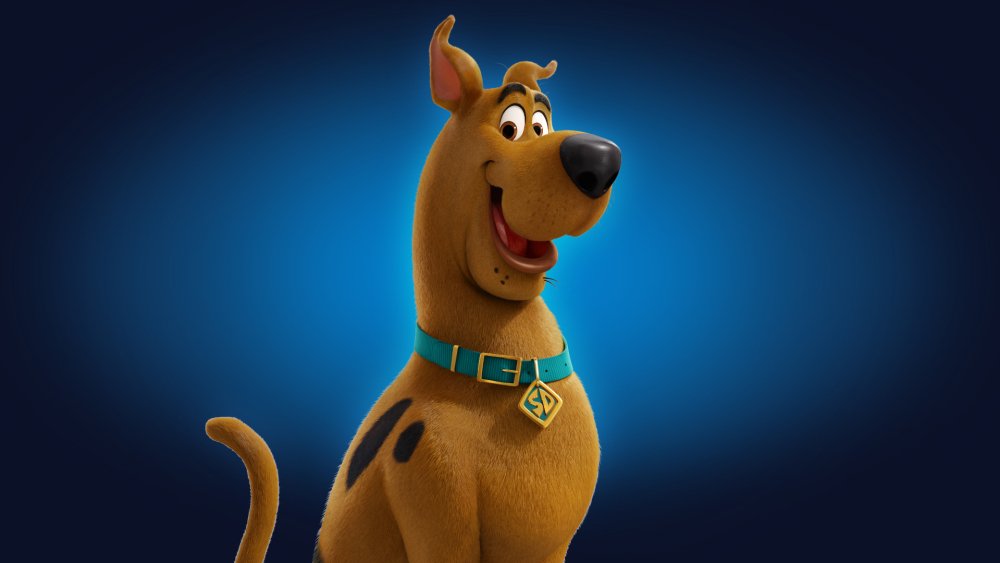 Blending timeless kid-friendly jokes and themes with vivid animation and the kind of contemporary humor savvy audiences expect from Scooby-Doo and the gang, Scoob! is back on the big screen.

“There’s something magical about Scooby-Doo,” says director Tony Cervone, a 25-year animation veteran and a leading expert on the Hanna-Barbera and Looney Tune franchises for Warner Bros.

Cervone started his career in Chicago on Steven Spielberg’s Tiny Toon Adventures and Animaniacs as an animator and storyboard artist. He ended up on the Warner lot in 1994, animating on the theatrical short Carrotblanca. From there, Cervone became the Director of Animation on the 1996 feature film Space Jam. Partnered with collaborator Spike Brandt, Cervone went on to create and produce several television series, including the Emmy Award-winning Duck Dodgers, The Looney Tunes Show and Scooby-Doo! Mystery Incorporated. He also produced and directed several feature-length videos – favorites among them include Scooby-Doo! Camp Scare and “Scooby-Doo! and KISS: Rock and Roll Mystery.

“The show launched over 50 years ago, and it’s been important to the culture ever since.” A fan first, Says Cervone, “This is a giant, epic, crazy movie and not only is Scooby-Doo at the forefront of the action and the comedy, but we get the chance to learn something new and exciting about him.”

Adam Sztykiel is a Los Angeles based screenwriter and producer. He is currently adapting a feature film version of the DC Comic Black Adam for Warner Bros. and Dwayne Johnson. Sztykiel got his start writing the 2008 movie Made of Honor. He went on to write the 2010 film Due Date, 2015’s Alvin and the Chipmunks: The Road Chip and 2018’s Rampage. In television, he was the creator and executive producer of the NBC sitcom Undateable, which ran for three seasons from 2014-2016. Among Sztykiel’s upcoming projects is Spy Guys.

Matt Lieberman (Screenwriter/Story), between November 2018 and January 2021, will have had seven screenplays produced by major studios, including Scoob! They include his Black List script Free Guy, Playing with Fire, The Addams Family, which grossed over $100 million dollars domestically in 2019; and the upcoming Rumble. In addition, he wrote The Christmas Chronicles, a Netflix holiday hit from his spec script, and its upcoming sequel, to be directed by Chris Columbus. Lieberman recently sold his spec script Meet the Machines. He is currently writing The Jetsons, Time Central, Rin Tin Tin and the sequel to The House with A Clock in Its Walls. Additionally, Lieberman wrote Spy vs. Spy, Short Circuit, and Mr. Toad’s Wild Ride. Originally from New Jersey, Lieberman is a graduate of NYU’s Tisch School of the Arts.

Eyall Podell & Jonathan E. Stewart wrote the story. Eyal Podell is an Israeli-American actor and screenwriter. With partner Jonathon E. Stewart, he wrote the screenplay or story for the films Cars 3 (2017) and The Angry Birds Movie 2 (2019). Jonathon E. Stewart is a screenwriter best known for Cars 3, Smallfoot, and Angry Birds 2, and with writing partner Podell has written both live-action and animated screenplays for Warner Bros., Paramount, ABC Studios, STX, Paramount Animation, Sony Animation, Fox Animation and others.

Likewise, the loveable, snack-happy Great Dane with the big heart and goofy giggle learns more about his true history than he or his friends ever suspected. And what a surprising, regal history it is!

Literally, the stuff of legend.

For Scooby, who is characteristically one part bravado to two parts quivering dread in the face of danger, this is a positively life-altering concept. Always part of the group but never taking the lead, he suddenly sees himself and his potential in a brand new light.

With a fresh mindset, an inspiring backstory and a cool costume like his idol Blue Falcon, could he actually be… a superhero? Zoinks!

“This is Scooby-Doo like you’ve never seen him before. He’s usually the comic relief, so in some ways, this really is the first time that he’s the star of his own story,” offers producer Allison Abbate, who, alongside Cervone and fellow animation veteran producer Pam Coats, was instrumental in shepherding the long-anticipated film to fruition—a labor of love that took nearly six years to conceive and execute.

A longtime member of the Warner Bros. animation team, Abbate says, “I’d never worked with the Hanna-Barbera characters before, so this was an exciting opportunity to realize that world in a big way. And I felt the time was right to give Scooby a story with real cinematic scope. We wanted to amp up the mystery and adventure, while also digging deep into the emotion and the heart of these characters.”

Adds Cervone, “‘SCOOB!’ puts Scooby and Shaggy into a different spotlight. Typically, they’re put into situations where they’re scared of their own shadows, but in Scoob! we push them forward and make them the heroes. Cravenly reluctant heroes, possibly… but still heroes! The story is really about their friendship. We see how that connection is forged, how it blossoms and grows, and then what happens when it’s challenged—because people do change, opportunities come up and friendships are threatened all the time. It’s a part of life. The question is, do Scooby and Shaggy have what it takes to go the distance?”

Prolific voice actor Frank Welker voices as Scooby-Doo. It’s a role he’s proudly held for nearly two decades, after accepting the reins in 2002 from his mentor, the legendary Bob Messick, who previously voiced Scoob since the crafty canine’s 1969 debut.

Sharing his insight about the property’s popularity across cultures and generations, Welker says, “I think the show resonates with fans because of the concept created by Bill Hanna, Joe Barbera, Joe Ruby and Ken Spears, of ghosts, mystery, comedy, friendship, loyalty and resolution. It provided a template for stories that were different, and made you look forward to what kind of mess Scooby and Shaggy would get themselves into and then how the gang would get out of it and break the case.”

But the stakes are higher now and instead of being on the outside, pursuing some unknown, elusive enemy, Scooby-Doo is the crucial key to a mystery that puts him smack into the middle of everything with no place to run. Or hide. This time, Cervone states, “The threat is real, the world is in jeopardy and ultimately everything will hinge on the decisions of one very scared pooch named Scooby-Doo.”

The time has come for this dog to have his day. But if Scoob is about to realize his breakout hero moment, where does that leave the faithful Shaggy? If the events unfolding in Scoob! force this famously inseparable duo to part ways forever, it would be downright disastrous, as Will Forte explains.

“In every Scooby-Doo adventure ever made, you always feel the bond between Scooby and Shaggy. Where Scooby goes, Shaggy goes and vice versa; they’re just eternal best buds.

“Like a lot of people,” Forte goes on to say, “Scooby-Doo was a part of my life. As a kid, there was my mom and dad, my sister, and Scoob on TV. It’s always fun to watch Scooby and the gang solve a mystery; you never know quite how it’s going to unfold. So, it was especially meaningful for me to be part of his origin story. There’s something very special about seeing them get together for the first time.”

Ultimately, whatever happens, they must trust in the power of that friendship, symbolized by Scooby’s signature collar: a gift from Shaggy that means Scooby is truly loved and always has a home. And, echoing another of the story’s themes, it’s heartening to see that no matter how difficult, mysterious or scary things get, Fred, Velma and Daphne never give up on rescuing their friends and making things right… as Shaggy and Scoob never give up on each other.

The film also showcases an eclectic comic collection of some of the most memorable toons around, Cervone notes: “We’re bringing together stars from across the Hanna-Barbera universe: Blue Falcon, Dynomutt, Dee Dee Skyes, Captain Caveman and Dick Dastardly. It’s a rich world to choose from and every single person involved with the film had a ton of fun exploring every corner and sneaking in Easter eggs. Every street sign or billboard is a reference to a Hanna-Barbera character or artist.”

One of his favorites, he cites, occurs when a 10-year-old Shaggy stops at a food stand on Venice Beach. “The stand is called Casey’s Creations, for the great Casey Kasem, who was the voice of Shaggy for 40 years.”

Producer Pam Coats says, “I like the idea of putting Scooby and the gang into the cinematic universe with these other characters. It’s fun to watch them interact because these Hanna-Barbera stars of their own series weren’t designed to necessarily belong in the same world. Visually, everything in the movie is familiar and yet enhanced, and that in itself is refreshing, the way they evolve from the small screen to a grand scale.”

“What I love about animation,” she continues, “is that it’s frame-by-frame insanity. It’s art by committee, in the best possible way. You get to work with incredibly talented people—writers, story artists, layout artists, editors, animators, lighters, surfacing artists—who are all passionate about making a fabulous movie. You have voice talent who bring their best game and animators who have to get inside the minds of these characters. That drive for perfection is what keeps us going and I think it shows in the film. Tony brought so much knowledge and instinct to it; he knows everything about these characters; what moves them, what they would or wouldn’t do.”

“Every artist in every capacity did their best to honor the characters they love and the people who created them,” Cervone avows.

“Michael Kurinsky, the production designer, poured his heart into the colors of this world. They’re vibrant and lush, and just feel ‘right.’ Our story people rocked. They brought humor and warmth to every panel. The special effects and lighting teams somehow kept things both realistic and whimsical. And the animators were especially challenged because this is Scooby’s most important mystery ever, and he is a tough dog to animate! He was beautifully designed, originally, by Iwao Takamoto, but creating a fully rendered film performance that kept all his charm and appeal was no easy task.

Bill Haller, the animation supervisor, and I started with everything we knew and liked about the characters and pushed them. We think they’re all more heartfelt, funny and awesome than ever!

“I particularly love the sound design in Scoob!’” he continues.

“Bill Dean, the supervising sound editor and designer scoured the Hanna-Barbera archives for classic sound effects to mix in with the more modern, realistic effects. It’s the perfect blend of nostalgia and cutting edge. This movie sounds like nothing else.”

Abbate, who met Cervone on the 1996 worldwide blockbuster Space Jam, adds, “What’s great about doing a movie like this, and especially with Tony, who knows this world so well, is that we’re able to bring these personalities to life in a new way, contemporize them, but never lose sight of who they truly are. He can deep-dive into the references and Easter eggs without making it feel bogged down in nostalgia. To Tony, they’re not cartoons; they’re real people.”

“I think audiences will be surprised that the movie is as broad and exciting as it is. It goes all over the world,” Cervone suggests. “There are big action scenes, monsters, ghosts and robots, and everything else we could throw at them. But even more, I think they’ll be surprised at how much heart the story has. The reasons we love Scooby and Shaggy will be amplified, and we’re going to enjoy all these characters in ways that are richer and more deeply satisfying. I’m hoping that, when the movie is over, people will think, ‘Man, I love these guys more than ever.’”

Moreover, winks Welker, as any dog owner in the world would understand, “It gives Scoob a chance to prove that he really is man’s best friend.”