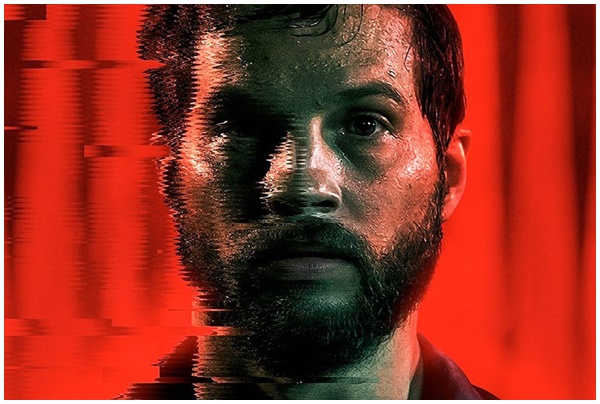 Sometime after Insidious, it became my goal to make a sci-fi film that had the creative freedom of an independent film whilst also making it feel like a big and expansive world.

Upgrade is a thrilling and hyper violent vision of the future from the producers of Get Out and The Purge, and writer-director Leigh Whannell,  the creator of Saw and Insidious.

After his wife is killed during a brutal mugging that also leaves him paralyzed, Grey Trace (Logan Marshall Green) is approached by a billionaire inventor with an experimental cure that will “upgrade” his body. The cure – an Artificial Intelligence implant called STEM – gives Grey physical abilities beyond anything experienced and the ability to relentlessly claim vengeance against those who murdered his wife and left him for dead.

Leigh Whannell has steadily gained recognition for his contributions to film through his writing, acting and now directing and was named one of Variety’s 10 Directors to Watch with his directorial debut Insidious: Chapter 3 (film three in the highly successful franchise he co-created).

Born in Melbourne, Australia, Whannell began his career as an actor appearing in acclaimed Australian series such as Neighbours and Blue Heelers. He was also a presenter and a film critic on the cult hit TV series Recovery, which he later went on to host in its last two seasons, interviewing names such as George Clooney, Jackie Chan and Tim Burton.

Whannell, the co-creator of Saw, studied film at the prestigious Royal Melbourne Institute of Technology, where he met filmmaker James Wan and where they started developing ideas together, including the 2004 Lionsgate release SAW, which Whannell wrote and starred in. In addition to his work on the screenplay for SAW II, Whannell wrote and starred in SAW III and is an Executive Producer on the SAW Franchise. He is also a creative consultant on the SAW video game. The franchise is recognized as one of the Most Successful Horror Movie Series and named so by the Guinness World Records in 2010. Lionsgate released the latest installment, JIGSAW, on October 27, 2017.

Whannell’s other produced writing credits include the Universal release Dead Silence and the Sony/FilmDistrict releases Insidious, and Insidious: Chapter 2, in which he starred.  Insidious: Chapter 3, which he wrote and directed, grossed over 112M worldwide. He wrote the screenplay for the latest chapter of the Insidious franchise, Insidious: The Last Key.

Sometime after Insidious, it became my goal to make a sci-fi film that had the creative freedom of an independent film whilst also making it feel like a big and expansive world. Around this time, I had an idea about a quadriplegic man who was controlled by a computer. And that is when Upgrade was born, but I hadn’t planned to direct it. It was attached to another director but after I directed my  first film – Insidous: Chapter 3 and everyone asked “What is next?” I thought “What about Upgrade?”. I asked the director that it was attached to if I could take it back and he kindly said yes. It felt like it was all meant to happen.

My influences during the writing of Upgrade were films like The Terminator – a perfect example of a relatively low budget independent film that feels much bigger than it is. Besides being brilliantly written and directed by James Cameron, the film pulled off an amazing sleight of hand. Arnold Schwarzenegger played the murderous robot so well that you really believed he was a cyborg under that flesh. He IS the special effect in that movie. And this is something I wanted to do with Upgrade.

The 1980’s were, in my opinion, a great time for science fiction films because they were the height of practical effects. When the 90s arrived, and with them ground breaking CGI films like Jurassic Park and – ironically – Terminator 2, the era of practical, handmade effects became much more quiet. What I miss about that style though, is that the science and the fiction had to live within a box. You couldn’t conjure up anything the way a computer can, so you had to get creative. This made films like Robocop, The Thing, Scanners, Total Recall and many more of that era my inspirations for Upgrade. I didn’t want to simply pay homage to them – I wanted to write a story about thoroughly modern themes in the spirit of those movies. Something tactile and grimy.

Something audiences could see themselves in.

I knew I needed a lead actor who would dedicate himself completely to the physical aspect of the main character, because one of the big special effects is just the actor using his body. In this respect, I am thankful to the almighty Movie Gods for helping me find Logan Marshall-Green. He is not only a brilliant actor who captured the emotional turmoil of the character, but he trained for months on his own time to be able to pull of the robotic, computerized movement I wanted him to enact for the camera.

The rest of the casting came from auditions. Betty Gabriel blew me away with her audition. She really reached through the screen. I instantly could tell that she could play the role of Cortez. She delivers all the time, on time. For the role of Stem, I only wanted to hear the audio from the auditions and Simon Maiden’s voice was exactly what I imagined when I was writing it. He had this really good interplay with Logan and I thought that they were great partners as actors.

Once we decided to shoot the film in Australia, I insisted on shooting in my hometown of Melbourne. Melbourne has a great gothic, urban feel to it that blends both old and new. It’s futuristic and forward looking whilst also housing imposing Victorian architecture. This mix is exactly what I wanted.

With Kylie Du Fresne at Goalpost Films, we assembled a talented and dedicated crew in  Melbourne and couldn’t have realized this world without them. Including pre-production, the production took about 3-4 months. It wasn’t a long shoot due to the smaller budget, but the key to victory was a lot of planning.

Cinematographer, Stefan Duscio was a great partner. For the fight scenes, we really wanted that feeling of computer precision and so we actually locked the camera to the actors in the scenes. It gave us this really precise movement that added to the feeling of an artificial intelligence being in control.

I worked really closely with Felicity Abbott, the production designer. She never worked on a movie like this before – which was a huge bonus since I wanted it to feel new and different to the audience. Before production, we had a lot of conversations about the near-future – Alexa, Siri, self-driving cars. However, we wanted it to be touchable and real with nothing too slick or shiny. The film occurs in  the near-future, not 100-200 years in the future.

For the other things we did in the film, we did very practically. We had an amazing VFX company that gave us all the city scenes, and a prosthetics lead on-set that would create a head that we could just blow up!

After shooting the film, I relocated to Sydney and began editing with Andy Canny. His storysense, thoughtful opinions and total focus were a lifeline for me.

I am very thankful for the creation of this film.