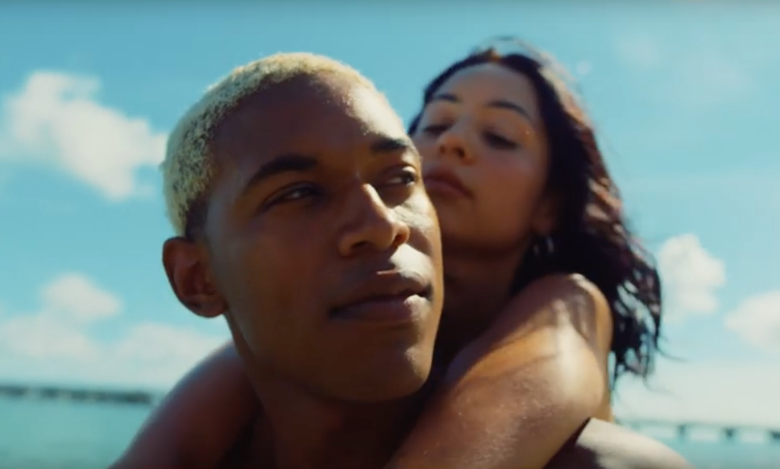 From writer-director Trey Edward Shults comes Waves, the searing story of one family pushed to the brink of destruction, and how they find rebirth and renewal through love, connection, communication, and atonement.

Waves is a uniquely structured story of American life right now, tracing the different trajectories and coping strategies of two South Florida siblings searching for meaning and identity in the wake of trauma.

Shults’ third feature is a deeply personal statement on love and loss, propelled by an exhilarating soundtrack, including songs by Frank Ocean and Radiohead and a mesmerizing score by the Academy Award-winning duo of Trent Reznor and Atticus Ross (The Social Network). Shults is uncompromising in his words, visuals and musical collaborations, revealing how deeply love and loss can reverberate through our lives and families.

Centered on an African-American family living in South Florida, Waves is also an examination of parental pressure and the limitations of parental love—how finding communication between parent and child, and allowing vulnerability to be expressed on both sides, is essential to the survival of both.

“My mom used to say, ‘I have to be hard on you so the world is not harder on you,’” says Sterling K. Brown, who plays the stern and uncompromising patriarch Ronald Williams. “That’s Ronald’s initial approach with his son, thinking he can’t have him going out in the world looking like a fool. Ronald has the best of intentions for his son, but comes to discover, as I have as a father myself, that it’s better to parent out of love than fear.”

Waves examines love in its myriad incarnations, tracing how, at different times, it can both push people apart and draw them together. “This is a movie about the highs and lows of love—romantic love, familial love, what it means to have a passion for something, and what happens when everything falls apart,” says Shults. “Waves exudes an ebb and flow resembling how I think life truly feels at times.”

Waves has been gestating for nearly a decade, beginning well before the Texas-born, Florida-based writer-director made It Comes At Night (2017) and Krisha, his critically- acclaimed 2016 debut, which won the Grand Jury Prize at South by Southwest and screened at the Cannes Film Festival.

Centering on another family story—but for the first time venturing outside, to the broader world beyond—Waves marks a deepening of Shults’ craft, while retaining many of his familiar themes and motifs.

“I was a lot younger when I started thinking about this movie, but it was just images in my head in the vein of a contemporary Dazed & Confused,” says Shults. “At some point it morphed into the story of Tyler Williams, a 17-year- old teenager who experiences an unfathomable tragedy. Then it became the story of his younger sister Emily, who is navigating her first true love.”

Waves is a uniquely bifurcated movie, split into two distinct segments and conjoined by a virtuoso middle passage, a bridge that establishes Shults as one of the most daring and visionary filmmakers working today.

Tonally shifting from Tyler’s downward spiral into Emily’s romantic blossoming and renewal, the two mirrored sections are deepened by the presence of the siblings’ hard-working, exacting parents, played by Sterling K. Brown and Renée Elise Goldsberry.

“I had seen Wong Kar-Wai’s Chungking Express, and it clicked with me that Waves could be a two-part movie focusing on the brother in the first part and the sister in the second, two couples on each side, with the parents linking things throughout,” says Shults.

Adds Sterling K. Brown, who readily signed on to the film despite his busy schedule filming “This Is Us”: “There’s a frenetic energy in the first part of the movie versus the more languid and reflective second portion, which illuminates the siblings and what they’re going through in terms of their respective relationships and their quest for identity. As explosive as the first section is on the page, the second part is beautiful and satisfying in a completely different way.”

Like Shults’ two previous features—both stories of American families grappling with breakdown, chaos, and miscommunication—Waves places the family dynamic front and center, underscoring what is arguably the central theme of Shults’ growing body of work. At the heart of the movie is the Williams family, determined, upper-middle class South Florida achievers, who, in the words of Brown’s stern but well-intentioned patriarch, have to “struggle ten times as hard as everyone else” to get ahead.

From its inception, Shults envisioned Waves as a music- driven movie in the vein of Boogie Nights or Goodfellas, with songs and score serving as a kind of fluctuating tide for the sprawling narrative. Indeed, Waves is largely synchronized to music—mixing contemporary songs from the likes of Animal Collective, Kendrick Lamar and Radiohead alongside an original score by Academy Award-winning duo Trent Reznor and Atticus Ross.

A lifelong music lover, Shults took great care to curate a song selection for the movie that corresponds with his characters’ subjectivity, or state of mind. “When I was writing, and even before I was writing—because I’ve had this movie in my head forever—I was building a gigantic playlist, and then I would write the songs, and sometimes their lyrics, into the script as direction because they would inform how the writing would flow, and how the characters took shape,” says Shults.

Shults has sought in all of his features to capture the rich inner life of his characters, using everything from camera movement to aspect ratio and lens size to convey different emotions.

Working in close collaboration with his frequent cinematographer Drew Daniels, Waves heightens the subjectivity of its characters in bold and adventurous new ways.

“Everything became about trying to get into the characters’ heads, the arc, the lens choices, the camera movement, the aspect ratio were all part of that,” says Daniels. “We knew what the visual language and grammar was going to be for each section of the movie, so we just let things happen naturally within the framework of the story.”

“Waves felt like an explosive liberation compared to my other films, from the storytelling to the stylistics,” says Shults. “It’s my first movie not to have a singular location and we jumped to over 50 locations across 35 shooting days. At times it still feels claustrophobic and suffocating, but at other times it feels open and free as the characters’ journeys progress. It was refreshing this time around to focus on the full world of the characters, their relationships and dynamics.”

Trey Shults is an American director, writer, producer, and actor. In 2010, he made his directorial debut in the short film “Mother and Son,” which he also wrote, edited, and produced.

In 2011 and 2012, Shults variously served as film loader, post-production intern, and intern, on three of Terrence Malick’s films: Song to Song, Voyage of Time, and The Tree of Life. At the time, Shults was a business management student but dropped out to work on films and study films himself.

Despite his youth, Trey has established his mature empathetic prowess and tremendous technical skill with the debut of his first feature, Krisha. The film is an emotional re-telling of the real life incident in which Shults’ cousin’s alcoholism relapses over the course of a Thanksgiving family reunion. The film won SXSW, screened at Cannes 2015 and was released by A24. The film won the John Cassavetes Award at Indy Spirit, Best Directorial Debut from the National Board of Review, Best First Film from the New York Film Critics Circle, and the Breakthrough Director Award at the Gotham Awards.

Trey’s second feature, It Comes At Night, a family drama weaved into a genre film about a father who will stop at nothing to protect his wife and son from a malevolent, mysterious presence terrorizing them right outside their doorstep, was produced by Dave Kaplan (It Follows) and financed by A24.The film stars Joel Edgerton, Carmen Ejogo, Riley Keough, and Chris Abbott.