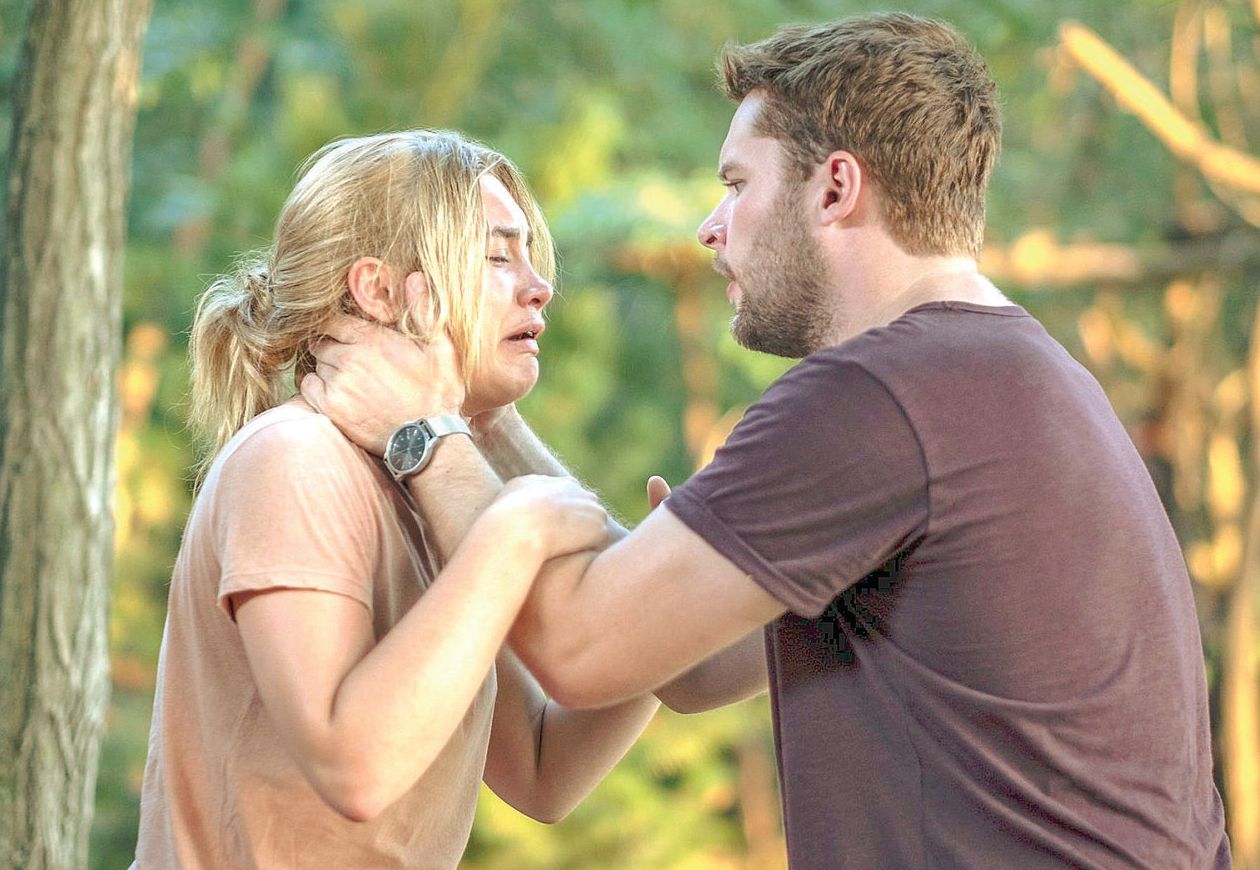 From the visionary mind of Ari Aster comes Midsommar, a dread-soaked cinematic fairy tale where a world of darkness unfolds in broad daylight.

“The initial image that sort of catalyzed Midsommar involved the sacrificial burning of a temple,” says Aster. “I got excited about fitting the ‘breakup movie’ into a new setting, putting an operatic spin on the rote sort of cathartic ending we’ve seen in those movies before—you know, where the jilted protagonist burns the box containing all the items she collected over the course of the relationship she’s finally liberated herself from.”

Writer-director Aster explores a journey into the heart of darkness as an American couple, Dani and Christian (Florence Pugh and Jack Reynor), find themselves unexpectedly drawn into the world of a mysterious and dangerous primeval cult during a vacation getaway with their friends in a bucolic, hidden Swedish village.

Exhibiting a similar horror-genre foundation as Aster’s widely acclaimed debut feature Hereditary, Midsommar is also a major departure from its predecessor, as Aster pushes the genre in new and unpredictable directions.

An apocalyptic adventure on a grand scale, Aster and his creative team construct a mesmerizing and unique world from the ground up, replete with its own language, history, mythology, and traditions. Working with production designer Henrik Svensson in Hungary, where the film shot, the team also built an isolated Swedish village entirely from scratch.

Precisely executed down to the last detail of every frame, Aster’s second feature is a dark and hallucinatory fairy tale that is as thought provoking as it is viscerally disquieting. As Dani journeys from emotional neediness to questionable empowerment, Aster examines a rich array of ideas—from personal fidelity to social influence to cultural legacy— confirming him as a filmmaker of uncommon richness and depth, whose work transcends genre and becomes a singular experience unto itself.

Several years prior, Aster was coming out of a three-year relationship and found himself reflecting back on the break-up as he embarked on a new script.

As he tried to overcome heartbreak, Aster wrote his own struggle into the character of Dani Ardor, a young American woman navigating personal loss as her relationship with her boyfriend Christian crumbles. Setting the bulk of his story in Sweden, where Dani and Christian go on vacation with their academic friends, Aster turned to Stockholm-based set decorator Henrik Svensson to help him understand an environment and culture that was utterly foreign to him.

In 2013, with Midsommar in its nascent stages, Svensson was in Sweden recovering from a minor stroke, taking a year off from work in order to heal. As he slowly recovered, he began researching Swedish folklore and pagan traditions, sending some of his findings to Aster in Los Angeles. This was the beginning of a years-long creative process in which Svensson and Aster co-assembled a 100-page story bible detailing every aspect of the movie’s unique, richly detailed world.

In California, Aster was doing his own research into Swedish, Nordic, English, and German folkloric traditions, consulting everything from James George Frazer’s The Golden Bough, a globe-hopping anthropological study of paganismas it yielded to Christianity, to the spiritual traditions of philosophers such as Rudolf Steiner.

Aster traveled to Sweden, joining forces with Svensson to visit folklore museums, tour preserved hälsingegårds (farms) in the deep north, interview experts in the field, and meticulously study Swedish tribal customs. “We tried to get a grasp on how people in rural and religious Scandinavian communities lived, from 500 years ago up until the present day,” says Svensson. “We looked at the natural elements— how people took care of nature, including plants and animals—as well as the structural elements and the art that surrounded them, including wall paintings. Culture is very strong in these parts, we wanted to get a sense of how they communicated, which was more often than not through music.”

As their research grew darker, they found themselves immersed in more nefarious customs, including Viking torture methods. Juggling darkness and light, Aster began writing his screenplay, inserting a group of modern young Americans into the alien environment of an eerie cult performing a once-in-a-millennium series of rituals during a summertime festival in remote northern Sweden.

From its inception, Aster seldom envisioned Midsommar as a horror movie—instead viewing the project as an epic adventure unfolding in a strange hermetic world. “When the Americans enter this landscape, they walk through pearly gates into a new realm,” says Aster. “We looked at it like an anthropologist might approach Candy Land—how do we create this entirely new place, so the characters can truly live in it? What was crucial for us was to create a world the audience could stand in, live in, and viscerally understand— so that by the end, even though this tribe remains a mystery, it’s also intricately defined.”

Working once again with cinematographer Pawel Pogorzelski, his frequent collaborator, Aster concocts a tale of escalating horror and dread that unfurls in glorious, unrepentant daylight, during a time of year in Sweden when nightfall never completely arrives, plunging the outsiders into an additional layer of disorientation that, as Midsommar reveals its deeper mysteries, coalesces into a hallucinatory freak-out.

“This is a story of a woman who is losing her mind and her bearings, and I thought it would be interesting to put her in a stressful situation where the sun is always up, and there’s no distinguishing between night and day,” says Aster. “There is thematic resonance, given that Dani is not really directly examining her situation.”

After Hereditary, a story that was set primarily in a single-family home submerged in shadows and gloom, Aster and Pogorzelski wanted to do a 180-degree turn away from things that go bump in the night. “With Midsommar, we set out to make something that was persistently and almost naggingly bright—an incessant light that becomes almost assaultive,” Aster comments.

What appears to be a sunny paradise populated with friendly villagers frolicking in nature quickly shifts towards something sinister. As Dani battles her own inner demons, and Christian plunges deeper into the mysteries of Hårga in the hope of achieving academic glory, the couple find themselves submerged in values, traditions and rituals that are disturbingly different from their own.

Pugh for her part embraced the challenge of playing a young woman who travels to the ends of the earth, only to find herself indoctrinated into a chilling pagan cult. “I’ve never attempted a role like Dani before, there’s nowhere to hide with a character as open and raw as she is,” says Pugh. “I wanted to play her because she had so many layers, thanks to the complexities and depth in Ari’s script. I was invested in Dani from the first reading.”

After combing rural Sweden and its distinctive farmhouses for structural inspiration, Aster and Svensson scouted around Hungary for several months, surveying field upon field in search of a location that could accommodate a rural village ensconced in sunlight while also being adequately surrounded by trees and mountains. A meticulous planner, Aster had already designed all of the shots and planned the entire layout of the village before he and his production designer finally found the right location a few miles outside Budapest in early 2018.

By this time, Svensson had been involved with the project for nearly five years, expanding the story bible before cameras rolled to include intricate details for every character, building, and costume. This helped Aster imagine a deeper mythology for the Hårga, including its own fictional language—called Affekt—which is on display throughout the film, in particular during the ritual scenes.

To preserve authenticity, Aster flew in the Swedish actors who play the Hårga villagers—including dozens of extras—toact alongside a British and American cast and a Hungarian crew. Like its densely wrought story, Midsommar is a world containing multitudes.