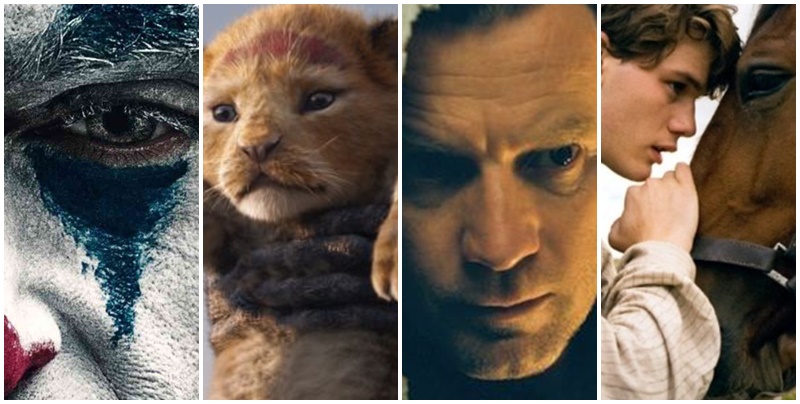 To adapt or not to adapt

To adapt means to transpose from one medium to another. It is the ability to make fit or suitable by changing, or adjusting. Modifying something to create a change in structure, function, and form, which produces a better adjustment.

The screenplay must provide visualisation of the action that can be captured on film.

When screenwriters adapt from another medium it must be a visual experience. That is the primary job of the screenwriters who must remain true only to the integrity of the source material.

Adapting another form of writing to the screen means finding cinematic equivalents in the original piece.

The screenwriters only has 120 pages to tell the story and has to choose story events carefully so they highlight and illustrate the screenplay with good visual and dramatic components.

Films based on real-life stories: Judy, Midway, Official Secrets, In The Heart of The Sea, Suffragette, The 33, 13 Hours, Race, Eddie The Eagle, Sing Street, The Man who knew Infinity, Woodlawn, The Danish Girl, The Idol, Elvis & Nixon, Genius, Spotlight

Adaptation is an age old custum

It may seem strange to translate one art form into another, but it is an age old custom. One of the most popular means of adaptation, is updating the classics.

What is the fine art of adaptation?

The trick of adaptation is to find what still works and find a way to update what no longer does. A book is a book. An article an article. An adaptation is always an original screenplay.

A novel usually takes place inside the character’s head. A play deals with the language of dramatic action. A screenplay deals with externals, with details – the ticking of a clock, a child playing in an empty street, a car turning the corner. Up to 25% of all feature films have been literary adaptations.

Directed and edited by Mike Flanagan from his own screenplay based upon the novel by Stephen King, Doctor Sleep continues the story of Danny Torrance, 40 years after his terrifying stay at the Overlook Hotel in The Shining. “I always tell people the difference between Stanley Kubrick’s movie and my book is his movie ended in ice and my book ended in fire,” says Stephen King. “But, by taking Dan Torrance’s story as a grown-up and filtering it through his own, apparently large heart, Mike has been able to take the Kubrick movie a step further, so that it warms things up. Mike’s film does two things. It is a fine adaptation of Doctor Sleep, but it is also a terrific sequel to Stanley Kubrick’s movie ‘The Shining.’ Mike has worked in a universe where some of the things that happened in ‘The Shining’ movie didn’t happen in my book…and has somehow been able to make it work.”

After seeing the film version of a well-known novel, most of us have commented that the book was better, or different in some part. Adapting a book into a screenplay means to change one (book) into another (screenplay), not to superimpose one onto the other.

Narrative film and the novel

Because film is a visual medium and tells us much more than the novel possibly could about the physical nature of people, places and things, the filmmaker is more limited than the novelist in the images he presents, but has much more control over how his audience receives such images.

Poetry and song lyrics are defined as writing that formulates a concentrated imaginative awareness of experience in language chosen and arranged to create a specific emotional response through meaning, sound and rhythm.

The meaning comes from the literal meaning of the words and what those words suggest by imagery and symbolism. That kind of imagery in the stage directions of a screenplay is useless in the film.

Imagery may help the director to understand the writer’s intention, but most directors pay little attention to the literary quality of the stage directions.

Imagery in dialogue will seem unreal and literary against the realistic background of the film.

The impact of language in poetry occurs through the rhythmic arrangement of the words. There is not much point, except to salve the writer’s ego, to put the dialogue in too distinctive a rhythm or to write the stage directions in a poetic rhythm.

Rhythmical narration has occasionally been used in film, but its use is very formal. It seems contrived and artificial to modern audiences.

Watch the film The Man From Snowy River, which was based on a poem. Also watch and listen to Andrew Lloyd Webber’s Cats, and read the T.S Elliot poems; as well as Chicago. Write a page or two on how the material was adapted.

Approach it from the screenwriter’s point of view.

Prose is the ordinary language of speaking and writing and it appears in a variety of forms. The essay is a collection of ideas expressed in words.

The emphasis is on the facts, some of which can be shown on the screen, and abstract ideas, which generally is difficult to visualise.

Films are about objects – human and otherwise – and about their actions. It is not the best medium for abstract ideas.

Because of the short length of stories and articles, they may work adequately as short films, but may have to be developed and added to work as longer films.

Closer to films. The dramatic structure of the play has a beginning, middle, and end.

The action in the theatre is stylised. We accept the unreality of the action as representation of reality. We know that events will occur on stage in much shorter amount of time than in real life.

Because of this stylisation of action, we will also accept a stylisation of language, either in the poetic forms of the Greek tragedies, Shakespeare, and Moliere or in the expressive prose of Arthur Miller and Tennessee Williams.

Director Jon Favreau, who utilized technology to tell the story of the live-action The Jungle Book in a contemporary and immersive way, has long admired Walt Disney’s pioneering spirit, and pushed the boundaries to take The Lion King to the big screen in a whole new way—employing an evolution of storytelling technology that blends live-action filmmaking techniques with photoreal computer generated imagery. “It’s such a beloved property,” says Favreau, who directed the film from a screenplay crafted by Jeff Nathanson (Catch Me If You Can, Pirates of the Caribbean: Dead Men Tell No Tales), based on the 1994 screenplay by Irene Mecchi, Jonathan Roberts and Linda Woolverton.

We also accept stylisation and action in television, which is why many stage plays work better on television than they do as films.

Because films show us photographs of not only real people, but also real things and places, we except a greater degree of realism in the dialogue and action in a film.

A play is told in words, and thoughts, feelings, and events are described in dialogue on a stage locked within the boundaries of the proscenium arch.

A play deals with the language of dramatic action.

The form of writing that is closest to screenwriting. Comic strips and films combine action and dialogue. The comic strip writer must try to find the balance between the two.

Pictures in comic strips do not move, so we can spend as much time as we want reading the words and pictures. Films move, and they have to be clear enough both visually and aurally that we can understand them as they go past.

Directed, co-written and produced by Todd Phillips, Joker is the filmmaker’s original vision of the infamous DC villain, an origin story infused with, but distinctly outside, the character’s more traditional mythologies. Phillips directed Joker from a screenplay he co-wrote with Oscar-nominated writer Scott Silver (The Fighter), based on characters from DC.  Phillips’ exploration of Arthur Fleck, who is indelibly portrayed by Joaquin Phoenix, is of a man struggling to find his way in Gotham’s fractured society.  Longing for any light to shine on him, he tries his hand as a stand-up comic, but finds the joke always seems to be on him.  Caught in a cyclical existence between apathy and cruelty and, ultimately, betrayal, Arthur makes one bad decision after another that brings about a chain reaction of escalating events in this gritty, allegorical character study.

The technique of writing for comic strips have been used by filmmakers to storyboard the screenplay. This allows a filmmaker such as Steven Spielberg to storyboard the screenplay of films such as Jurassic Park and The Lost World, which require highly specialised computerised special effects and camerawork, and hand the storyboard to the respective department months before filming begins. This allows them to perfect their craft, and give audiences effects they have never seen before!

Writer-director Elizabeth Banks takes the helm as the next generation of fearless Charlie’s Angels take flight, from a story by Evan Spiliotopoulos and David Auburn. It is the third installment in the Charlie’s Angels film series, which is a continuation of the story that began with the television series of the same title by Ivan Goff and Ben Roberts and the theatrical films, Charlie’s Angels (2000) and Charlie’s Angels: Full Throttle (2003).

Take a closer look at The Art Of Adaptation

Take The Write Journey to Adapt Your Favourite Story