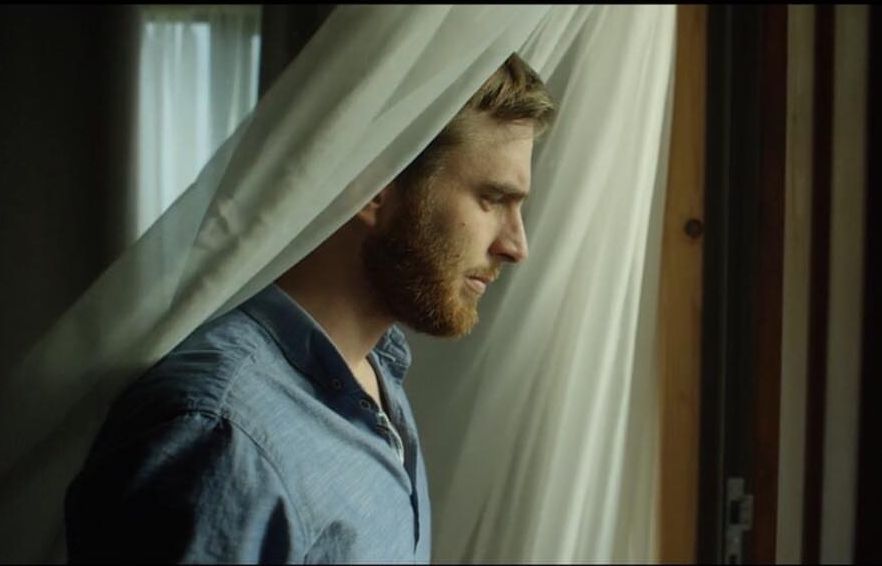 Grief at losing one’s mum is the universal theme that lies at the heart of ‘Skemerson’ (‘Sun Cry Moon’), the new film directed by Phillip Rademeyer and written by Pietie Beyers.

Learning to cope with loss is difficult, but adjusting to the loss of a mother stands as one of the most painful challenges most people will experience in life.

‘Skemerson’ is a personal story for Beyers and is inspired by true events.

“It’s not entirely my own story, but my own experience with obsessive compulsive disorder (OCD) motivated me to write the script and have the film made. Expressing my emotions in a healthy and productive way proved to be a healing experience for me and I hope that the story will help others too. A key theme of the film is that mental health issues are normal, common, and nothing to be ashamed of,” he says.

The film tells the story of a young man, Sella (Beyers) who decides to take his own life. He is a doctor whose mental state has been triggered by the trauma of losing his mum after he nursed her for some time. Not only is his grief overwhelming but he also feels responsible for her death and blames himself. He stands on the 216m high Bloukrans Bridge, the iconic arch bridge located near Nature’s Valley, about to meet his fate, when he hears a young woman’s laugh. Emma (Anneke Weidemann), is taking care of her frail mother (acclaimed actress Elize Cawood), who is dying and does not have long to live. Their meeting is the beginning of a weekend that will change their lives forever.

Grief is a deep, all-consuming emotion and it can be difficult to put into words. Sometimes,  all you want is the sense of comfort that there are other people out there in the world who understand your pain. ‘Skemerson’ encapsulates the sadness of losing a loved one, portraying the experience of grief and loss in all its different forms.

“It’s time that we break the stigma surrounding mental illness – too many people struggle with challenges that they feel ashamed of. If you don’t have to be ashamed of having flu, you shouldn’t have to feel ashamed of emotional or mental challenges either. The brain is an organ, also vulnerable to fluctuations in health,” says Beyers.

“Skemerson (sun cry moon) aims at reassuring people that we’re all both equally normal and strange. It’s okay to feel both and to go through tough times. There’s always help and there’s always hope. The movie doesn’t applaud self-pity, but rather encourages an honest and healthy way of dealing with hardship. It’s okay to not be okay. It’s a story of being human. It is is also a story about love. Romantic love, love for those around you and love for yourself. It’s a universal story, one of the most honest movies you’ll see. “

“Grieving is the physical, emotional and mental demonstration of loss, and it’s normal to experience profound feelings of grief after losing your mum, because of the unique relationship we share with our mothers,” says director Philip Rademeyer. “’Skemerson’ delves into the elements of the emotional struggles around death, dying, grief, and bereavement. Grieving is an individual process, and your own coping skills, personality traits and relationship with your mother will influence the grieving process for you. In the film, those who are grieving laugh, cry and reminisce to facilitate healing. These feelings and responses are nothing to be ashamed of.  The film explores opportunities for light to shine where there is darkness, and for hope and joy to exist – even where there is sadness.”

Rademeyer says he has at times struggled with his own mental health and knows the feelings of shame and isolation it can cause. “Helping to bring this story to life was important,” he says. “With ‘Skemerson’ we hope to convey to audiences the message that mental health issues are common, and nothing to be ashamed of.”

The past few years have seen increased awareness and a shift in perception around issues relating to mental health. With more people, both in and out of the limelight, speaking out about their own mental health, a long overdue destigmatization and normalizaton of mental health disorders is occurring.

There is, arguably, greater stigma attached to men struggling with their mental health, so when Pietie Beyers (who wrote the screenplay based on his own experiences) approached me to direct Skemerson, I was immediately drawn to its subject matter. On a personal level, as someone who has at times struggled with my own mental health and who knows the feelings of shame and isolation it can cause, helping to bring this story to life was very important.

The film’s tagline is “It’s okay not to be okay,” which is precisely what I hope we manage to convey with Skemerson – that mental health issues are normal, common, and nothing to be ashamed of.

I am a theatre writer and director by training and trade, and relished the opportunity, challenge (and steep learning curve!) of directing my first film. I was approached for this project due to my abilities to craft a story and work with actors. Whereas I obviously engaged intensively with the director of photography, production designer and other departments (and trusted everyone’s vision and skill), my creative focus throughout the process was on working closely with the actors in order to tell the story in the best way we could, without over complicating it.

My favourite films and my own theatre productions are not about spectacle, “tricks” or action – they are about the psychology of individuals, and subsequently the relationships between people. I believe the viewer connects to a story or theme through the vulnerability and honesty of the characters, through moments of (consciously or subconsciously) recognizing themselves in a character, a reaction, a decision or an emotion. This belief drove my approach to tell this story as simply and honestly as we could.

Skemerson is a film about a young man struggling with his own mind. As anyone with a mental health disorder will know, this internal struggle can be constant, relentless and very dark. The film asks, “What allows one to lighten the struggle? What allows one to keep fighting?”