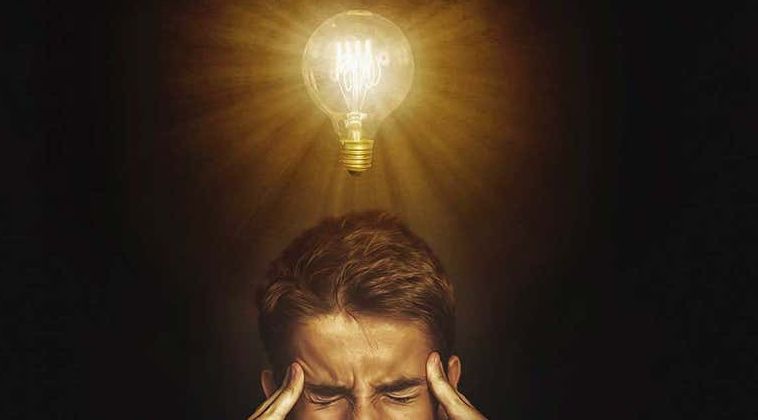 It is your calling as a writer to write stories, to constantly search for new ideas, to search for ‘the one idea’ that will that will change the world.

Your life as a writer is informed and fueled by inspiration and driven by passion.

You will have many ideas that you want to develop into a story, and each idea will have its own challenges, beginning as a seed that is planted in the soil, gradually growing into a story, day by day.

An idea is not something you can rush, predict or control; it has its own temperament and knows what it wants to be.

It is equally unpredictable and strikes the writer like a thunderbolt. One day you are searching for an idea, pondering what to write, the following day you are suddenly in its grasp, and for many years you will its obedient slave.

There are times you will feel that your idea is a hopeless case, and times where you don’t have enough hours in the day to shape it into a story you are destined to tell.

Your idea will ignite a burning fire that will rage on until its flames are seen from the moon.

One day there will be nothing, then suddenly EVERYTHING.

Arts is Choice. Choice making is at the heart of all creative expressions, and The Write Journey will make the most of the story you are destined to write.

Make the most of your IDEA

In the 20th Century four major issues have governed screenwriting and screenplays: The Notion of God  – religious and spiritual issues; Democracy – freedom; Male/ Female relationships and Issues of identity in terms of class, culture and sexuality. Does your idea deal with these issues?

Most stories that are dramatically successful, have resonance, and are universally relevant, express some underlying idea that has universal appeal for audiences and readers, who can identify with the characters and situations. What is the Thematic Purpose of your story? What are you trying to say by writing your story? What is the glue that will bind your story?

Art is a microscope which the artist fixes on the secrets of his soul and shows to people these secrets which are common to all.
Leo Tolstoy

Does your story promise Drama?

You know our story has dramatic potential if you can draw your audience/ readers into a deep involvement so that they will care about the story and the characters, suspend disbelief, and be involved in whatever is happening; if you can hold that involvement, your audience/ readers will be captivated and intrigued from the opening scene to the ending, and experience a rollercoaster ride, eagerly awaiting what happens next; and if your audience/ readers will experience a great rush of excitement and emotional fulfillment and when they reach the end of your story. They will take the story and characters home with them, and it will live in their hearts for eternity.

Even if screenplays / novels / TV Pilot seem commercial, write something of worth, something you want to write, you can see, and something you are capable of writing.

Story urges the creation of works that will excite audiences on the six continents and live in revival for decades. No one needs yet another recipe book on how to reheat Hollywood leftovers. We need a rediscovery of the underlying tenets of our art, the guiding principles that liberate talent.

Your idea must promise conflict

Conflict is the heart and soul of writing. It’s the reason we engage with stories. As human beings we tell stories to make sense of the world, to find order in chaos, to process the experience. Without conflict there is no story, simply an account of events. The success of your idea depends on the conflict, there is something at stake that the audience can care about and identify with. This can range from something as huge as the survival of the species to something as personal as being understood. Does the conflict in your story offer enough dramatic potential?

Will your idea travel the distance?

A potent idea will carry a complete 100 – 110-page screenplay, several chapters, or 900 minutes of intrigue for a TV series; have a gripping set-up that promises lots of complications and ways to spin the audience / readers into different emotions during the confrontation, and ultimately resolve itself in a climactic pay-off, a meaningful and resonating conclusion.

One of the gifts of being a writer is that it gives you an excuse to do things, to go places and explore. Another is that writing motivates you to look closely at life, at life as it lurches by and tramps around… To be a good writer, you not only have to write a great deal but you have to care. You do not have to have a complicated moral philosophy. But a writer always tries, I think, to be a part of the solution, to understand a little about life and to pass this on.

Anne Lamott, Bird by Bird: Some Instructions on Writing and Life

Does your idea promise sensuality and dramatic action?

In his Screenwriting 434, Lew Hunter says that a painter has three primary colours on his palette: red, blue and yellow. As a writer you have two primary emotional colours: sex and violence. This does not mean the horror-slasher genre. In story terms, the words sex and violence means sensuality and dramatic action, not blood and gore and naked bodies. Look at the plot lines of such classics as Medea, Oedipus Rex, Hamlet, King Lear, and works by Ibsen, anything by Tennessee Williams, and Shakespeare. The most extreme form of violence is psychological violence. Even in The Sound of Music: the Nazi’s were the overall threat and the feelings between Maria and the children’s father were sensual.

Is your idea interesting enough?

Will the story be interesting for an hour and a half to two hours? A page-turner? Is it the type of the story the public will pay to see? Will it be interesting two years from today when the film will go into production?

How original is your idea?

A story is not only what you have to say, but also how you say it. Writing urges the creation of works that will excite audiences on the six continents and live in revival for decades. The world of a great artist always strikes audiences as exotic and strange. What you are bringing to the world as a storyteller is your own, unique, individual and ‘original’ voice; a story told in your specific way, from your experience, researched from your history or seen from your perspective. Never mistake eccentricity for originality. Never be different for the sake of being different.

Can you possibly get it sold?

If you do sell it, you do. If you don’t, you’ve created another property for your inventory. Even if any of the stories you write never sell, you must love the process. That should be more important to you than acceptance or sale. Make your principal reward the very act of writing.

The tricky thing about being a writer, or about being any kind of artist, is that in addition to making art you also have to make a living. My short stories and novels have always filled my life with meaning, but at least in the first decade of my career, they were no more capable of supporting me than my dog was. However, part of what I love about both novels and dogs is that they are so beautifully oblivious to economic concerns. We serve them, and in return, they thrive. It is not their responsibility to figure out where the rent is coming from.

Is it a story that is good for you to write?

Focus on the best development of your potential. Will your idea serve the necessary end? As a writer you must ask yourself if the idea will significantly help you develop your potential? Can you best learn from this idea?  Will it show people what a good writer you are? A “calling card” story?

We will do an awful lot for stories – we will endure an awful lot for stories. Moreover, stories, in their turn – like some kind of symbiote – help us endure and make sense of our lives. Many stories do appear to begin as intrinsic to religions and belief systems – many of the ones we have gods or goddesses in them; they teach us how the world exists; they teach us the rules of living in the world. However, they also have to come in an attractive enough package that we take pleasure from them and we want to help them propagate.

Is your idea worth exploring?

What is the most effective medium that will be ideal to showcase your story?

Will your story work best as a novel? If so, write the novel, the adapt is for a stageplay or film.

Do you see your story lived out on stage? Write it as a stageplay, driven by lots of exciting exposition through dialogue. With the advance of technology, anything can happen on stage today as in War Horse (based on a stunning book and brilliant film). Also, most popular sell-out plays are now screening in cinemas worldwide, allowing millions of people to see that play (or opera) projected in the comfort of their cinema.

Do you want your story to be a film, where it is larger than life and magnified 10 times on a big screen, or IMAX, and even bigger screen?

The Write Journey course explores The Write Idea, how to conseptualise ideas, shape your thematic intention, finding the write title, and how to research what you want to write about