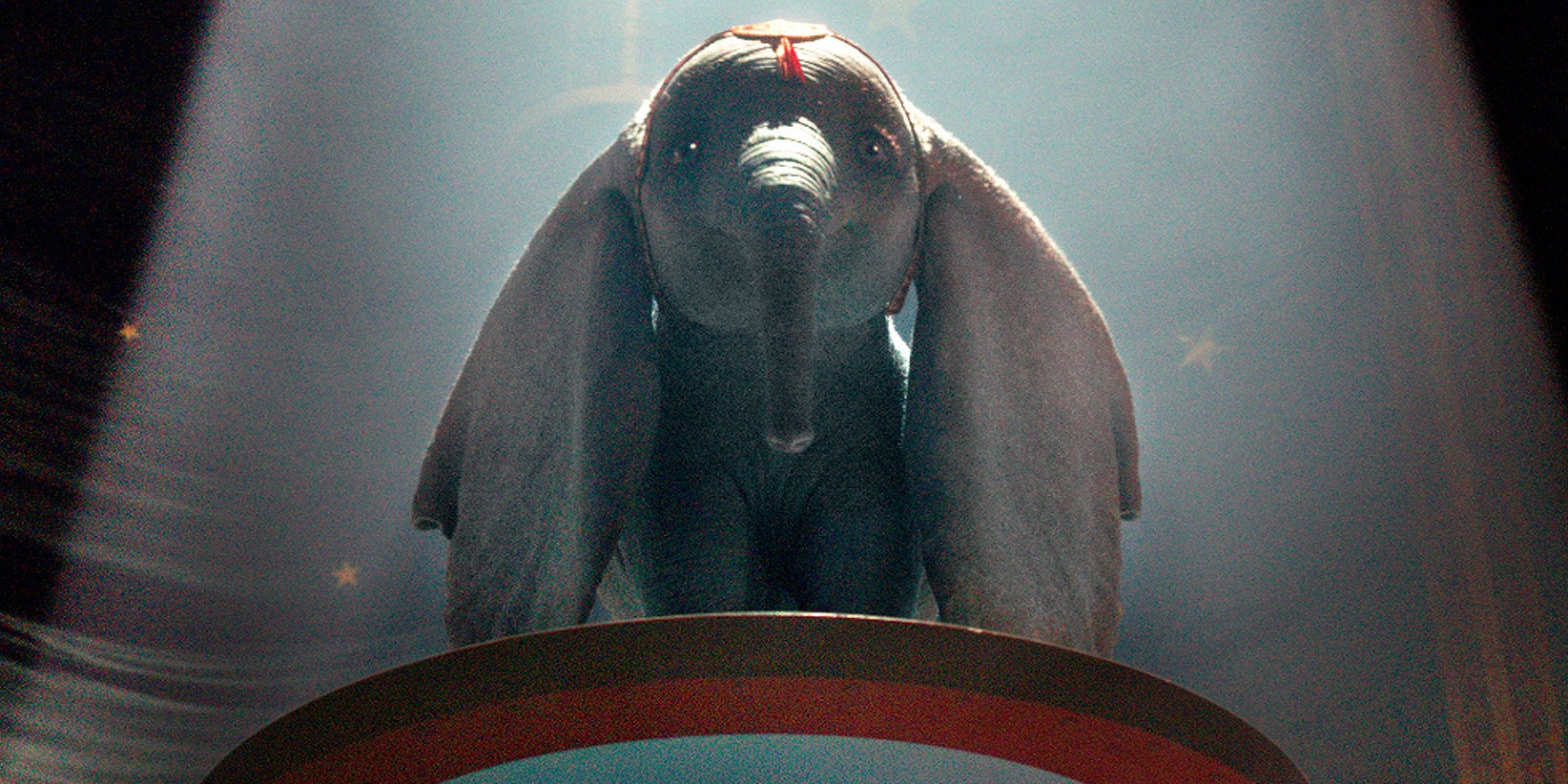 The story of Dumbo, a newborn elephant with a sweet disposition and oversized ears, emerged more than seven decades ago, catching the eye of Walt Disney. The original animated version flew into theaters on Oct. 23, 1941.

“The idea of running away to join the circus is a feeling that has always stuck with me,” says Burton. “I never really liked the circus with the captive animals, the clowns, the uncomfortable death defying acts and—did I mention?—the clowns! But I understood the idea of it, joining a weird family of outcasts who don’t fit in with normal society— people who are treated differently. That’s what ‘Dumbo’ is about.”

“The image of Dumbo is an iconic one throughout the world,” says producer Derek Frey. “People instantly know the baby elephant with the big ears. They may not remember every beat of the story, but they remember the tender moments as well as certain relities of the world that weren’t expected in an animated movie. It’s the kind of story that became a part of your soul as a child.”

Frey, who’s headed Tim Burton Productions since 2001, first considered the idea of turning “Dumbo” into a live action feature nearly five years ago when a script penned by Ehren Kruger landed on his desk. “When I read it, it instantly touched something in me,” he says. “I thought it was something fresh and new, but maintained what we love about the original.”

Kruger’s favorite Disney film has always been “Dumbo,” and he is excited to share its live-action retelling with a new generation of audiences.

“Dumbo resonates with us because we’re all flawed in some way, ” says Kruger. “Yet Dumbo shows us that sometimes those flaws are what make us special.”

While Kruger was determined to maintain the heart of the original film, he knew that in order to make a live-action on feature, he’d have to expand the story.

“I wondered if Dumbo were a real flying elephant in an actual circus in the golden age of circuses, how would he affect the people existing in that world?” says Kruger. “I wanted to explore how the people of the circus world would relate to Dumbo’s journey.”

Adds producer Justin Springer, “We really wanted to explore the human side of his story and give it historical context.”

The story of “Dumbo” dates back to 1939 as a planned novelty item called a Roll-A-Book—a box with little knobs that readers turned to read the story through a window. Authors Helen Aberson and Harold Pearl wrote the story “Dumbo the Flying Elephant.” Whether the Roll-A-Book was ever produced is a mystery—none have been located—but when Walt Disney purchased the rights to the story, he published about 1,430 copies of a book version of the story.

Originally, the story was to be turned into a short film. But the filmmakers, headed by Walt Disney himself, kept expanding thebfilm till they ended up with a 64-minute animated feature film starring a charming little elephant named Dumbo.

In the animated film the story is told through the eyes of Dumbo; the humans in the story were background characters—villains in many ways.

Tim Burton’s all-new live-action re imagining not only expands the plot, its human characters are central to the narritive—serving to interpret the baby elephant’s journey in a way that’s wholly relatable.

“It’s a very sweet story,” says Burton. “The idea of a flying elephant is such a simple story. I think that’s why it’s quite popular and affected people so much, because of how primal and basic it is.”

According to producer Katterli Frauenfelder, the filmmakers were keenly aware of the original film’s station in the hearts of people worldwide.

“You’re coming up in a modern world with children, their parents and their grandparents, who are all very aware of ‘Dumbo.’ Tim’s creating a new version. For Tim, it was a challenge to lay a new foundation—and one that might be as beloved—and elicit an equivalent emotional response from an audience of today.”

Ehren Kruger’s script pays homage to the original film, while taking it in a new direction.

“I thought it offered a way to tell that story in a framework that expanded it, but without redoing the original,” says Burton. “I just liked the take on it. It was simple, with an emotional simplicity, and didn’t interfere with what the basic through line of the original is about.”

Burton takes the beloved classic film from theimaginative and expansive world of animation to a live-action adventure set in 1919 with practical sets, props, special effects and visual effects.

“The original ‘Dumbo’ has a simplicity to it and a storybook, fable quality,” says Burton, who incorporates animated animals into his live-action approach. “You always try to pull in the two in a way that works. A lot of it is the general concept of making animation as alive-action on work.”

Of all the decisions director Tim Burton made during the making of Dumbo, choosing the composer was perhaps the easiest.

Says composer Danny Elfman, “It’s our 17th film together. It’s just one of those chemistry things.”

According to Elfman, Burton has a similar approach to the music in all of hisfilms. “It’s finding the tone,” says Elfman. “Every one of Tim’s films has been unique for me in that way. Whether it’s ‘Big Fish’ or ‘Alice in Wonderland’ or ‘Beetlejuice’—it’s all about finding the tone of the world he’s creating.

“‘Dumbo’ is a very heartfelt story,” says Elfman. “The baby elephant has so much expression coming from his baby elephant eyes. That just makes it really fun to get into and play those emotions. We knew we would have to find a musical identity for Dumbo that was purely Dumbo. Tim wanted me to find a very simple theme because he feels it’s a simple story.”