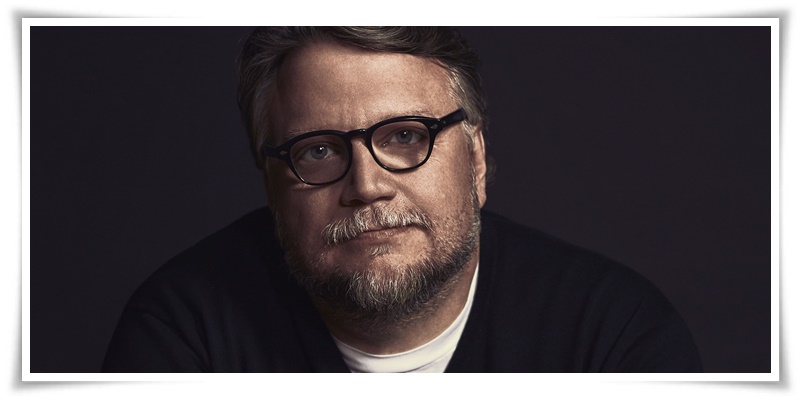 Making movies is never easy, Guillermo del Toro will be the first to tell you. The director behind The Shape Of Water, The Devil’s Backbone and Pan’s Labyrinth, to name a few, has experienced the highs and lows of moviemaking with the best of them, each time pushing further to realise his unique vision. But he wasn’t prepared for a global pandemic that would interrupt the shoot of his new movie, Nightmare Alley.

In March of 2020, Guillermo del Toro had been in an ebullient mood on the set of Nightmare Alley until Covid-19 shut down production. It was one of the first productions around the world to shut down, but it also became one of the first to reopen six months later, pioneering many on-set safety measures that are used by productions to keep the virus at bay.

Q & A with Guillermo del Toro

Ron Perlman plays Bruno in Nightmare Alley. He was the progenitor of this adaptation, some 30 years ago. How did those first steps happen?

Ron and I were talking while we were making Cronos; I was at his house. We had watched Gunga Din and then Elmer Gantry. He said, “You know, there’s a movie called Nightmare Alley, with Tyrone Power, and I would love to remake it.”

I went and got the book, by William Lindsay Gresham. But how could we get the rights? We went to our then-manager, and we found out that not only was the movie a library title for Fox, which made it impossible to buy the rights but that it was a movie that was very jealously guarded for remakes at Fox. Tyrone Power made it with such passion, and Zanuck released it with such indifference. Or, he was more interested in protecting the good-guy image of Tyrone Power, the hero, matinee idol. The movie was seen as a black sheep in his filmography, so there was no interest in remaking it.

So anyway, we just forgot about it. And then Kim Morgan and I were talking about writing something together, and I thought, well, we’re now at 20th Century Fox—as it was then—and we’d just done The Shape Of Water for Fox Searchlight.

What was in the book that wasn’t in the Tyrone Power movie? What was it that told you that you had to go back to the book?

Well, the original, for me, is one of the best performances Tyrone Power ever delivered. What it does or does not do with the book is, for me, immaterial. I’m not even going to try to begin to fathom what it must have been like to work within the Hays Code and the very strong moral cage that movies had to exist within.

But what I wanted to do is go back to the original source to try and recuperate some of the more Freudian, Jungian and sort of surreal elements of the book, and even in some instances, not even be faithful to the book but faithful to the reading and the spirit of the book that I perceived.

How conscious were you of wanting to avoid the clichés of noir in your retelling?

When Kim Morgan and I were talking – and Kim is very much a student of the genre – I said, “The last thing I want to do is a classical noir,” because, in my opinion, the novel came at a time in American letters where you had The Day of the Locust, They Shoot Horses, Don’t They?, Miss Lonelyhearts, and James M Cain in general. They’re really about the underbelly of America. The notion of noir as a genre comes later, and to me, it’s a lot of people doing Venetian blinds and a fan and a fedora. I didn’t want to do any of that. I didn’t want to have a saxophone or a voiceover, any of that stuff.

Noir is a genre that is very affected by horror and by German expressionism.  But it also chronicles a downfall- a tragedy.  It’s inexorable – not by the force of destiny or the will of the Gods but by fallible, human decisions.  The character’s fate is in his hands.

This is a movie about a guy who thinks he’s leading, but he is following. All the women are ahead of him emotionally and intellectually. And in many ways, the movie is told from the point of view of the villain. Stanton is the one with the least moral principles.

That’s a common theme in your work. Who is the real monster? And it’s usually not the literal monsters or the freaks.

Yeah. But following the antihero, in some sense, was a first for me, and that was interesting to do because I did want to understand him. This isn’t a movie about a character I don’t love. I do love Stanton, I even understand him: he is a character propelled by fear… But he makes all the wrong choices.

You had originally wanted to shoot The Shape Of Water in black and white. Given you were steadfastly steering away from the cliché with Nightmare Alley, did you always intend for this movie to be in colour?

I didn’t consider shooting in black and white but wanted to art direct the film and light it as if it was black and white.  On SHAPE I wanted it, but on NIGHTMARE ALLEY I always wanted the colour to be a layer of the storytelling. In fact, some of the colours are coded the usual way, like the carnival is red, and he leaves red behind, but Molly carries it with her. In the city, it’s all blacks and whites and golden colours. Everything is mirrored surfaces. It’s deco, so we make everything in the city shiny, the strips of steel, the polished floors, the glass. The paint is high gloss. We then get a clear contrast with the sawdust and old canvas and wood of the carnival.

But this is a black and white movie that is shot in colour. We wanted to art direct it for black and white, and there is a version of the movie in black and white that is just staggeringly beautiful. We art directed the greens and reds and golds, and those are conducive to the beautiful middle tones. We lit it with cross lighting in the classical sense of studio moviemaking. We used the expressionist shadows of noir, but then there’s a layer of red, like in the shot where Stan says his first words, and there’s that beating tarp of red behind him but he’s in shadow. That shot is astounding in colour, but it’s also astounding in black and white.

When we were shooting the movie, I would watch the dailies on my computer and turn on the greyscale filter to view them. I would go, “Oh my God, this movie is beautiful in colour and in black and white. What should I do?” I think what was good was we opted to do both. We opted to make a movie that could work in both spaces if needed.

You’re assembling a team of collaborators not just in front of the camera but behind it. Of course, there’s Richard Jenkins and Ron Perlman, but behind the camera, you have worked before with cinematographer Dan Laustsen, costume designer Luis Sequeira and production designer Tamara Deverell to name a few. How important are these collaborators to your vision?

It happens first with a group of actors you use as a director; you start repeating what you call your family, your repertoire company. You repeat Ron Perlman, Federico Luppi. You go back to actors for any part, big or small. Richard Jenkins in Nightmare Alley, for instance.

And then with time what happens is that you wind up feeling that way about your closest collaborators. I had a partnership of about two decades with [cinematographer] Guillermo Navarro. I think my partnership with Laustsen is going to last hopefully as long. It’s the same with Tamara Deverell, Luis Sequiera. And you may have to change positions here and there, but it is the family. You’re within family, and you may reunite immediately, or it may be two movies later.

I think what I see in partnerships, like for instance Steven Spielberg with Jansz Kaminski, is a shorthand. The more experienced, the more veteran a storyteller you are, you don’t want to have to go through the first dating stages of the relationship. You don’t want to be faced with, “So, what do you do for a living?” You want it to be a full marriage because those relationships are going to engender some serious decision making. You have to know those decisions aren’t coming from the ego. They’re not coming from exterior judgements or notions. You have to know that your cinematographer is looking for a story and not just beauty, and so on.

You mention having to pull back from letting your imagination carry you away. As you came off the back of the success of The Shape Of Water, you had a level of freedom you’ve never had before. How much self-control does it require not to completely let loose?

Well, I will say it like this: we always move the camera – always – but we move it in a way that is not showy. The idea was to keep the camera low and like it’s a curious child. I’m trying to look over people’s shoulders, through the gaps in their legs, trying to get a good view. But I can’t help putting it always on a crane or a dolly or a Steadicam. There was one shot – and it was cut out of the movie in the end – where we were on the bus and it was a POV shot from Bradley’s character. Bradley said to me, “I dare you, man. Don’t move the camera. Because it’s a POV shot and I’m sitting still.” I go, “Ugh,” and so I said, “Bring in the tripod.” It’s the one element of the kit I never unpack. In the end, we still shot it on a dolly but I kept it still for one take. And then in take two, I moved the camera. I can’t help it [laughs].

But what I think is that the camera always needs to be asking questions. “What is that?” and “What am I looking at?” By moving the camera, I’m generating those questions.

This is a movie that is fundamentally about a guy that is on a quest to find out who he is, so the only option is for the camera to follow him the whole time. Every time Bradley is on a new stage, the camera follows behind him. We experience it with him.