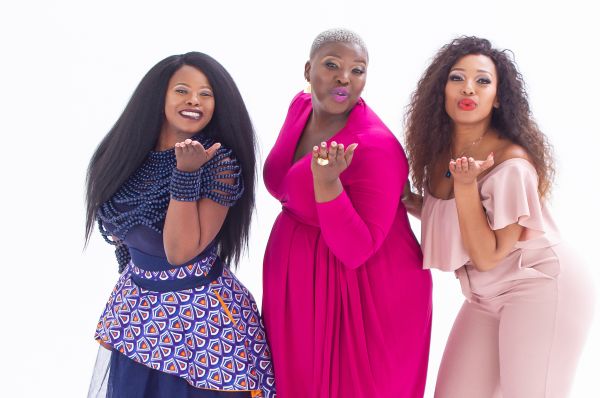 A raunchy new comedy-romance film ‘that turns up the dial on female sexuality and body positivity.

Temperatures are rising, birds are singing and love is in the air. What better way to celebrate the arrival of spring than watching a movie that looks at the perils of dating in the merciless concrete jungle of Jozi.

This entertaining, heart-warming story of acceptance and hope follows one woman on her journey to learning that the path to finding Mr Right begins with finding herself first.

“’Looking for Love’ features a great cast and the film is also lots of fun,” says Helen Kuun, MD of Indigenous Film Distribution. “It explores the complicated life of an urban Zulu woman as well as what she goes thorough when dating. It’s also reflective of socio-economic issues that affect South Africans. A lot of women will relate.”

In the lead is Celeste Ntuli, one of South Africa’s favourite actors and comedians. She takes on the role of ‘38 and single’ Buyi Dube, an often inappropriate, unaccomplished workaholic who is under pressure to find love. Also featuring in the star-studded cast are Trevor Gumbi, Lillian Dube and Phindile Gwala.  ‘Looking for Love’ is an hilarious look at the pitfalls and complexities of the local dating scene for women who are almost 40.

The film is a fictionalised retelling of Buyi’s rise to fame as a popular comedian. It follows her on a series of disastrous dates – including questionable concoctions, a quirky magician with a cat obsession, and a sex addict who can’t get enough of her big butt. Buyi is left disheartened and without hope of ever finding her match.

Meanwhile, Greg (Trevor Gumbi), an old schoolmate from Buyi’s past, who is in love with her, comes to town with the aim of becoming her manager and turning her into a star comedian. But Buyi’s on a mission to find a man, and besides, she’s not funny! Or is she? Well known funnyman Gumbi is a treat in the role of Greg. Gumbi has appeared at several major comedy events in the country, including performing at Oppikoppi, Rocking the Daisies, King-size comedy jams, Blacks Only, Laugh out Loud and Arts Alive Comedy Festival.

“’Looking for Love’ is the perfect vehicle for Celeste,” says producer Paulo Areal.  “Female audiences in particular will easily be able to relate to her character and the not so far-fetched situations that she encounters on her quest for love. Buyi is at once vulnerable yet able to break many of the boundaries of what is considered ‘ladylike’ behaviour. Celeste carries the film without missing a beat, and the result is a tale as rambunctious and energetic as she herself is.”

Fans of actress Phindile Gwala, who is famous for her role in the soapie ‘Muvhango’, will see her in a different role, that of Lindi, Buyi’s BFF and a serial blessee living a lavish lifestyle. Lindi thinks about men all the time, even going to church to look for potential blessers.

In the role of Buyi’s no-nonsense mother Mrs Dube, is veteran, multi-award-winning actress Lillian Dube, most fondly known for her role as Sister Bettina in the SABC1 drama series Soul City – a role she played for 15 years.

The film is distributed in South Africa by Indigenous Film Distribution (IFD).