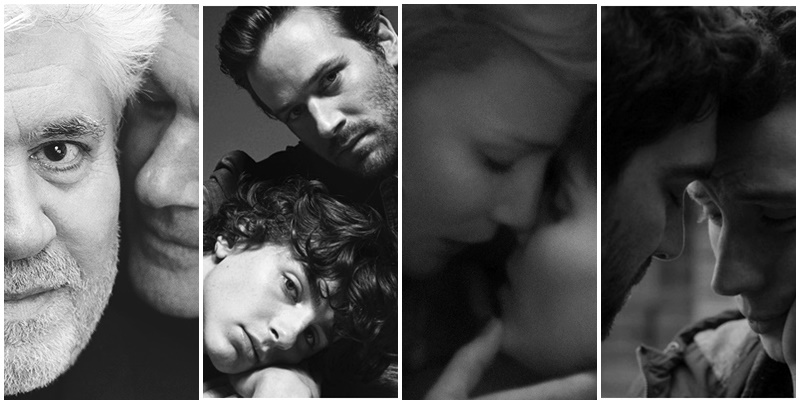 Back to The Art Of Screenwriting And Filmmaking

ADAM is based on the much talked-about novel by Ariel Schrag, Adam follows a lanky cisgender teen (Nicholas Alexander) who earns unexpected clout when queer New York scenesters mistake him for a transgender man. In the early aughts underground, hot queer girls and clubs are suddenly at his fingertips — so long as he stays in the closet about being cis. With an insightful trans director and a bounty of gender nonconforming talent at its helm, this controversial coming-of-age story stands to offer a brazen but loving look at the topsy-turvy world of queer ecosystems and masculinity’s enduring social status.

AKRON A 2015 independent, LGBT themed romantic drama film directed by Brian O’Donnell and Sasha King. The film stars Matthew Frias, (who previously starred in the sports film When the Game Stands Tall), as Benny, and Edmund Donovan as Christopher. The film portrays Benny and Christopher meeting during a football game at the University of Akron, where they fall in love. Their budding relationship is threatened by the knowledge that their respective families first met years before, during a tragic accident.

BOY ERASED tells the story of Jared (Hedges), the son of a Baptist pastor in a small American town, who is outed to his parents (Kidman and Crowe) at age 19. Jared is faced with an ultimatum: attend a conversion therapy program – or be permanently exiled and shunned by his family, friends, and faith. Boy Erased is the true story of one young man’s struggle to find himself while being forced to question every aspect of his identity. Joel Edgerton’s poignant, similarly themed “Boy Erased,” adapted by Edgerton from Garrard Conley’s memoir with the same name

CALL ME BY YOUR NAME Italian filmmaker Luca Guadagnino’s emotionally driven Call Me By Your Name is a film intended to sweep over an audience like sunshine. It vividly evokes the feeling of an Italian summer, filled with bike rides, midnight swims, music and art, luscious meals under the sun, and the heady awakening of a 17-year old’s first passion. Based on the acclaimed first novel by André Aciman,  the screenplay was crafted by James Ivory,  a celebrated American writer/director who made 24 feature films over his 44-year partnership with the late Ismail Merchant, through their famed Merchant Ivory Productions that gave us a trio of English films, A Room With A View, Howard’s End, and The Remains of the Day.

CAN YOU EVER FORGIVE ME? Melissa McCarthy stars as Lesbian Lee Israel, the best-selling celebrity biographer (and cat lover) who made her living in the 1970’s and 80’s profiling the likes of Katherine Hepburn, Tallulah Bankhead, Estee Lauder and journalist Dorothy Kilgallen.  When Lee found herself unable to get published because she had fallen out of step with the marketplace, she turned her art form to deception, abetted by her loyal gay buddy Jack (Richard E. Grant).

CAROL Love is larger than life in Todd Haynes’ masterful poetic ode to passion, a sumptuous adaptation of Patricia Highsmith’s seminal novel The Price of Salt, following two women from very different backgrounds who find themselves in an unexpected love affair in 1950s New York. As conventional norms of the time challenge their undeniable attraction, an honest story emerges to reveal the resilience of the heart in the face of change. Carol poignantly reveals how dangerous it can be to love for real and break the moral code.

CENTER OF MY WORLD (German: Die Mitte der Welt) is a 2016 German coming-of-age romantic drama film directed by Jakob M. Erwa, based on the 1998 bestselling novel The Center of the World by Andreas Steinhöfel.The 17-year-old Phil comes back from a summer camp and returns to the old mansion ‘Visible’ where he lives with his mother and his twin sister. When school begins, the mysterious Nicholas enters the class. Phil feels drawn to him and they soon engage in a passionate love affair, even though it turns Phil’s feelings upside down. Finding his center of the world becomes Phil’s biggest challenge.

DREAM BOY is a 2008 gay-themed Southern Gothic drama film written and directed by James Bolton and based on Jim Grimsley’s 1995 novel of the same name about two gay teenagers who fall in love in the rural South during the late 1970s.

DROWN This is the second film from independent Australian director Dean Francis, an adaptation of Stephen Davis’ acclaimed play and examines how a drunken night out on the town for three Bondi Beach lifesavers culminates in excessive bullying and homophobia. Francis was drawn to the unique possibilities of translating such hard hitting subjects to the screen.

THE FAVOURITE Plucked from real history and set against the outrageously aristocratic tableau of 18th Century royals, it and marks the first period film of acclaimed Greek director Yorgos Lanthimos (Dogtooth, The Lobster, The  Killing Of A Sacred Deer). From the veiled world of Queen Anne (Olivia Colman) – the last (and historically most ignored Lesbian) of the Stuart line of Britain’s rulers— who though infamously gouty, shy and disregarded, nevertheless reigned as Great Britain became a global power. It is through Anne’s intricate relations with two other women of cunning and aspiration—her lifelong intimate friend and political advisor Lady Sarah (Rachel Weisz), and Sarah’s penniless cousin turned social-climbing chambermaid Abigail (Emma Stone) – that the film dives into a whirlpool of manipulations and emotions that define the phrase “palace intrigue.”

FIVE DANCES The coming of age tale of an extraordinarily gifted young dancer recently arrived in New York City, Five Dances is a visually sensual glimpse of life and first love in the downtown contemporary dance world. Shooting mostly in and around a Soho dance studio, with original dance by the internationally renowned choreographer Jonah Bokaer, writer/director Alan Brown (Private Romeo, Superheroes, Book of Love) and his cast of five of New York’s most talented dancers capture the emotional turbulence and creative excitement of a small dance company during the process of creation. Introducing Ryan Steele (Newsies, West Side Story) in an exciting film debut.

GOD’S OWN COUNTRY First time filmmaker Francis Lee wrote and directed the soaring queer love story, which revolves around the budding romance between Yorkshire sheep farmer Johnny (Josh O’Connor) and Romanian migrant worker Gheorghe (Alex Secareanu), because the story was burning inside of him and he needed to get it onto the page and onto the screen, regardless of who saw it. “I was interested in telling a story about two men, about masculinity, I guess, or the way in which men communicate physically and emotionally..”

THE GOSPEL OF EUREKA Michael Palmieri and Donal Mosher ‘s documentary is narrated by Tony-nominated performer Justin Vivian Bond, and  explores Eureka Springs, Arkansas: a little city where both the holy rollers and queer locals have a flair for the dramatic. Each year in Eureka, Christian residents produce The Great Passion Play, an elaborate, long-running reenactment of the crucifixion and resurrection of Jesus Christ. Miles away in the town’s gay bar — affectionately known as “Hillbilly Studio 54” — gay men regularly become ordained for the hell of it and drag queens offer up their own Jesus-themed routines. As tensions mount between the two camps over a local bathroom bill, Palmieri and Mosher take close looks at the eccentric personalities on both sides of the measure.

IN THE GRAYSCALE (Spanish: En la Gama de los Grises) The Chilean drama film, released in 2015, marks the directorial debut of Claudio Marcone. The film stars Francisco Celhay as Bruno, an architect separated from his wife Soledad (Daniela Ramirez), who begins to explore his unresolved bisexuality when a new project to design a public monument in Santiago brings him into contact with Fer (Emilio Edwards), an out gay travel guide to whom he feels a strong attraction. The film won the Ibero-American Opera Prima Award at the Miami International Film Festival, and it was named Best First Feature at the Frameline Film Festival

LOVE , SIMON The life of a teenage gay boy is turned in side out as he is forced to reveal his identity and embrace his sexuality in the endearing film, based on Becky Albertalli’s young adult novel Simon vs The Homo Sapien’s Agenda. Everyone deserves a great love story. But for sixteen-year-old and not openly gay Simon Spier it’s a little more complicated: he’s yet to tell his family or friends he’s gay and he doesn’t actually know the identity of the anonymous classmate he’s fallen for online. Resolving both issues proves hilarious, terrifying and life-changing.

MAPPLETHORPE A 2018 American biographical drama film written and directed by Ondi Timoner. Details the life of photographer Robert Mapplethorpe through his career up until his death in 1989.

THE MISEDUCATION OF CAMERON POST Desiree Akhavan’s powerful period drama The Miseducation of Cameron Post is about a young woman who survives a Christian “ex-gay” conversion therapy camp she is forced to attend, after getting caught making out with a female classmate on prom night. Adapted from Emily Danforth’s YA novel, the title character of Akhavan’s film (played by Chloë Grace Moretz) has a strong conviction of self: we can detect only a faint amount of uncertainty seeping into her conscience while she grows into her sexual identity and wrestles with the traumatizing rituals of the Evangelical camp she bides her time to get out of.

SEX OF ANGELS (Spanish: El Sexo de los Ángeles) is a Spanish film by Xavier Villaverde. Carla (Astrid Bergès-Frisbey) loves Bruno (Llorenç González). Forever and ever, even if her parents disapprove. And Bruno loves Carla. But love can be a complicated thing. When Bruno meets martial arts instructor Rai (Álvaro Cervantes), he finds himself experiencing feelings he had not thought possible. He still loves Carla. What is to be done?

SILENT YOUTH Two Berlin teens form a spontaneous friendship that leads to deep soul searching for both in the remarkable 2012 German gay drama film written and directed by Diemo Kemmesies. Describes itself as a film for misfits, dreamers and lovers, it’s a classic, arthouse piece of queer cinema which steers clear of the tropes of more mainstream films.

DIE STROPERS (The Harvesters) In the isolated conservative farming territory of an Afrikaans white ethnic minority culture obsessed with strength and masculinity, Janno (Brent Vermeulen) is different, secretive, emotionally frail. One day his mother, fiercely religious, brings home Pieter (Alex van Dyk) , a hardened street orphan she wants to save, and asks Janno to make this stranger into his brother. The two boys start a fight for power, heritage and parental love. Written and directed by Etienne Kallos, a Greek-South African Director.

TOM AT THE FARM After the sudden death of his lover, Guillaume, Tom (Xavier Dolan – Mommy, Heartbeats, I Killed My Mother), travels from his home in the city to a remote country farm for the funeral in Tom At The Farm. Upon arriving, he’s shocked to find that Guillaume’s family knows nothing about him and was expecting a woman in his place. Torn between his own grief and that of the family, Tom keeps his identity a secret but soon finds himself increasingly drawn into a twisted, sexually-charged game by Guillaume’s aggressive brother (Pierre-Yves Cardinal), who suspects the truth. Stockholm syndrome, deception, grief, and savagery pervade this psychological thriller from filmmaker Xavier Dolan.

WILD NIGHTS WITH EMILY Often, biopics take themselves too seriously, neatly packaging a celebrated person’s chaotic life into three sanitary acts. Director Madeleine Olnek isn’t having it. Her third feature, Wild Nights With Emily, is a comedic take on the life and times of celebrated American poet and notable lesbian shut-in Emily Dickinson (Molly Shannon). Centering on Dickinson’s ‘special friendship’ with her sister-in-law, Susan Gilbert (Susan Ziegler), Wild Nights pokes fun at Dickinson’s desire for female companionship while also emphasizing society’s failure to take the poet seriously as a writer during her own lifetime.