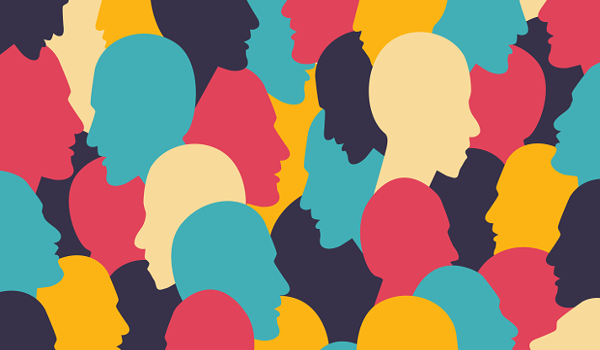 All memorable and successful stories have one thing in common. They all have memorable characters that have become part of our culture.

In film, or in any fiction/non-fiction, the best stories are told within the context of human relationships; it is not so much what happens on the screen that affects us, but what happens to whom.

Great stories are about characters we care about.

Timeless stories are about characters making choices and forming commitments to each other in difficult circumstances and what these characters are willing to do to keep their commitments; it is through commitments a character makes and struggles to keep we find out who the character really is.

Before you put a word to paper, you must know who the people are who live in your story, it is through them that audiences and readers experience emotions and are touched deeply.

Generations of noted writers, from Aristotle to Ibsen, Eugene O’Neil to Arthur Miller, have struggled desperately to articulate the art of creating good characters.

The problems of creating real people in real situations are so varied and challenging that trying to define them is like trying to capture infinity in a glass.

Identifying the most important characters in your story

The Protagonist is the primary character in your story or the leading character in drama. It is a term first used by classical Greek tragedians to describe the first actor, the one who dominates most of the action.

It is the character that undergoes the greatest change in the story, the person or being around whom the primary goals of the plot are formed, and who must carry the goal of the plot.

There can be more than one protagonist if all individuals share the same desire/goal and, in the struggle to achieve this desire, suffer or benefit mutually. Motivation, action, and consequence are communal.

If a story has more than one protagonist (Multi-Protagonist), each with a separate goal, where the characters pursue separate and individual desires, suffering and benefiting independently, then it is imperative to find a creative way to link their goals into one.

Developing a relatable, dynamic, and multi-dimensional protagonist and creating an emotionally compelling protagonist makes the story infinitely more engaging for the audience and readers.

The antagonist is the character that acts against and causes the greatest change in the protagonist and embodies the sum total of all forces that oppose the protagonist’s will and desire.

The best stories draw their strength from the antagonist because the audience is excited when a protagonist faces an extraordinary challenge from a fascinating and complex opponent.

It is sometimes, but not always the villain. Villains are defined as “evil” characters intent on harming others.

The Antagonist is the hero’s opponent, the one who acts against the protagonist and should have compelling motivators, things like jealousy, power, money and revenge, as well as your basic psychos.

The stronger the antagonist, the stronger your protagonist will look.

The writer can also make use of Antagonistic Forces; a force that works against your characters and forces them to make choices and act: it could be alcoholism, homophobia, racism, drug addiction, drug trafficking, or Mother Nature.

Supporting characters have significant interaction with the protagonist, and contribute to the major events of a film, but aren’t the primary focus of the story’s narrative.

To a greater or lesser degree, most of the characters in a story will be involved in one or all three of the primary aspects of the plot: conflict, action, and goal.

Supporting characters serve the protagonist in attaining the goal, creating an orbit around the protagonist, either aiding or resistance to the attainment of his or her goal.

Although the supporting characters assist the protagonist in achieving the goal in a positive way by teaching, caring, loving, mentoring, etc, the story always gets the biggest boost from characters who stand in the protagonist’s way.

A Function Character is a character who performs a single function in the story without being involved in the motivational pattern of the major characters.

The mentor is the one with the special knowledge, insights and skills and becomes the herald of destiny. It could be the archetypal wise old man or teacher: Think of the classic example of the mentor figure as found in Ben Kenobi in Star Wars – who guides Luke Skywalker through the story, or Morpheus in The Matrix, who is Neo’s teacher. It could be a young and dashing romantic figure. In Titanic the guide takes on the shape of the dashing romantic figure of Jack, who leads Rose through the story.

The mentor triggers the protagonist’s inner awakening and sets him or her on the path of transfiguration.

Making the most of the people who live in your story

If you want to fully explore the characters in your story, our The Write Journey course will give you all the tools you need to fully develop your characters as well as take a closer look at 22 Elements that will create 3-dimensional characters audiences /readers (and the writer) can fall hopelessly in love with, despise and hate, envy and admire; some effective ways to create Visual Dynamics / Visual narrative by delving into the inner life of your characters and setting the world they live in; and how to craft dialogue that will allow your characters to express themselves verbally.

Take a look at how The Write Journey course can help you to make the most of the people who populate your story.