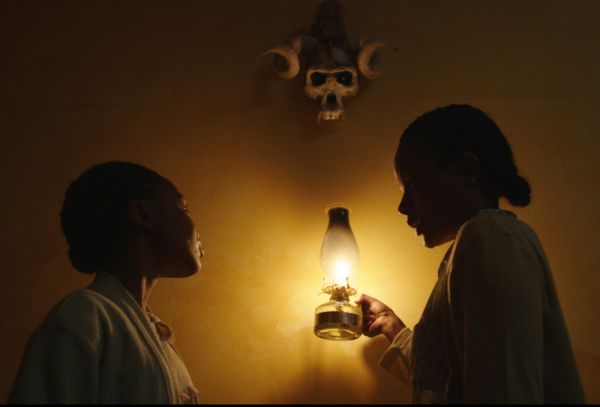 ‘The Tokoloshe’ is a psychological thriller in the tradition of ‘Repulsion’, ‘The Shining’ and ‘Pan’s Labyrinth’.

The supernatural thriller The Tokoloshe, directed by Jerome Pikwane was screened at the first-ever Comic Con Africa, at the Kyalami Convention Centre in September.

A young woman, crippled by suppressed emotions, must find the courage to face an insatiable demon wrought in her own childhood when she tries to save the life of a girl child abandoned in a rundown Johannesburg hospital.
Busi (Petronella Tshuma),, a destitute young woman crippled by dangerously suppressed emotions, lands a job as a cleaner at a rundown hospital in the heart of Johannesburg.

Desperate to gain some control over her life and come to terms with the circumstances that led to her sister’s suicide, she tries to make do under the predatory and corrupt hospital foreman.

It’s while Busi is cleaning in the darkest recesses of the hospital that she discovers all is not as it seems with the place – AIDS orphans creep around with an imaginary friend; the nurses have raised the children’s beds onto bricks to protect them from a Tokoloshe, and Busi can’t be sure if the bumps she hears at night are just from a creaking old hospital or if the place is haunted.

“The film has generated a great deal of interest at various fantasy and horror festivals globally,” says  director Pikwane, who has just returned from its European premiere at Frightfest in London, the UK’s largest international horror film festival.

“Audiences have responded positively both in the UK and at the world premiere of ‘The Tokoloshe’ in South Korea. The language of film is universal,” he adds. “People are not only entertained, but they also think the story is very relevant. The film deals with a young woman who fights back against an evil that has pursued her all her life. The Tokoloshe is, after all, a diminutive, mythological spirit evoked for the purposes of evil and most commonly associated with sexual plunder.”

Producer Dumi Gumbi believes that the strategy of taking the film to festivals is paying off:  “Film reviewers in the UK have given ‘The Tokoloshe’ a ‘4 out of 5’ rating, which means a lot to us, coming from horror experts. We are hoping hope that South Africans will love seeing how this film deals with a scary South African mythology.”

‘The Tokoloshe’ will be travelling to film festivals in Portugal, Sweden, Spain and Belgium before it releases on 2 November at cinemas in South Africa.– just in time for Halloween. Earlier this year it opened the Durban International Film festival.

. ‘The Tokoloshe’, which has already seen several international sales,  was funded by the National Film and Video Foundation (NFVF) and M-Net Movies, and will be released by Indigenous Film Distribution.

“We are excited to be releasing a genre film like ‘The Tokoloshe’,” says Helen Kuun, MD of Indigenous Film Distribution. “People love scary films. Sensation-seekers especially find pleasure in the feelings of relief that follow after intense fear.”

“We are also really excited to be releasing the fifth film produced by Dumi Gumbi and Cati Weinek,” Kuun adds. “Our ongoing partnership has proved to be really successful and we are proud of the great local content that is being distributed to audiences all over the world.”