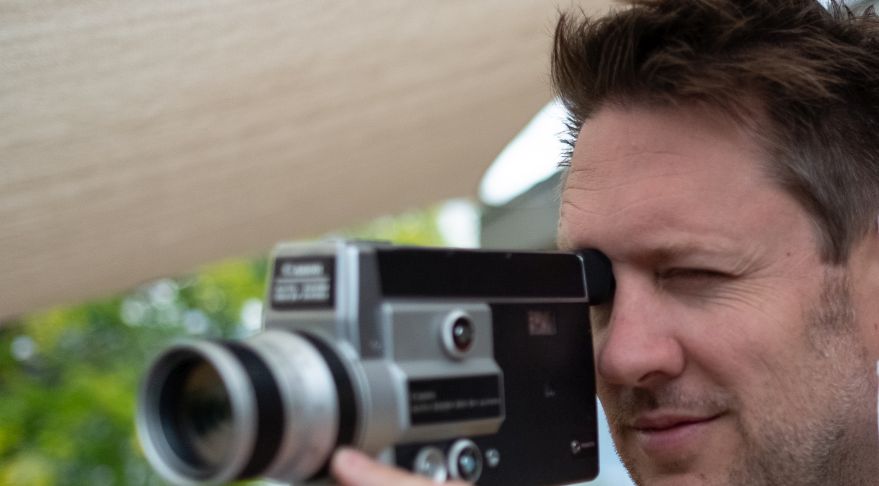 Following his success with District 9, Elysium and Chappie, writer-director Neill Blomkamp has been developing experimental films for his independent company Oats Studios in Canada and now delivers the horror-thriller Demonic.

An old-school possession meets modern technology, Demonic is South African writer-director Neil Blomkamp’s first foray into the horror genre where a young woman unleashes terrifying demons when supernatural forces are at the root of her childhood trauma.

Offering an innovative mix of supernatural horror and science fiction, the idea for Demonic was influenced by a combination of things, says Blomkamp: “When the pandemic occurred and my other projects were put on hold, I wanted to do something we could control and just go out and shoot, so I decided to do something in the horror realm. I also had this idea of using a new technology called volumetric capture, which lends itself more to science fiction. So, it became a case of how to create a story with those elements.”

Neil Blomkamp moved to Canada from his native South African at the age of 18, beginning his career as a visual effects artist in film and television.

Q & A with writer-director Neil Blomkamp

Demonic is an innovative mix of supernatural horror and science fiction. What was the inspiration for that?

It was really a combination of things. When the pandemic occurred and my other projects were put on hold, I wanted to do something we could control and just go out and shoot. References for that were films like The Blair Witch Project and Paranormal Activity, so I decided to do something in the horror realm. I also had this idea of using a new technology called volumetric capture, which lent itself more to science fiction. So it became a case of how do you create a story with those elements.

Some of your best-known films, including District 9, Elysium and Chappie, have had a science-fiction component. What is it that draws you to that genre?

I’m not trying to make something overtly science fiction, I’m just following ideas that interest me. The concept of the brain as a computational device for external senses, and the idea that those inputs can come from your body but could also be connected to other sources, was something I found fascinating.

On the horror side, did you do research into traditions regarding demons or did you invent the film’s mythology?

It’s a combination of both. I did read a lot about the beliefs in different cultures having to do with demons, which was pretty fascinating. But the one in our film is synthetic.

Carly Pope, who plays Carly, is in virtually every scene and it’s through her eyes that we experience the film’s varied realms: simulations, nightmares, hallucinations and supernatural events. How did you cast her and what qualities did she bring to the role?

I think Carly Pope is really likeable, and if you have an actor who’s likeable, the audience will go on a journey with her. Plus I had cast her in a bunch of projects for my company, Oats Studios, and she also had a small role in Elysium and I’ve always enjoyed working with her. When I was writing the script I pictured someone similar to Carly and I could see her executing it well. She turned out to be awesome.

The simulation scenes are stunning and also quite unnerving. Can you explain how they were created?

We used an extremely new technology called volumetric capture, which I don’t believe has been used in a film to this extent before. It’s basically a three-dimensional video, where you’re turning your actors into geometry. You need about 260 cameras arranged in some sort of grid or dome that can see the actors from all points of view.

The amount of volumetric capture showcased during a dream sequence is about 15-20 minutes and is the most ever seen in a feature film. Unity, a volumetric video capture technology, provided Neil Blomkamp and the team access to Project Inplay (code name), a patent-pending technology that solves the challenges that come along with Volumetric playback, rendering and streaming. Project Inplay allows efficient playback and rendering of large volumetric data (point clouds) in real-time, making it possible to craft experiences that are unmatched by traditional motion capture or 3d modelling. Unique to Unity, Project InPlay (code name) makes it possible to dynamically relight volumetric capture. In general, volumetric data is captured with flat and limited lighting, but this innovative tech creates the ability to add dynamic lighting or shadows and support real-time raytracing for point cloud and volumetric data. Volumetric capture can be challenging due to the sheer size of the datasets it creates. Unity created an end to end pipeline that allows rendering enormous volumetric datasets across devices easier and faster without worrying about the captured format. Project Inplay also allows rendering real-time volumetric data and the Demonic volumetric sequence in VR.

So the actors are in a controlled environment with all these cameras, and then the background is added in later?

Yes, it’s all these independent elements. On our stage where we had our 260-camera volumetric setup, the only thing we were gathering was the actors. They were in a very difficult nonconducive-to-acting environment where there was scaffolding and cameras everywhere they looked. And the only elements we got out of those sessions were the actors in that volume. Then separately we photographed the environments they would be put into, which are turned into 3D
objects. And then you drop your actor captures into those 3D environments. Once they’re combined, you can set up the shot exactly as you want to see it in the movie and film that with your virtual digital camera.

Probably one of the scariest scenes in the film is when Sam (Kandyse McClure) drops by Carly’s house in the middle of the night and says she’s going to show Carly a trick she can do. How was that sequence achieved? Was it CGI?

What’s interesting about the scene with Sam is that there were absolutely no visual effects whatsoever. It’s all down to one amazing performer. His name is Troy James and he’s just highly flexible. So that whole sequence was just him doing what he does, and we just filmed it normally, and it was amazing.

What kind of conversations did you have with your DP, Byron Kopman, about the look of the film?

I hate how in a lot of horror films the dark environments feel overly lit and synthetic. So the main discussion with Byron was about how much light we could not have in there, in order for it to feel real. For instance, we have scenes that are illuminated only by car headlights or flashlights the actors are holding — none of this giant moonlight with smoke going through the air. The idea was that it would be more believable and hopefully create more of a sense of fear in the audience.

Where and when was Demonic filmed?

We shot the film in the early summer of 2020 in British Columbia in an area called the Okanagan. We did volumetric capture in July and it took another eight months to put the simulation scenes together.

Composer Ola Strandh is probably best known for his acclaimed music for the video game Tom Clancy’s The Division. Why did you select him to write the score for Demonic?

Music is a huge wealth of inspiration for me; I’m listening to music pretty much all the time. So whenever I come across new artists I really like, I make a note of them. I had heard Ola’s videogame scores and thought they were really amazing. They didn’t automatically make me think of a horror film, I just liked what he was doing with a lot of the electronic sounds. So I contacted him to see if he was interested. It ended up being an awesome collaboration. I love
the score and think he did a fantastic job.