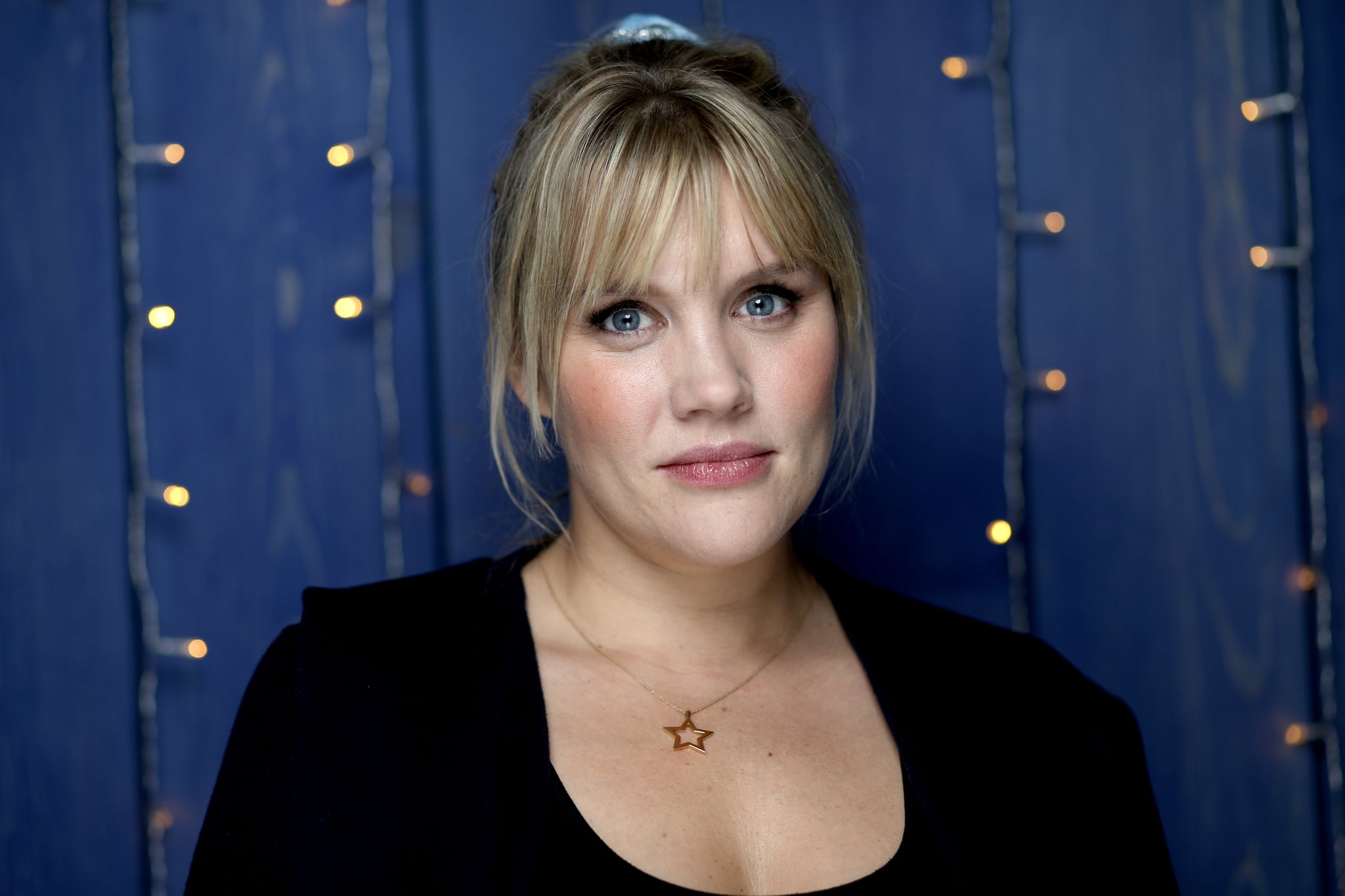 When it comes to writing a script, not every method is the same. Some choose isolation in order to get the script done, while others throw themselves into research to make their work authentic. For writer and director Emerald Fennell, who makes her feature directorial debut with the arresting, blackly comedic quasi-thriller Promising Young Woman, her method includes music and years’ worth of work.

“I basically approach all writing the same way,” says Fennell, “I just write it all in my head completely for years, and then I just transcribe it at the end once it’s done. So, I’m basically staring at a wall for years, listening to music.”

Promising Young Woman sees Carey Mulligan as Cassie Thomas, the titular promising young woman, who deals with trauma from her past while leading a double life.

35-year-old Fennell is an Oxford grad, and perhaps the premier horror writer of her generation. Her habit of giving violence a candy coating and an arched eyebrow was integral to the success of ‘Killing Eve’, whic landed her two Emmy nominations as a writer and producer for the series about a glamorous assassin—and is the driving force behind Promising Young Woman.

Fennell wrote and directed the project on her own, and as an actor herself – she plays the woman we love to hate on Netflix’s The Crown, Camilla Shand – she wanted to make sure the set was run the same way she would’ve liked if the roles were reversed. “I’ve always felt most comfortable when it’s fun and [there’s] a company of people,” she divulged. “I felt very strongly that everyone, particularly actors, do their best work when they feel supported.”

In the film, Mulligan’s Cassie leads a double life in order to right the wrongs caused by the death of her best friend, and there’s a reason there’s a disconnect between her and the audience.

“The thing about Cassie is that she’s completely traumatized, and [she’s] traumatized people who are in cycles of addiction or self-harm, which is very much how I see her,” Fennell explained. “No matter how much we admire them, how much we like them, how much we think they are funny, we might not like them all the time, and I think that’s really important because we’ve all had times in our lives where we were profoundly unlikable, and I still think it’s a rare thing to see in male and female protagonists.”

But the real impact of Promising is in how it subverts the hackneyed notion of the femme fatale, as well as audiences’ expectations of an actor like Mulligan. “When somebody we love does something bad, suddenly it’s complex,” Fennell says. “And that’s the feeling I wanted everyone to have watching this.”

“It’s a sort of warped homage to the well-known Margaret Atwood quote, “Men are afraid women will laugh at them. Women are afraid men will kill them,” which was exactly Fennell’s intent. “I wanted to make something that felt like a subversion of the revenge movie genre,” says Fennell

“I just wanted to take all those traits and use them in a fun way; if people are used to particular beats, then sort of twisting those expectations. I wanted to make something that looked almost like an allegory.”

“I think I was thinking a lot about growing up and growing up at a time in the noughties where raunch culture and the kind of comedies that I watched, like picking up drunk women, getting girls drunk at parties, girls waking up not knowing who they were next to was just a gag. These were punchlines, and it was so, so, socially accepted that this stuff was fine, even though I think most of us had a pretty good idea that it wasn’t fine. So, I was just interested in what do you do when culturally something that has been completely normal is so traumatizing for so many people? How do you go from there? How do you start to kind of move on from that stuff? And I love revenge movies, I love revenge thrillers, and I just felt like I hadn’t seen a revenge movie with a woman at center behaving in a way that a real woman might. So, all of that was going around my head. And then that scene of a girl, drunk on a bed, drunkenly saying, “What are you doing?” as one takes their clothes off and then sitting up and sober saying, “What are you doing?” that was the kind of the first moment where I knew who Cassie was and where it was going. That scene kind of cracked it open, I think.”

While Fennell may have been nervous about making her directorial debut with Promising Young Woman, she knew she could count on friends Jessica Knappett and Phoebe Waller-Bridge for advice. “I was so lucky to have such a support network of amazing women,” she revealed. “I think there’s still this idea that people have to be competitive, particularly women. However, I think that I’ve been able to do all of these things because I was given so much confidence by these other women who’d done things before me and who were just wonderful sounding boards.”

Besides her support network, she’s also grateful for the changes Hollywood has been making 1n 2020. “This year has proved that people want diverse stories from diverse storytellers,” she added. “It’s wonderful that then producers, networks, and studios realize that actually that’s what people want. It’s not just something they need to do to tick off a box, but rather we’re all looking to see stuff we’ve not seen before and hear voices we’ve not heard.”

When you’ve made something with people you admire so much and you’ve worked so hard on something, you’re always going to feel a little bit protective of it,” Fennell says. “You’d have to be very confident not to be nervous about something you’ve made coming out—you want people to like it.”

Fennell has written numerous books including Shiverton Hall, The Creeper, and Monsters, along with episodes for shows like Killing Eve, but she is perhaps best known for her roles as Nurse Patsy Mount on Call the Midwife and Camilla on The Crown.

It’s her experience in both these realms that have helped inform her decisions when it comes to writing and directing. “You’re looking to find something that feels very real to you,” Fennell said. “In a way, what was more helpful was writing books. Particularly, the most recent one [Monsters], which was from a first-person narrative. I think that was really helpful for Promising Young Woman.”

Although she’s not living in the U.S. full-time (pandemic-related lockdowns, a newborn, and creating a new West End–bound Cinderella with Andrew Lloyd Webber are keeping her in London), she’s making her presence known.

Fennell has also had the opportunity to collaborate with Andrew Lloyd Webber and David Zippel on the musical Cinderella, which is a reimagining of the classic tale set to premiere on the West End in 2021.

“Something like Cinderella is amazing because there are the three of us, and we all rely on each other,” she shared. “It’s so different to anything that I’ve done before because the music informs the story, which informs the lyrics. And actually, it’s kept me completely sane during this year because we’ve pretty much had to use Zoom.” Fennell readily admitted that working with others on a story was a new thing for her. “I’m usually pretty solitary,” she explained. “And I’ll just go and live in the parallel universe of the story until I think like, ‘OK, there’s nowhere else in this story that I haven’t tried.'”

This idea of living in a parallel universe for the sake of writing started when Fennell was younger and is part of the reason she counts soundtracks as an important factor in her writing process. “I would buy those movie soundtracks and then I would write my own version of film,” she says.

“That’s another thing that I think people don’t talk about that much,” she continued. “So many people and writers I know have their life, then they have a few imaginary lives. They live in an imaginary house with an imaginary boyfriend or girlfriend with an imaginary pet, and it’s set in Victorian England or they live in apartment in Paris. I’ve always felt that my real life just runs parallel to the imaginary ones, and they feed into each other.”

With Promising Young Woman Fennell “really wanted to write something that felt very real. Some people watch this movie and they really don’t like Cassie and they think what she’s doing is crazy. Obviously, I personally love her and think that she’s heroic, but there are lots of things that she does that are profoundly not nice, which is often the case with people that are traumatized and self-harming and all this kind of stuff. So I think that the hope for this movie for me was that every single person in this film thinks they’re a good person, believes they’re trying their best to be a good person, and is failing. That’s the thing that’s very interesting to me about all of this. And it’s the same for Ryan. He thinks he’s a good person. Don’t we all think we’re good people until we’re presented with proof to the contrary?”