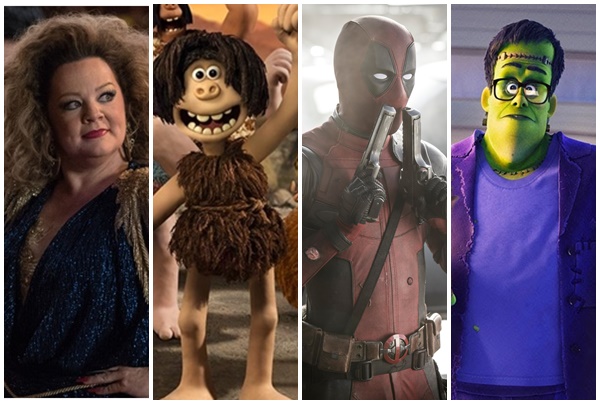 Back to: The Art Of Screenwriting And Filmmaking
Comedy is a genre of film that uses humor as a driving force.
In a modern sense, comedy (from the Greek: κωμῳδία, kōmōidía) refers to any discourse or work generally intended to be humorous or amusing by inducing laughter, especially in theatre, television, film, stand-up comedy, or any other medium of entertainment.
The origins of the term are found in Ancient Greece. In the Athenian democracy, the public opinion of voters was influenced by the political satire performed by the comic poets at the theaters.
Comedy is a genre of film in which the main emphasis is on humor. These films are designed to make the audience laugh through amusement and most often work by exaggerating characteristics for humorous effect.
Films in this style traditionally have a happy ending (black comedy being an exception).
One of the oldest genres in film, some of the very first silent movies were comedies, as slapstick comedy often relies on visual depictions, without requiring sound. When sound films became more prevalent during the 1920s, comedy films took another swing, as laughter could result from burlesque situations but also dialogue.
Comedy, compared with other film genres, puts much more focus on individual stars, with many former stand-up comics transitioning to the film industry due to their popularity. While many comic films are lighthearted stories with no intent other than to amuse, others contain political or social commentary (such as The King of Comedy and Wag the Dog).

BLOCKERS For decades, beginning with the groundbreaking Porky’s and extending to modern classics from Superbad  to American Pie, guys have watched on-screen versions of guys like them boldly and bawdily celebrate the first time they have sex. It’s time the ladies have their shot to celebrate the story of their first time in Blockers.

BREAKING NEWS IN YUBA COUNTY A deliciously wicked, dark and humorous dissection of America’s fixation on fame, notoriety, and victimhood, even while there is actual marginalization happening just out of view.

COLOSSAL is a film in which a universally recognizable story is told through a collision of genres that, a priori, is impossible.On one hand, it reflects the comical romanticism presented constantly by American independent film over the last three decades in legendary films like, Sex, Lies and Videotape, Beautiful Girls, Boogie Nights and many, many others, including recent productions like (500) Days of Summer, Young Adults and Little Miss Sunshine.On the other hand, it refers to giant monster movies that, from King Kong until today, have become icons of fantastic and catastrophic cinema, definitively bigger than life. The plot follows the financial collapse of someone who has lost her job, a situation relevant to our time, which coincides with the frustrating and messy transition to adulthood after age 30 (relevant to any time).

DADDY’S HOME It’s Step-Dad vs. Dad – and Will Ferrell vs. Mark Wahlberg – in the family comedy Daddy’s Home, about a mild-mannered radio executive who must take on the ultimate “dad-versary” when his wife’s motorcycle-riding, freewheeling, secret operative ex breezes back into town.The film is directed by Sean Anders from a story by Brian Burns and a screenplay by Brian Burns and Sean Anders & John Morris.

DEADPOOL 2 After breaking box office records, Ryan Reynolds returns as Deadpool and this time the Merc with the Mouth’s movie is bigger and more badass than ever. Deadpool debuted in February 2016 with the biggest R-rated opening of all time and went on to be the highest-grossing R-rated film in history with more than $750-million globally. Deadpool was also honored as the first live-action superhero movie to be nominated for a Golden Globe for Best Picture in the Comedy or Musical category, and Ryan Reynolds was also nominated as Best Actor.

DESPICABLE ME 3 Founded with the mission to produce both original stories and adaptations of beloved classics, Illumination is known for developing dimensional and distinctive characters who embody both the sweet and the subversive.  Their often mischievous antics are balanced by good intentions and innocence, making them lovable and relatable.  As such, the Despicable Me franchise has become the defining DNA of the company. Daurio, alongside writing partner Paul, has collaborated with Meledandri since their days at 20th Century Fox on Dr. Seuss’ Horton Hears a Who!.

DIS KOUE KOS SKAT writer-director Etienne Fourie, who caused an uproar with his sensational Die Windpomp, now wows us with his delightful Dis Koue Kos, Skat, based on the novel by Marita van der Vyver.

EARLY MAN is the new prehistoric comedy adventure from four-Time Academy Award®-Winning Director Nick Park And Aardman, The Creators Of Wallace and Gromit and Shaun The Sheep, and took 8 years to reach the big screen.

FINDERS KEEPERS was conceptualized by South African director Maynard Kraak back in 2012 when he set up West Five Films, but it was not until early 2014 that he brought his very good friend Strini Pillai,  onboard to write the screenplay for the pilot film project of the Emerging Black Film Maker initiative, run by the NFVF and the IDC.

GHOSTBUSTERS The new journey began with director Paul Feig, who, as the creator of “Freaks and Geeks” and the director of Bridesmaids, The Heat, and Spy, has built an impressive comedy resume of some of recent years’ most successful, groundbreaking, and memorable comedies. With the studio and Reitman in his corner, Feig teamed with Katie Dippold to co-write the screenplay.

GRINGO Funny, unpredictable and heartfelt, Gringo offers moviegoers a fresh take on the action comedy genre. “It’s so rare to find something original, but Gringo is like nothing I’ve ever seen or read before,” observes Charlize Theron. “The film is incredibly funny and poignant at the same time. It speaks about social conditions in the world right now in a very entertaining way, like you’re eating your spinach and don’t even know it. The actors who came on board are all at the top of their game, and beyond that, I think Nash is a really special filmmaker.”

GUARDIANS OF THE GALAXY VOL 2. Writer-director James Gunn continues the action-packed, irreverent, epic space adventures of Peter Quill aka Star-Lord and his gang of eccentric characters as they patrol and protect the universe, doing mercenary work in the wake of the popularity and fame they garnered from saving Xand

HAMPSTEAD Inspired by a true story, Hampstead is a charming and funny life-affirming tale about how love can be found in the most unexpected places and proves once and for all that age is no barrier to second chances.

ICE AGE: COLLISION COURSE Audiences everywhere love the Ice Age films, which is the second biggest animated motion picture franchise in the world.  Each new story increases the stakes, scale, adventure, humor and heart—making Ice Age: Collision Course the biggest and most ambitious film of the series. It was directed by Mike Thurmeier and co-directed by Galen Tan Chu,[6] and written by Michael Wilson, Michael Berg and Yoni Brenner.

JONATHAN Writer-director Sallas De Jager about his uproarious comedy Jonathan that deals with a dreamer and wannabe stand-up comedian who embarks on a roller coaster journey of self-discovery.

KAMPTERREIN Holiday mayhem is the order of the day in this contemporary South African family comedy. It is directed by Luhann Jansen whose previous projects include the acclaimed series Sterlopers 1 and 2 for Kyknet. It is produced by Marcus Muller and Morne Lane of Incense Productions, and the executive producers are Joost Smuts, Johan Mehmeyer and Lizelle Demos. Screenplay by Morne Lane

KEEPING UP WITH THE KANDASAMYS Produced by Junaid Ahmed and Helena Spring with screenplay by Jayan Moodley and Rory Booth, Keeping up with the Kandasamys, promises audiences some truly funny laughs about families, relationships and “neighbourhood-envy”.

LATE SHOW Much like the character Katherine Newbury in Late Show , actor, writer and producer Mindy Kaling is an entertainment industry pioneer, breaking down barriers by becoming the first woman and first person of color to write for the hit sitcom “The Office,” then creating and starring in her own show, “The Mindy Project,” and penning two best-selling books. Now, the creative dynamo, who has emerged as one of the most original comic voices of her generation, has channeled her own career experiences into her first feature screenplay, which takes a behind-the-scenes look at the world of television comedy.

LIFE OF THE PARTY The powerhouse husband and wife team  Ben Falcone and Melissa McCarthy team up for the comedy Life of the Party, with Falcone directing from a screenplay by him and McCarthy and produced through their production company, On the Day.

MADAME For Amanda Sthers, “A good story is a good story. But sometimes, novels deal with abstract ideas. Some of the ones I have written could not be adapted on screen. Madame could be a novel or a film, but above all, it could be a drama or a comedy. When I pitch the film, I try to remain between the two, because life is not just black or white: Tears can well up in the middle of laughter, or the opposite. That’s what I like about Italian cinema.”

‘N PAWPAW VIR MY DARLING A tale of humour, pathos and clever social commentary on the life of a family who lives in Damnville. Writer-Director Koos Roets had already become acquainted with the novel of the same name by Jeanne Goosen in 2010.

PIRATES OF THE CARIBBEAN: SALAZAR’S REVENGE When Jerry Bruckheimer and Disney got set to jump into making Pirates of the Caribbean: Salazar’s Revenge, the fifth chapter in the $3.7 billion Pirates of the Caribbean franchise,  they began a search for a new story that would take the series a few steps forward, while at the same time harken back to the elements of fantasy, action, comedy, and elements of the supernatural that had made the first film such a sensation.

SHERLOCK GNOMES The beloved garden gnomes from Gnomeo And Juliet are back for a whole new adventure in London.This action-packed animation film is Executive produced by Sir Elton John, Produced by Steve Hamilton Shaw, David Furnish, and Carolyn Soper. Based on characters by Rob Sprackling & John Smith, Andy Riley & Kevin Cecil, Keely Asbury, and Steve Hamilton Shaw, the story is by Andy Riley & Kevin Cecil and Emily Dee Cook & Kathy Greenburg, with a screenplay crafted by Ben Zazove, and directed by John Stevenson.

SNAAKS GENOEG,  an original piece written and directed by David Moore, follows a down-and-out comedian (Casper de Vries) who drifts from one small town to another.

SOMER SON “There needs to be a balance between inspiration and awareness of your market. We tried to accommodate this while still telling a universal story, says writer-director Clinton Lubbe of his delightful Afrikaans film Somer Son, which he co-wrote with Luan Jacobs (a proud graduate of The Writing Studio) and Zandeli Meyer, based on a story by himself and Jan-Lourens van der Merwe.

SY KLINK SOOS LENTE Stiaan Smith is an award-winning actor and writer for both screen and stage who asks: What do you do when you meet the girl of your dreams and realise you’re not good enough for her?

WONDER BOY FOR PRESIDENT Writer-director John Barker, a proud graduate of The Writing Studio, who is turning politics inside out and upside down with his biting independent mockumentary Wonder Boy For President.

WONDERLUS In the new Afrikaans romantic comedy Wonderlus, a wedding goes awry and the morning after, friends and foes need to piece together the puzzle of the night before. In search of answers, a groom (Edwin van der Walt) needs to pursue the love of his life, a bride (Mila Guy) has to untangle herself from the past and a waitress (Lea Vivier) tries to escape the present.