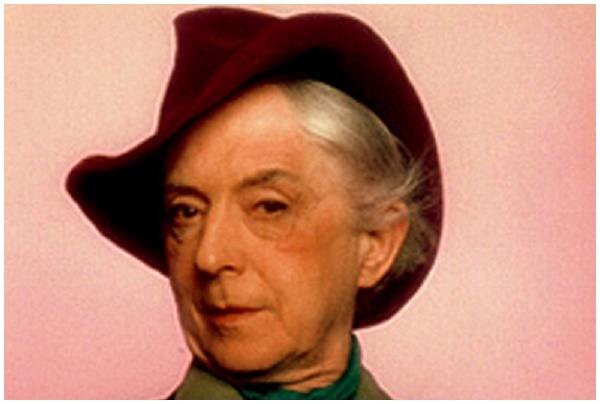 In his book How To Go To The Movies Quentin Crisp says that:

Opium is the religion of the people, or it was until very recently when cocaine came back into fashion, but we are told by heaps of teenagers that the ecstasies of crack only last about a quarter of an hour – hardly as long as a travelogue or an animated cartoon. A first feature lasts eight times as long. No toxic substance is the real answer. Comrade Dostoyevsky said that without tobacco or alcohol, life for most men would be intolerable, but he had never been to a double feature.

The world is pining for a steady diet of celluloid; it desperately needs an alternative life to that through which it drags itself at the office or, worse, at home. This other existence need not be prettier, but is must be richer; it must have the power to use those capacities for love and courage for which we can find no worthy object in real life.

Crisp (born Denis Charles Pratt, 25 December 1908 – 21 November 1999) was an English writer and raconteur. From a conventional suburban background Crisp grew up with feminine tendencies exemplified by his make-up and painted nails and work as a rent-boy. He then spent thirty years as a professional model for life-classes in art colleges. The interviews he gave about his unusual life attracted increasing public curiosity and he was soon sought after for his highly individual views on social manners and the cultivating of style. His one-man stage show was a long-running hit both in England and America and he also appeared in films and on TV. Read more

The way to go to films is incessantly

The more often we visit the cinema, the more exciting the experience becomes, not the more boring. Films teach us how to see them; they are written in a language that we must learn. In a carefully constructed, well-told film, we can perceive and interpret the slightest tremor of the camera, the most fleeting glance of an actor.

The way to go to films is reverently

We must be prepared to believe in the most improbable hypothesis, provided that it is presented to us with sufficient conviction, enough passion. We must surrender our whole beings to whatever reaction the story demands – gasping, laughing, weeping, wincing, sighing with utter abandonment.

The way to go to films is critically

We must take to each cinema two pairs of spectacles. While we plunge into each film as though it were happening to us, we must also watch it from a distance, judging it as a work of art. Thus, to seeing a film will be added an extra pleasure that can never be derived from real life, which has no plot and is so badly acted. This dual vision is especially beneficial when watching a film made in a different era. If we go to films often enough and in a sufficiently reverent spirit, they will become more absorbing than the outer world, and the problems of reality will cease to burden us.

Read Quentin Crisp’s books ‘How to go to the movies: A guide for the perplexed’, combining his love for the cinema and his notorious wit.

I am certain you will even consider watching the film ‘The Naked Civil Servant’ once you’ve discovered Crisp’s delightfully wicked mindscape.