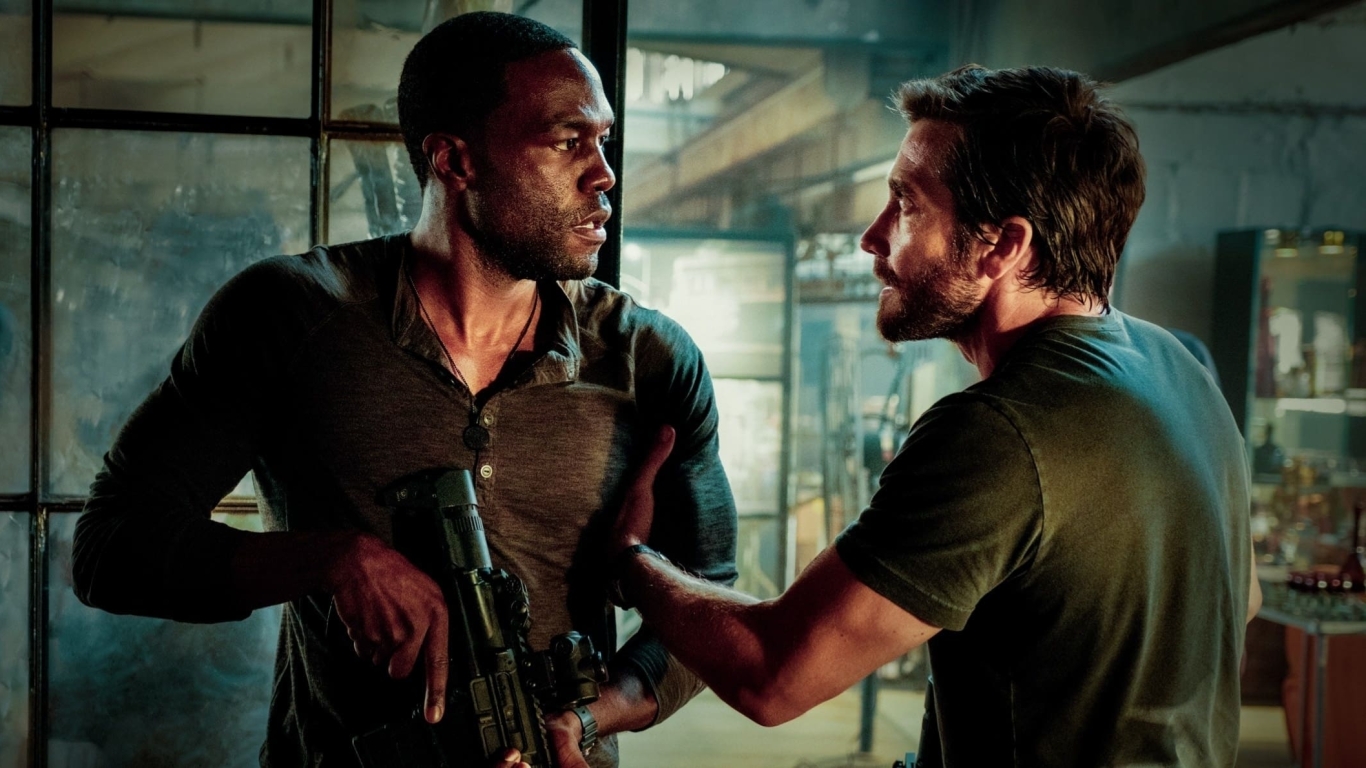 Inspired by such modern action classics as Die Hard and the original Taking of Pelham One Two Three, and 1970s classics like The French Connection and Dog Day Afternoon, Screenwriter Chris Fedak aimed for his screenplay of Ambulance to become the most nerve-wracking two-plus hours audiences could spend in a cinema-going from one critical situation to another with interwoven narratives.

Fedak had built an impressive career in television as a writer and executive producer on multiple series, including NBC’s Chuck, which he co-created, but he was eager to try his hand at writing for film.

Around that time, Fedak’s Danish manager, Mikkel Bondesen, introduced him to the Danish thriller Ambulancen, written by Laurits Munch-Petersen and Lars Andreas Pedersen, which had been optioned by Fedak’s friend and university classmate James Vanderbilt and his fellow producers Bradley J. Fischer and William Sherak.

Fedak immediately saw the potential. The film featured two bank robbers who hijack an ambulance with a heart-attack patient on board. “I loved that core concept, two bank robbers hijacking an ambulance,” Fedak says. “My idea was to take that and turn it into a big action movie,” Fedak says. “I thought, ‘What if you take that small, intimate thriller, put it in Los Angeles, and make it into the biggest, craziest, most action-packed day that you can possibly think of?’”

Key to Fedak was constructing a narrative in which there were no purely good or bad characters. “There are a number of heroes and villains who keep changing throughout the story—depending upon what they know, what they need, and the information that they have,” Fedak says. “Sometimes they make mistakes. Sometimes they do the right thing; often they make the wrong choice. Cops, bank robbers, paramedics. They all have their lanes and I’m fascinated when the lines blur in a crisis and those lanes run into one another.”

The producers and Fedak developed the screenplay over several years, and a number of filmmakers were drawn to the high-tension, character-driven crime thriller, but the stars never quite aligned. “What’s unique about this story is that it has this big idea and big hook, but as a thriller and action script it has great characters to latch on to as well,” Bradley Fischer says. “We never had a hard time getting talented filmmakers interested; it just took time for all the right pieces to fall into place.”

Prior to writing Ambulance, Chris Fedak (Screenplay by) created & co-created numerous hit TV shows including Fox’s Prodigal Son, ABC’s Deception, and NBC’s Chuck. He was also an executive producer on DC’s Legends of Tomorrow and ABC’s Forever. Before that, he was a film archivist at the Academy of Motion Picture Arts and Sciences® and a film student at USC. He grew up mostly in Florida, where he sold glow-in-the-dark necklaces at Disney World

The action in Ambulance takes place over one day, but it had taken five years to arrive on Bay’s desk.

In 2020, a worldwide pandemic derailed and delayed film releases and productions across the industry, but for filmmaker Michael Bay, it ignited one. In the fall of 2020, Bay, the visionary director of some of the biggest studio hits of all time including the Transformers franchise, Armageddon, Bad Boys and Bad Boys II, Pearl Harbor and The Rock, was on the hunt for a project that would allow his crew to do a tight shoot in Los Angeles during COVID-19 lockdown protocols.

In fall 2020, the producers learned that Michael Bay was looking for a project that would allow his crew a quick shoot in Los Angeles during the city’s pandemic lockdown. “Bay was someone we’d always thought it would be a great movie for,” Fischer says. “It hit all of the elements that he does so incredibly well—not just the action sequences and car chases, but it also gave him an opportunity to do something that went back to earlier films of his like Bad Boys and The Rock, ones that have wonderful characters at their centre. His action isn’t just about big, visceral effects. What is inherent in his films are the people, the circumstances they are in and how they are going to get out of them.” As Bay began his preparation, he chose not to watch the Danish film or read the script from that film, to ensure that he was not influenced by it. They planned to shoot the film in a lean 39 days.

With Bay on board, the project rocketed forward at breakneck speed. Fedak was riveted by Bay’s creative process. “We worked on the script day after day, even during production,” Fedak says. “We talked all the time—rewriting the story, taking it apart, changing pages the day of. We weren’t sure who’d survive in the end; everything was up for debate. I’d advocate for characters that I loved, and he would push to make every scene more dramatic, more cinematic. I loved the interactivity of ‘what if it’s this?’ That unexpectedness and the surprises we found along the way made it a better movie.” That process never stopped.

“Even on the last day of the shoot, Michael was texting asking for Cheetos jokes, because a couple of the characters were eating them,” Fedak continues. Still, the central tenet he had imagined years prior remained. “From the earliest draft to the time when Michael got on board, every scene was changed and every line of dialogue got zhuzhed,” Fedak says. “But our core story was always the core story.”

The shoot itself proved to be a masterclass in speed and efficiency. “Watching Michael on set—the way that he shoots, the focus and the pace that he goes—is remarkable,” producer Fischer says. “Everybody would self-drive; no frills; no one had trailers, and that all came from him—small footprint and not a lot of people. In the morning when he would get out of his car, he would immediately go to the camera. No stop for coffee, talk to the AD to review. By the time you heard his car door, he was at camera, and we were rolling in moments. It was that energy and pace, nonstop, all day, until he got back in his car and went home. You see everything on the screen.”

Over one day across the streets of L.A., three lives will change forever. In this breakneck thriller from director-producer MICHAEL BAY, decorated veteran Will Sharp (Emmy winner Yahya Abdul-Mateen Ii, Candyman, The Matrix Resurrections), desperate for money to cover his wife’s medical bills, asks for help from the one person he knows he shouldn’t—his adopted brother Danny (Jake Gyllenhaal). A charismatic career criminal, Danny instead offers him a score: the biggest bank heist in Los Angeles history: $32 million. But when their getaway goes spectacularly wrong, the desperate brothers hijack an ambulance with a wounded cop clinging to life and ace paramedic Cam Thompson (Eiza González, Fast & Furious Presents: Hobbs & Shaw, Baby Driver) onboard.