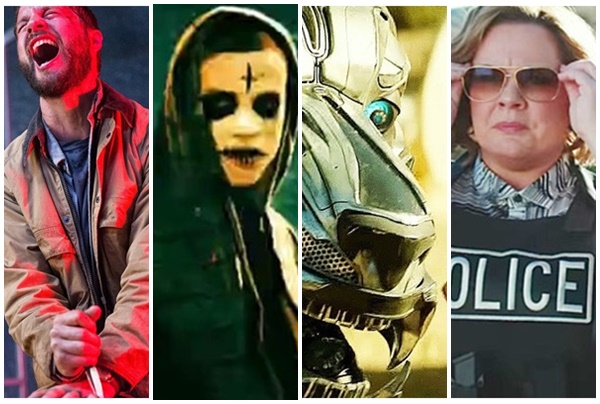 There are 26 New Films Released In South Africa during August 2018.

LOOKING FOR LOVE Following a disastrous drunken display at her younger sister’s wedding, 38-year-old Buyi has her parents worried that she’s wasting her life working meaningless jobs. Her parents insist that she take her head out of the clouds and focus on finding herself a good man and settle down. Buyi is gutted. She returns from KwaZulu-Natal feeling hopeless about her love situation. Where is a heavyset black woman going to find a man in South Africa? Desperate, she reluctantly allows her sexy best friend, Lindi to help find her a man in the exclusive ‘man market.’ Between questionable concoctions, a quirky magician with a cat obsession, and a sex addict that can’t get enough of a big butt, Buyi quickly loses hope of finding Mr. Right. A hilarious, heart-warming story of acceptance and hope. Directed by Adze ugah, screenplay by Chinaka Iwunze. A new local romantic comedy that stars Celeste Ntuli  Trailer / Showing from 31 August

HOTEL TRANSYLVANIA 3: SUMMER VACATION Join the monster family as they embark on a vacation on a luxury monster cruise ship so Drac can take a summer vacation from providing everyone else’s vacation at the hotel. It’s smooth sailing for Drac’s Pack as the monsters indulge in all of the shipboard fun the cruise has to offer, from monster volleyball to exotic excursions, and catching up on their moon tans. But the dream vacation turns into a nightmare when Mavis realizes Drac has fallen for the mysterious captain of the ship, Ericka, who hides a dangerous secret that could destroy all of monsterkind. Read more / Trailer

FIRST PURGE Behind every tradition lies a revolution. Next Independence Day, witness the rise of our country’s 12 hours of annual lawlessness. Welcome to the movement that began as a simple experiment: “The First Purge.” To push the crime rate below one percent for the rest of the year, the New Founding Fathers of America (NFFA) test a sociological theory that vents aggression for one night in one isolated community. But when the violence of oppressors meets the rage of the marginalized, the contagion will explode from the trial-city

borders and spread across the nation. Read more / Trailer

THE HAPPY TIME MURDERS When the puppet cast of an ’80s children’s TV show begins to get murdered one by one, a disgraced LAPD detective-turned-private eye puppet takes on the case. Directed by Brian Henson, starring Elizabeth Banks, Melissa McCarthy, Joel McHale. Read more / Trailer

EVA Eva is a 2018 French drama film directed by Benoît Jacquot. It is based on the novel Eve by James Hadley Chase. It was selected to compete for the Golden Bear in the main competition section at the 68th Berlin International Film Festival. Eva seems to have all the ingredients needed for a nail-biting, bodice-ripping psychosexual French thriller.Adapted by Jacquot and screenwriter Gilles Taurand, the story centers on a young gigolo, Bertrand (Gaspard Ulliel), who, in the film’s well-staged opening sequence, steals the manuscript of a dying client.Cut to a year or so later, with Bertrand now a celebrated playwright dating the perfect blonde (Julia Roy) and living in a decked-out Parisian apartment. The only problem is that his producer (Richard Berry) has been waiting impatiently for a new play, which the imposter is somehow supposed to write.It’s based on a juicy 1945 pulp novel (written by James Hadley Chase) that was first brought to the screen by blacklisted Hollywood filmmaker Joseph Losey (in a 1962 version starring Jeanne Moreau). It has an eerie lakeside setting in the photogenic city of Annecy, situated at the foot of the French Alps. And it has a first-rate cast toplined by Isabelle Huppert, who plays the film’s titular character with a sly, slightly aloof je ne sais quoi abandon. Read more / Trailer