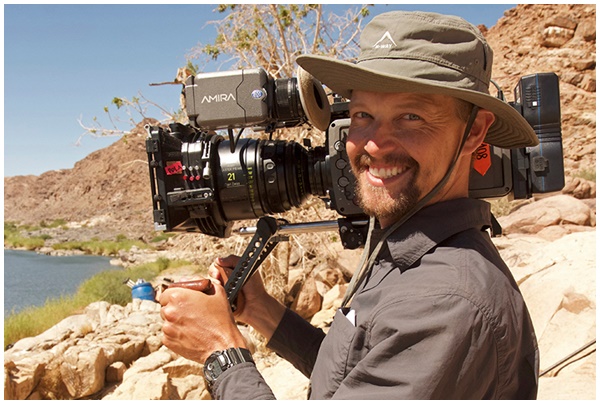 Actor, writer and producer Ivan Botha is well known for his work in the box-office hits Pad na jou Hart and Vir Altyd.  Pad na jou Hart was crowned as Film of the Year 2014 and Ivan also won the Tempo award for Actor of the Year for his lead roles in both these movies at the 2014 and 2016 Tempo Awards. Together with Donnalee Roberts, Ivan is responsible for co-writing, co-producing and marketing of these films.

Ivan is the co-owner of the production house 17 FILMS that specialises in the development, production and marketing of quality, value-based films. 17 FILMS was also responsible for the marketing of the successful film, Ballade vir ’n Enkeling.

After almost ten years in the film industry, Ivan is ready to make his debut as director in 2018. He directed the new adventure film, Stroomop, that will be released in August 2018.

Ivan received his national diploma in Drama from the Technical University of Tshwane where he specialised in directing and scriptwriting. Since then he’s appeared in well-known television series, including 7de Laan, Villa Rosa and Getroud met Rugby. His film credits include Hond se Dinges, Superhelde, Roepman, Verraaiers, Bakgat 1, 2 and 3, Pad na jou Hart and Vir Altyd. Ivan’s passion was born on stage where he had roles in Dis Ek, Anna (2006), Hel op Hemel en Aarde (2011), Ben, Babsie en Familie (2013) and Beurtkrag (2016/2017).

Ivan Botha directed Stroomop from a screenplay crafted by himself, Donnalee Roberts (marking their third film together) and Sean Robert Daniels.   Visit the Stroomop website

Stroomop is a film about self-discovery, forgiveness, healing and acceptance. As a team, we travelled daily with our characters on this life-changing journey of survival and discovered all the wonderful and difficult elements of being a woman with these phenomenal women. Together we swam rivers, climbed mountains, rowed the toughest rapids and, to be very honest, sometimes it was terrifying, but with each stroke upstream, we became stronger and braver.

Stroomop follows the lives of five very unique, very diverse women who are all trying to keep their heads above water on this river we call life, but who are actually busy drowning under the weight of the definition of being perfect … Perfect mother, perfect woman, perfect career, perfect weight, perfect hair … (Yes, this list can become very very long!) Women who are being tossed about in the biggest waves that sometimes thunder over all of us in life, or who have simply been swept away in an unending  stream of worldly expectations and who have completely lost their own identity.

So we want to lift a (half FULL) glass today and say no, stop looking in all the wrong places – everything we need to overcome any challenge and everything that we’ve been made to be is already there, inside of us, just waiting for us to discover it. Only when you realize this will you be able to swim UPSTREAM, will you become stronger with each stroke that you give, will you be able to swim away from the norm and determine your own norm, will you discover what makes YOU beautiful and unique and what really makes you shine from the inside!

Why have you decided to make your debut as a director with Stroomop?

The fact that the story and characters are well rounded and filled with twists and turns attracted me to the story. It’s an honour to be apart of a film celebrating women.

What inspired the screenplay?

We wanted to tell a story where women are the heros of their own story, a film about self discovery, self acceptance, forgiveness and healing.

You co-wrote the screenplay with DONNALEE ROBERTS and SEAN ROBERT DANIELS. Tell me about the collaboration?

It was awesome to collaborate, writing is often a lonely process. Each of us have unique strengths when it comes to writing and I believe each of our individual skills complimented the story.

Do you find it easier to write a screenplay by yourself or with collaborators you trust? Tell me about this?

Donnalee and myself have been writing together for six years, I would not have it any other way. Writing together works well for us, it allows for an immediate second opinion, and double the creativeness.

Stroomop is a film where the women save themselves … is this something you could easily relate to as a writer and director?

Yes, the people who have inspired me the most in my life happen to be women, my mom, daughter and Donnalee. Strong women who swim STROOMOP daily and are the heros of their own journey.

Tell me about the process from page to screen… what were the obstacles and how did you overcome it?

The logistical elements regarding filming on water was our biggest challenge, in the writing process we did not allow anything to hold us back. We did a lot of test shoots on water to make sure we are prepared on the day. The reality of stunts and resets is a slow proses, we had to plan well and give enough time to execute the script well.

How much has the industry changed since Vir Altyd?

I see more and more film-makers around me, more genres being explored more daring stories being told. It is an exciting time to be in the industry.

It would be ideal to have more time in development, it is something we need to seriously focus on as producers, to allow more time and money for the story is essential. I also believe that writers should start to collaborate more, co-writing is the norm when it comes to international productions.

What advice would you give writers to get their work produced?

Story story story. Make sure your story or even script / treatment is in a well developed place before you approach a producer, be clear regarding why this story needs to be told and for who the story is.

It must have been an exciting and insoiring experience making your debut with a film that features the top talent in South Africa? How much did they contribute to the process?

My cast and crew were and are world class, I could not have asked for better. As mentioned with the writing, film-making is a team effort. It takes a village.

What do you expect audiences to get from Stroomop?