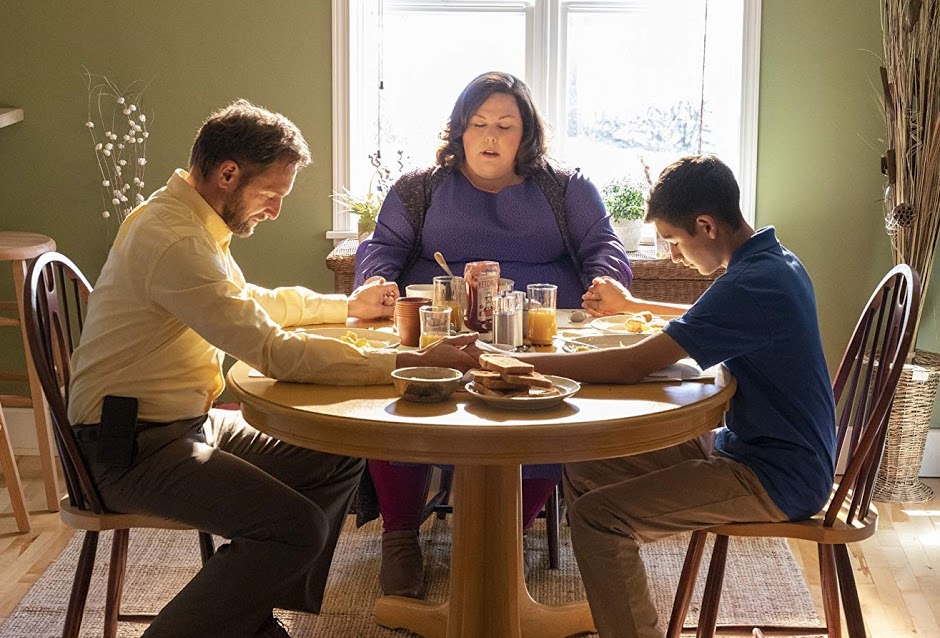 Breakthrough is based on the incredible true story of one mother’s unfaltering love in the face of impossible odds, an enthralling reminder that faith and love can create a mountain of hope, and sometimes even a miracle.

Adapted for the screen by Grant Nieporte (Seven Pounds) from Joyce Smith’s own book (The Impossible), Breakthrough is based on a true story of a mother who prayed her son back to life after he fell through a frozen lake
in Missouri and died and how this miracle impacted an entire community.

Her steadfast belief inspires those around her to continue to pray for John’s recovery, even in the face of every case history and scientific prediction.

John Smith was underneath the ice for 15 minutes, with no oxygen. When EMS workers rescued him, he had no pulse. They rushed him to the emergency room and worked on him for another 45 minutes.

The doctors could not bring him back to life.

When they brought Joyce into the emergency room and she saw her son laid out on the table, dead, instead of saying goodbye, she grabbed his feet and said, ‘Holy Spirit please bring back my son right now!’

The miracle of John coming back to life is only the beginning of the story and a catalyst for a series of other miracles that followed.

Producer DeVon Franklin first heard about the story through his friend Pastor Sam Rodriguez when he was a guest on Rodriguez’s Trinity Broadcast Network TV show, promoting the movie Miracles from Heaven.

His other guests on the show were Pastor Jason, and Joyce and John. Rodriguez first found the story of John Smith in a newsfeed and invited them to tell their story on his show.

Recalls Franklin, “So they go on first and I hear their story, and I’m blown away. After the show is over, I go to them and say ‘Hey listen, I’ve got to tell your story.’”

After setting up the film at 20th Century Fox and hiring Grant Nieporte (Seven Pounds) to write the screenplay, Franklin began looking for a director.

When he met with Roxann Dawson, a highly experienced actress-turned-director best known for her work in television, she told him about her adopted daughter from China. They found Mia in an orphanage with curved legs and covered with bedsores. She had never been held and had used her feet to feed herself. Roxann and her husband Eric stayed with her for two weeks, hugging, holding, feeding and loving her, and by the end of the two weeks, her legs had straightened out and all the sores were gone.

Franklin says, “When Roxann told me that story, I knew she was the perfect director for this film about the power of a mother’s love. Finding her was a blessing.”

Recalls Dawson, “Having an adopted daughter, I felt like I really understood John and Joyce and what they were going through. This story is not just about one miracle, it’s about a series of miracles that happen to John and Joyce and that family, and the community. It’s like a ripple in a lake when you throw a rock into it. The circle keeps getting wider. Those miracles just keep moving out.”

Franklin hopes the film will be a catalyst for positive transformative change in the life of everyone who sees it.

“We live in a time so divisive, where everybody is on different sides of the political aisle, and have different points of view on so many things. That division can keep us from reminding ourselves, we’re still brothers and sisters. We’re still in this together. I might not agree with you but I’ll pray with you. My hope is that this movie can really stimulate and be a catalyst to get people back to praying together.”

He continues, “I truly hope that audiences take away from this movie, hope. Faith. Love. Joy. Community. And that all things really are possible. They may not always work out the way you want, and may not always fall in line, but when you are down you will see who really cares about you. Sometimes I think things don’t work out the way we want, so that we understand we’re more loved than we think. I hope and pray anyone who watches it will believe there really is a plan for your life.”

Dawson says, “I hope that everybody will walk out of this movie feeling there is hope for us. In a world that feels chaotic, there is hope we can find common ground. Love really is at the core of everything, if you really distill it down, and if we can come back to remembering this. Maybe this movie can help remind us in one small way.”

Says Josh Lucas, “I hope that audiences that are not necessarily faith-based come and see the movie and see a story that makes them have some questions about what is faith, and their own faith. Whether you’re a believer or not I think you take away something from this movie, and this story more than anything makes you go ‘There is something bigger out there.’ Whatever your beliefs are. I think it could be a movie where you go home and lay in bed that night and have some interesting thoughts and questions, and maybe some challenging ones about yourself, about what you’re going through in your own life.”

Chrissy Metz (who plays Joyce Smith) adds, “I hope audiences take away that love can truly move mountains. In that collective consciousness or prayer, in that quiet still time, those moments really make a difference in that you can change your life and you can change your mind. And when you do that and you believe in the power of positivity and prayer you would be amazed what could happen.”

Screenwriter Grant Nieporte is best known for writing Seven Pounds, starring Will Smith, Rosario Dawson, and Woody Harrelson. His original script for Seven Pounds was a top ten finalist on The Blacklist, the annual ranking of the “most liked” scripts in Hollywood. Grant’s career began on the hit ABC sitcom Home Improvement starring Tim Allen, where he served as a Technical Consultant. Grant spent a decade learning the ropes in television working on network shows like Sabrina the Teenage Witch, Jack and Jill, and 8 Simple Rules, but his first love has always been feature films. Grant just finished co-writing the true-life legal drama Cobalt. Grant is also producing the book adaptation of Hope Heals with Ian Bryce (Saving Private Ryan) that is in active development. Hope Heals is the first project under Grant and partner Bob Smiley’s Humble Picture Company. Currently, Grant is planning his next project with producer DeVon Franklin.