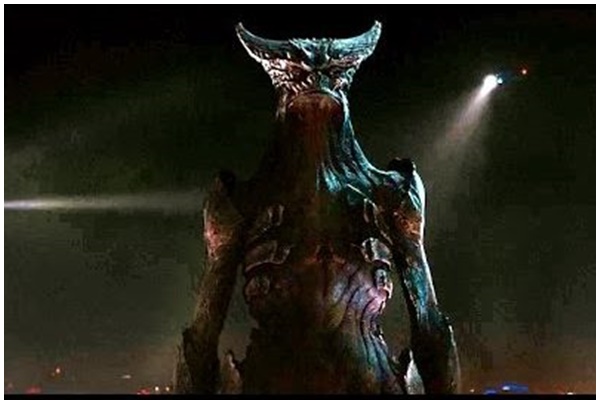 Colossal is a film in which a universally recognizable story is told through a collision of genres that, a priori, is impossible.

On one hand, it reflects the comical romanticism presented constantly by American independent film over the last three decades in legendary films like, Sex, Lies and Videotape, Beautiful Girls, Boogie Nights and many, many others, including recent productions like (500) Days of Summer, Young Adults and Little Miss Sunshine.

On the other hand, it refers to giant monster movies that, from King Kong until today, have become icons of fantastic and catastrophic cinema, definitively bigger than life. The plot follows the financial collapse of someone who has lost her job, a situation relevant to our time, which coincides with the frustrating and messy transition to adulthood after age 30 (relevant to any time).

Anne Hathaway plays Gloria, (a woman lost and thirty-something faced with sentimental and professional failure), who is seeking refuge in the town where she grew up; a refuge which puts her in an even deeper hole.

Gloria is an ordinary woman who, after losing her job and being kicked out of her apartment by her boyfriend, is forced to leave her life in New York and move back to her hometown. When news reports surface that a giant creature is destroying Seoul, Korea, Gloria gradually comes to the realization that she is somehow connected to this far-off phenomenon. As events begin to spin out of control, Gloria must determine why her seemingly insignificant existence has such a colossal effect on the fate of the world.

During the first half of the film, Gloria meets Oscar, played by Jason Sudeikis, an old friend from elementary school, a source of financial and emotional support. In fact, many in the audience will think that this is a story about two people being romantically reunited. But in this film, Anne Hathaway and Jason Sudeikis defy the expectations of their characters and venture into territories that will be surprising for the fans of both of them.

And all of this without mentioning the giant monster that is attacking the city of Seoul in South Korea. During most of the film, Gloria and Oscar’s drama develops as the world shakes from the attack of a giant creature that looks like something out of a completely different film. We will witness this fantastic phenomenon through the eyes of the characters, who follow the tragedy in the same way that we would follow it: through the TV news and the Internet.

“We portray this far-fetched fantasy as realistically as possible. To show how we would react to seeing these images on CNN in a credible way,” says Spanish writer-director Nacho Vigalondo.

“We live an era where we are sadly used to following catastrophes, even on live TV, and Gloria’s reactions and the rest of the characters reactions have a direct echo in our own experiences as an audience and consumers of information. But this film is not an essay on our relationship with the mass media. As Gloria, Oscar, and the creature in Seoul’s relationship develops, the real nature of this story will be revealed. Colossal talks about how the size of the acts does not have to match the size of its consequences. Gloria learns in a terrible and surprising way the scale of her mistakes. And she will soon learn that in order to solve her problems she will have to grow… in every way.”

Vigalondo burst into the American film scene with his riveting directorial debut Timecrimes, which premiered at Fantastic Fest in 2008. The film went on to win critical acclaim at major film festivals winning the covered Best Feature Film at Austin’s Fantastic Fest before it was released in theaters by Magnolia Pictures.

Vigalondo went on to write, direct and produce Extraterrestrial, which was released in theaters in the USA by Focus Features. In 2014, he premiered Open Windows, starring Elijah Wood and Sasha Grey at SXSW where it was nominated for the Audience Award. The film also screened at the Toronto After Dark Film Festival, winning the Best Editing Award. Additionally, the film was also nominated for a Goya Award for Best Special Effects.

Vigalondo has won more than 80 awards in national and international film festivals. In 2005, his feature short 7:35 In The Morning was nominated for an Oscar for Best Short Film as well as an European Film Award.